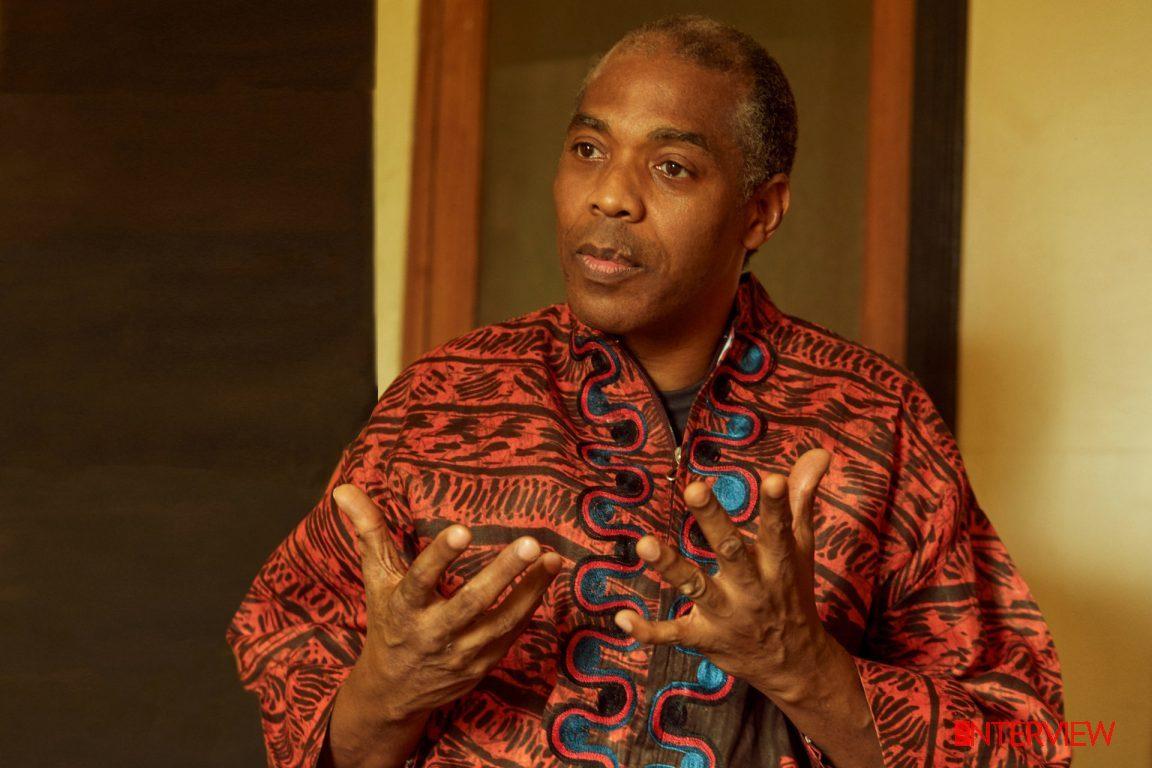 Afrobeat icon, Femi Kuti, was among the speakers at the second edition of the Midem African Forum, has spoken about the state of the nation and music as business:

What do you think every Nigerian artiste should be concerned about?

That is why it is very important to find the right manager around you who knows where the money goes and where the money comes from, who can sign you to the right record label, who knows the right PR management for you and who can help you harness your musical talents.

At a point, you need these people because the business side of music can be very consuming. The artiste needs to surround himself with people who share the same vision with him, that will protect him from signing the wrong contracts.

It is very important that the artiste has these things in place before he takes off because he won’t really have that time.

You also need a lawyer to go through your contracts, protect you and guide you. The music business is a very complex one and which needs attention.

Every artiste needs to surround himself with the right people unless he will quickly be overwhelmed and frustrated. Most importantly, to know when to break away from those not contributing to your success.

Many artistes today want the fame, that has not been my drive

At what point in your career did you decide to be involved in the business side of music?

Growing up around my father, I saw the conflicts around the music business. I never wanted to be involved in the business of music.

It’s so frustrating. I was on tour and things didn’t go as planned. I was in a mess. I couldn’t pay my hotel bills and Motown presented a contract to me.

My sister was very angry with me but I was more concerned about how I was going to pay the hotel bills. So I signed it.

The album became a hit in Nigeria, that was the album with ‘Wonder Wonder.’ But as God will have it, Motown crashed and owed me USD20,000.

If that contract had succeeded, I would have been in big trouble today. Another incident happened and I signed the contract in haste, luckily for me, I was able to scale that one too.

Indeed, I have been lucky but I know better now. I have the right lawyers working with me to go through all my contracts.

I have a good manager as well. So for the young artiste…a lot of artistes today want the fame, that has not been my drive.

I know how to play my saxophone very well and I love to perform, so the artistes must have the passion to perform. That will protect you even when you are disappointed, you will not spend your time fighting over a contract.

Some people sign contracts without including the termination clause. If you don’t have a good lawyer, you might end up fighting over trivial matters,

Also some artistes dream big, they believe that with one hit, they can shoot themselves to fame. They have to understand the business.

First of all, you must know that with the internet, nobody buys music. The worst industry to do business now is the music industry.

Nobody buys music. So what do I do with my career? I have a band, if we don’t sell albums, we can sell concerts.

When young boys and girls are walking round the street and they are harassed by the police for wearing dreadlocks or having tattoos, then we have a problem

Do you think piracy will eventually be curbed?

Piracy? We have more pressing issues such as a poor healthcare service, bad roads, the police, Special Anti-Robbery Squad (SARS); we need to solve these issues.

We don’t have electricity and you want to kill piracy. Until the government is passionate about the people, nothing will work.

If we don’t farm, we are not going to eat; if we don’t have good health system, who will work for the future? But all these are secondary because music is a profession that inspires everybody.

But where Nigeria is today, it is becoming secondary because we don’t have electricity and without that, how do you play your music? Nothing will work.

So if we don’t have a government that is passionate about the country, then nothing is going to work.

When young boys and girls are walking round the street and they are harassed by the police for wearing dreadlocks or having tattoos, then we have a problem.

These are young boys and girls who believe they are hip and believe that this is the way they should dress to express themselves, and the police doesn’t understand this. All of these are interwoven.

Piracy is the least problem we have in the country. If these things work, piracy will not work. People can be enthusiastic, because the standard of living will be affordable.

When you can take care of your basic needs, why would you think of piracy. Music is so cheap today. It is the cheapest product to buy today because of the internet.

So the government should be for the people, working for the people. If these things are working, the music business will boom immediately.

Police brutality started from my father’s time and when it was happening, everybody thought that it was because it was Fela, so it was normal for them to treat him that way

What’s your thoughts on SARS?

They should be reformed. Education and mindset of the police needs to be erased and changed.

Police brutality started from my father’s time and when it was happening, everybody thought that it was because it was Fela, so it was normal for them to treat him that way.

And my father warned us then that it is not right for a policeman to bring you out of your car and flog you. How can that kind of law work?

You don’t hear these things happening somewhere else. So the mindset of the police needs to be completely overhauled.

I remember in 1989 in Germany, I went to the police station to report and I felt like the criminal. It was so neat and organized. Just a visit to one or two of our police stations and you will see them using candle.

I was afraid as I walked in because I knew the police were all informed. They have dossiers on everybody. It’s not same here.

A complete overhaul is needed. Let’s be honest with ourselves, until we start to believe in this country, we will all be in big trouble.

Nowadays, if you give money to a young Nigerian to leave this country, he is not going to ask you questions, he will just take off. That mindset has to stop.