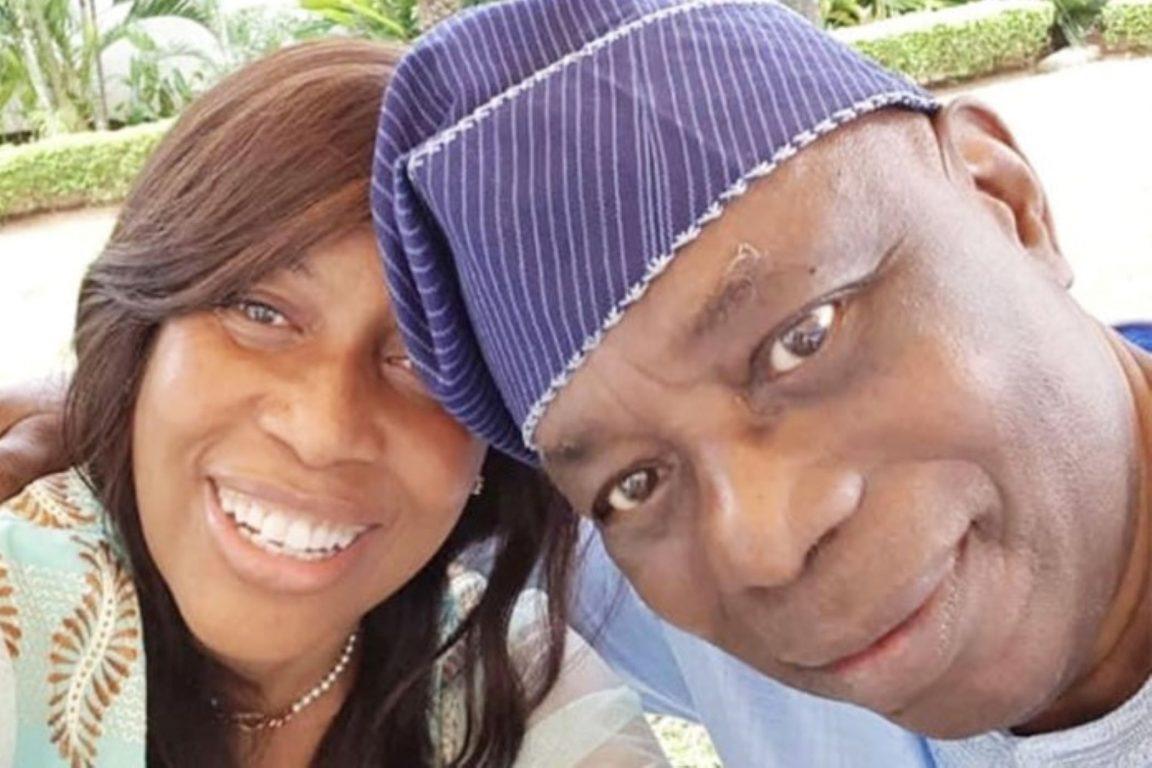 Since the shameful drama witnessed at Dr. Tosin Ajayi of First Foundation Medical Centre’s burial last week, it’s been so difficult to look the other way.

In fact, the story began last year April when the renown and quite wealthy physician died in during the COVID-19 lockdown.

Then the story making the rounds was about how his children were not informed that he was ill by his companion and civil partner of 25 years, Helen Prest-Ajayi.

The children also accused the former beauty queen of keeping their late father’s corpse from them by instructing the mortuary authorities not to grant them access to it.

Of course, since she was the one with the death certificate (having lived with him for the past 25 years and even till he breathed his last) the mortuary authorities were obligated to obey any such directive from her.

Consequently, his funeral was also put on hold till the courts stepped in and ordered that the deceased should be buried and that all the warring parties sheathe their swords and be part of the process.
Phew!

You would think that should end the matter right? Well, you haven’t met us Nigerians and our penchant for endless drama, majoring on the minors and feasting on inanities.

If the dragging of shovels right at the graveside, with the casket right there isn’t cringeworthy, then I don’t know what else that is.

Since that shovel dragging video went viral, I have read three different accounts of why the involved parties decided to redefine our conventional concept of ‘befitting’ burial for a ‘loved’ one.

How does a man leave home, wife and children due to ‘security reasons’ for 35 years; leaving his young family to whatever he must have been running from?

First, was the story as told by the deceased children who insisted that Helen Prest was never at any time married to their father although she had for a long time now been known by all as Mrs. Helen Prest-Ajayi.

They also insisted that though their late father had been separated from their mother, Oluyemisi Ajayi, for about 35 years before his death, he never divorced her, and therefore couldn’t have contracted any other marriage with any woman.

Then, we also heard from Helen herself, who addressed herself as Dr. Tosin Ajayi’s wife, as she shared her pains of being relegated during the burial rites of a man she had spent the last 25 years of her life with, and they even have a 23-year-old daughter together.

She told us how she met late Dr. Ajayi who had lived in Sheraton hotel for 10 years after leaving his wife, five children and home.

And she kept referring to herself as his wife, reinforcing the belief that while the man might not have married her ‘legally’ because of his subsisting legal marriage to Oluyemisi, there could at least have existed a customary marriage between the two.

Finally, we have now heard from Mrs. Oluyemisi Ajayi herself and I must confess, that her statement written in a letter style to her late estranged husband, left me even more confused than ever.

It’s even more cringeworthy than the debacle the world witnessed at the deceased graveside.

The over 900 words letter titled: The Story Of My 47-Yr-Old Marriage To Late Dr. Tosin Ajayi – Widow, Mrs. Oluyemisi Ajayi’, was dripping with perplexities.

For instance, she wrote, ‘We were living together with our five children happily until one day when you informed me you needed to stay away from home for “security reasons”.

How does a man leave home, wife and children due to ‘security reasons’ for 35 years; leaving his young family to whatever he must have been running from?

Apparently, that was when the marriage ended for all intent and purposes, except that according to her, he was still visiting home.

Now, we can safely assume that that was the period he met Helen, and literally built a second family and home with her.

From Mrs. Oluyemisi Ajayi’s own account, it was clear that the man never returned to her and for the next 25 years was beside Helen; in bed, at private and public events, answering her husband.

He even died with her right there at his bedside.

By her own account, she was his wife, because he never divorced her, allowed her to remain in the first house they built together (like he was doing her a favour) and also sent money for the children’s upkeep.

If by her own account they got married in 1974 and the man left home 35 years before his death, then he had spent only 12 years with her, before leaving her with five children, among whom must have toddlers at the time of his exit from the marriage.

He now went ahead to build a home with another woman for 25 years and yet, you convince yourself you are still his wife and, have rights over the other woman simply because of a piece of paper both of you signed decades ago.

Decades after the man has moved on.

What exactly do we think is a marriage? A piece of paper or the true union of two people who have agreed to be together and committed to facing life in all its shades as one?

Every marriage (except a polygamous one) involves two people and once one of the parties walks away on his own, the marriage is over, no matter what the other party feels or thinks.

Even the law recognises living apart for several years as an express ground for divorce and here we are talking about decades of not just staying away but also finding comfort and love in the arms of another woman.

Why then would you want to hang on so much as to start fighting over shovels during the burial of such a husband?

Shall we call this love or just good old unadulterated spite?

To show the other woman that she won’t have the last laugh.

Pray, what manner of laughter can you still muster when you have spent your prime waiting and even pinning for a husband who never looked back?

Every marriage (except a polygamous one) involves two people and once one of the parties walks away on his own, the marriage is over, no matter what the other party feels or thinks

How does throwing sand into his grave make up for his 35 years of absence?

Yes, we can blame the deceased from now till eternity for failing to tidy his personal and domestic affairs but then, he is gone.

It behooves on those still on this side not to worsen an already messy affair.

That’s also why I strongly believe that Helen should have left the shovel once she saw that there was a plan to ‘show’ her who the ‘real’ wife was.

But beyond all these, I think it’s also time we looked again at the laws governing marriage in this part of the world.

We claim we have an anti-bigamy law, yet none has ever been convicted even though many of our men keep observing it in the breach.

These men simply walk away from their marriages leaving the wife with an almost useless piece of paper while they move on with their lives and because they don’t want to commit bigamy, they simply cohabit with the next woman till death intervenes.

And then comes the ‘legal’ wife with a piece of paper to claim her pyrrhic – five minutes’ – victory at the graveside.