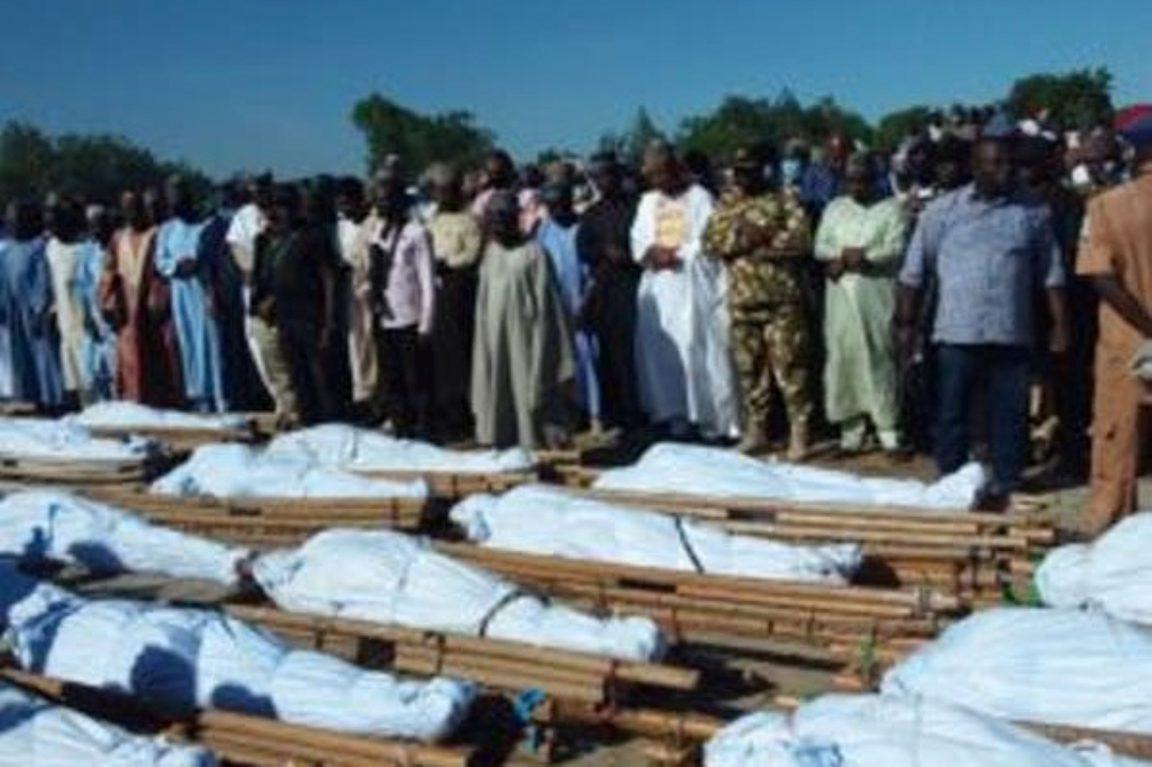 That the slain Borno farmers did not get military clearance is an inconvenient truth, but the real error of judgement was taking the government at its word.

In his inaugural speech on May 29, 2015, President Muhammadu Buhari ordered the military chiefs – the same military chiefs there today – to relocate to the Northeast, the main theatre in the war on Boko Haram.

The previous government had done poorly on security and Buhari said the only way to take the country back from the terrorists and military authorities who deployed troops to fight with bare hands while diverting money and weapons, was to send the new military chiefs to the frontline. They were supposed to report, effective immediately, and stay there until the battle is won.

I think the chiefs heard the commander-in-chief on that day. According to a BBC report on June 2, 2015, the military actually started moving its headquarters to Maiduguri, the epicentre of the insurgency, “to add impetus and renewed vigour to the fight against terrorism.”

The military issued a statement saying the new centre in Maiduguri would serve as “a forward command base for the chief of army staff and other service chiefs…without creating another layer of command structure.” They were taking the war to Boko Haram and at last, bringing hope to distraught citizens.

So, where were the military chiefs when Boko Haram struck on Saturday, beheading dozens of farmers and taking an unknown number, including women, away hostage?

Were they directing operations from a virtual base station in Abuja and therefore had no need to be on ground as the President had ordered?

As they left their homes that fateful Saturday, it’s unlikely that the farmers were so crazy to think they could fight Boko Haram with their sickles and plows

Or did they receive clearance from him to dismantle their frontline camp in Maiduguri since they have repeatedly told the public that Boko Haram has been technically defeated?

It may well be that the dead farmers needed clearance to go to their farms on that day, but from who?

From the military high command that was on a clear instruction to move to the frontline and stay there till the battle is won, but which has nonetheless been overcome by the comforts of Abuja and the indulgence of the commander-in-chief? Or from Boko Haram, which accepts only the sacrifice of human blood?

As they left their homes that fateful Saturday, it’s unlikely that the farmers were so crazy to think they could fight Boko Haram with their sickles and plows.

If they thought for a moment that it was safe to go to their farms, there must have been a good reason. For example, in October, the Commandant General of the Nigeria Security and Civil Defence Corps (NSCDC), Abdullahi Gana Muhammadu, assured farmers in the North East that they could return to their farms “to enhance the country’s food security.”

Muhammadu, who said he was following up on a 2018 presidential directive, said about 5,000 NSCDC marshals had been deployed in schools and farms in the Northeast, as part of an Agro-ranger squad supposed to assist provide basic security for farmers and students.

With a microphone good for speeches but useless for action, Muhammadu said in October that part of the brief of the Agro-ranger squad, “is to accompany farmers to their farms and accompany them back in the evenings. They also provide security on some of the roads to the farms.”

After making this heart-warming, hope-inspiring speech, Muhammadu delegated his microphone to accompany the farmers to their farms. And the sad, heart-breaking result was what happened on Saturday.

Not one of the 5,000 Agro-rangers was in Jere Local Government, quite famous for producing Maryam Abacha and also for being a major farming hub, among other things. The Agro-rangers were apparently on a holiday from Zabarmari where the farmers were murdered and others taken hostage in daylight.

But bloodletting has always gone on, it was just that the number of the victims on Saturday reached a horrific new high.

According to a BBC report 22 farmers were killed in separate attacks while working in irrigation farms in September.

Over 20,000 have been killed and two million displaced since the insurgency started over a decade ago.

As the number of victims has mounted, so has the scale of excuses.

I believe our soldiers are doing the best they can in extremely difficult and dangerous circumstances.

If out of the five major roads leading in and out of Borno State – Konduga-Barma-Gwoza-Yola; Dambua-Biu-Gombe; Baga-Niger; Dikwa-Chad; and Damaturu-Potiskum-Yobe-Kano-Bauchi roads – only the last one is accessible, and even so, you have to be mad to risk it, then we have a very serious problem

Yet, up the chain of command, excuses are armed, fortified and deployed in the field, where competence and leadership should be provided.

After the Zabarmari killings on Saturday, the military high command said it was doing its best and blamed communities for not providing information.

In other words, communities hate themselves so much they would rather die at the hands of Boko Haram, than volunteer information to save their own lives.

If the service chiefs under Jonathan had told the country that they were failing in the fight against Boko Haram because communities were failing to provide information – and God knows they would have been right – we would still have strung them with live cables and hung them out to dry.

It has obviously taken five years for the military high command to find out that the average Nigerian – whether a Zabarmawa or an Ijebu man – doesn’t trust the man in uniform?

And we should be clapping for this exceptional sociological discovery after what happened on Saturday?

Sources in the Northeast told me on Wednesday that while Boko Haram may have been indeed responsible for the tragic murders as it claimed, shrinking arable land linked to climate change and compounded by insurgency, may also have exacerbated the deadly power struggle among ethnic groups, especially among the Zabarmawa mostly farmers and fishermen (originally from Sokoto/Kebbi/Zamfara) and the Kanuri.

In a COVID-19 year, when hunger and poverty are writ large, the scale of conflict over land rights, is better imagined.

How this deadly struggle for land, worsened by the increasing siege around Maiduguri, may be feeding insurgency around the Northeast should be a matter of concern for military intelligence, as it seeks to rebuild trust.

Sure, Abuja and environs are not what they used to be pre-2015. They’re safer and more secure.

But Abuja is not Nigeria, however much politicians like to pretend otherwise.

As long as any part of this country is beset by insurgency, as long as people cannot travel the highways or stay in their schools or homes without been afraid that they would be kidnapped or go to their farms without fear of being murdered, then the battle is far, very far, from being won.

It has obviously taken five years for the military high command to find out that the average Nigerian – whether a Zabarmawa or an Ijebu man – doesn’t trust the man in uniform?

Government officials have exhausted the lame excuses that terrorism is a global problem or that angry Martians are not helping to supply arms and equipment to our troops.

Yes, terrorism is a global problem, and yes, the politics of arms supply can be nasty and frustratingly difficult.

But the only countries losing citizens in the numbers and horrific ways we’re losing them and are still making excuses are failed or failing countries. Make your list.

If out of the five major roads leading in and out of Borno State – Konduga-Barma-Gwoza-Yola; Dambua-Biu-Gombe; Baga-Niger; Dikwa-Chad; and Damaturu-Potiskum-Yobe-Kano-Bauchi roads – only the last one is accessible, and even so, you have to be mad to risk it, then we have a very serious problem.

If, as the Shehu of Borno said in August, citizens cannot travel 10km outside Maiduguri; if despite trying prayer warriors from Saudi Arabia, and putting his own life on the line several times, Governor Babagana Zulum is now forced to ask for help from mercenaries to tackle Boko Haram, then surely citizens may soon find themselves not only needing clearance to go to farm; they may also need it to stay at home.

The condolence register is full. Buhari must meet the challenge, now.