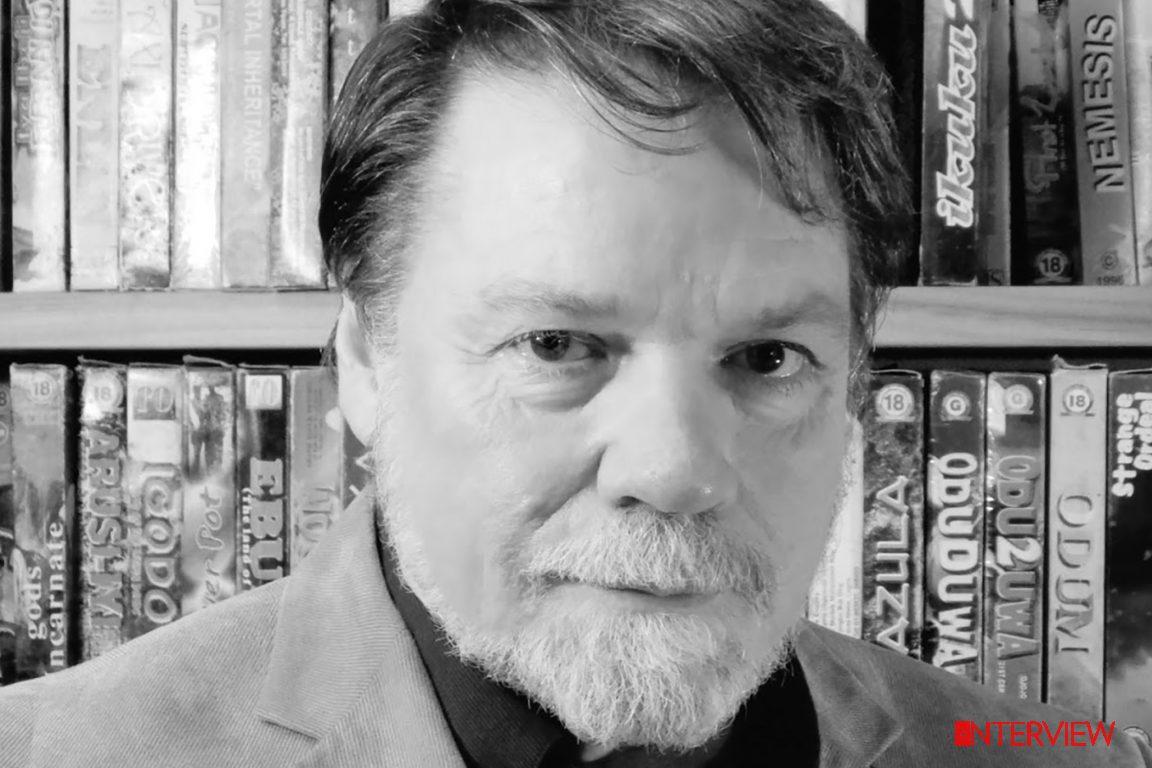 Jonathan Haynes is an American author and lecturer who first visited the country as a Fulbright lecturer in the 90s. During that stay, his curiosity about the black populous Africa nation led him to the intriguing world of the Nigeria film industry. Guided by film aficionado, Onookome Okome, he explored the dynamic landscape of the film industry which are translated into books such as ‘The Nigerian Video Films’. In this interview, he shares his thoughts on the transformations he has seen in the film industry so far.

Your book opens with vivid descriptions of some parts of Lagos, why is that?

For a couple of reasons, I’m just fascinated by Lagos. One of my projects is to get to know the city better while I’m here. My main project really is to catching up with the transformations in the film industry.

What transformations have you seen in the Nigerian film industry so far?

Well, the intervention of franchise and corporation into the economy. Nollywood used to be organised on a completely different economic basis. Also technological basis has a lot to do with the shift from video films to non-tangible media like satellite broadcasting.

When you change the economic and technological basis of the industry, you are really changing everything sooner or later. It is possible to exaggerate but in Nollywood, new things are always happening but the old things never go away.

They keep coming up with different sections of production and that has always been interesting to me and it still does and it is changing in a very interesting way. In my book I was kind of writing about the geographical structure of the film industry.

I started with Surulere and then other places. But now, there are many people doing interesting things like Iroko, MultiChoice, so more and more parts of the city is getting open to the film industry.

You mentioned different Nollywood genres in your book such as the occultic wars and family epics which according to you reflects the culture of the people. Are these genres still reflected in today’s Nollywood?

They are very much still there. MultiChoice has channels dedicated to Nigerian movies; the Africa Magic Channels. I was telling stories about a bunch of different genres in the book. I hope I was clear in the beginning that I’m not pretending to be very comprehensive because that is impossible.

And no condition is permanent. Things will only change and new things will happen. The genres are always in motion, and new ones are being created. But certainly, the industry is so very genre driven.

“When you change the economic and technological basis of the industry, you are really changing everything sooner or later. It is possible to exaggerate but in Nollywood, new things are always happening but the old things never go away.”

What interesting genres have you seen so far?

The predominance of romantic comedies and comedies in the cinemas, multiplex cinemas is a bit phenomenal.  It is hard to remember now how slow that genre was. In my book I didn’t have a chapter dedicated to it. It sort of comes up in various places.

Do you think the Nigeria film industry is getting the deserved respect on international scene?

It is not getting the respect it deserves but it is getting much respect than it used to. The respect is coming now from interesting quarters. One of the most interesting one for me is from the French who looked down their noses at Nollywood for so long and finally realised that they couldn’t afford to do that anymore.

The French government and businesses have realised that they cannot defeat Nollywood because it was taking over the continent. From the government’s point of view, the main thing is that they needed the people to keep speaking French and to do that, they need to start dubbing Nollywood movies in French and start broadcasting them. It is really a dramatic transformation.

“One of the most interesting one for me is from the French who looked down their noses at Nollywood for so long and finally realised that they couldn’t afford to do that anymore.”

What impact do you think the MultiChoice Talent Factory Academy will have on the continent?

I think this is terrific. It is really great to see this happening in the African culture. It makes me very hopeful for the future in Africa. MultiChoice has a history of training people in Africa. Femi Odugbemi, the Academy director for West Africa is one of the few people I listen to with utmost respect when talking about films and audio-visuals in the country.

I have been hearing him say for some time that what Nigeria needs in this industry is not brilliant new directors but producers who are competent and know their job. That’s one of the things I found interesting about this programme.

It is trying to train people who are not only good at the craft in making movies but also teach them to know what to do with it and to think of how to do with it into the future. So, that’s good. Another thing that impresses me is that this is an example of corporate good citizenship.

In general, the corporate organisations in this country have not been good citizens. The core Nollywood begun when it should not have been possible to make films but they did it. That was very impressive.

Just that the industry didn’t have the structures that filmmakers need. People have been saying this from the very beginning. I have been listening people say that in the past 25 years and they have always been right.

When the corporates such as Africa Magic, Iroko TV and the multiplex cinemas too started, the filmmakers impression was that they were about to be exploited. There was this negativity. Even high budget films have been made but the talent driven filmmakers found themselves turning out low budget movies which do not fulfill artistically.

Anyway, in Europe or US, there are sources of funding to do basic things that are needed but are not being done here. The industry can’t because there isn’t the money or the structure. The government has failed the film industry in many ways.

How many films are Nollywood making? Is it 1000 or 2000? We have to guess. That’s a scandal. The government is not collecting that data. It won’t be hard to collect that data. So no one is paid to do that, thus, no one is doing it.

Do you think Nollywood lives up to its status as the third largest film industry in the world?

I’m afraid this is a very unpopular thing to say but the numbers just aren’t good. There was a UNESCO report from 2007 that said Nollywood was the second biggest in terms of number of films.

That’s because of the way films are counted all over the world; that is in two counts.

You have to have an important theatrical release and a budget of half a million dollars or more. Every country has been reported on that basis except Nigeria.

The Censor Board just sent them a number for the films they have processed. How many of those films have a budget of half a million dollars and a theatrical release? But everybody, including me want to think that Nollywood is important.

I said so in my book and it is good for me. The world keeps saying that Nollywood is important and everyone says that. So there’s been a conspiracy and people keep saying that, without being…I don’t know if anyone has sat down and seriously tried to work out those figures.

But China has an enormous industry and money. There is one guy who not only owns half the movie industry in the US but also go about making studios in China where he spent eight billion dollars on. It’s just on a completely different scale.

They are cranking out movies. On the way here, there is only one Nollywood movie in the in-flight entertainment. Back then, Nollywood movies were mostly shown and it was a good sign because they were now visible on the international market.

But on that Delta airline, the movies were mostly Asia, particularly China and South Korea. They have well-funded industries. There is a lot of Turkish filmmakers too. I don’t intend to diminish Nollywood status that it is accounted.

It is the greatest form of entertainment for the Africa continent. There are places in Africa where people don’t watch Hollywood films. Nollywood is an enormous one and deserves every respect it got.

“The Censor Board just sent them a number for the films they have processed. How many of those films have a budget of half a million dollars and a theatrical release? But everybody, including me want to think that Nollywood is important.”

What has sustained your interest in Nollywood over the years?

I said it in the beginning of my book. I’m fascinated by Nigeria and Nollywood is an enormous expression of the country. Both Nollywood and Nigeria keep surprising me. They keep changing.

In a good way or a bad way?
The country I would say in both ways, Nollywood, maybe both also. If you are at a comfortable distance looking at it, it is possible to feel good about the way things are going and what the future will look like, but if you are trying to make a living,  it is hard. And there is a lot of work to be done. The thing that makes me most sad is the really talented people who could be making better films but can’t make because the situation doesn’t allow for it.