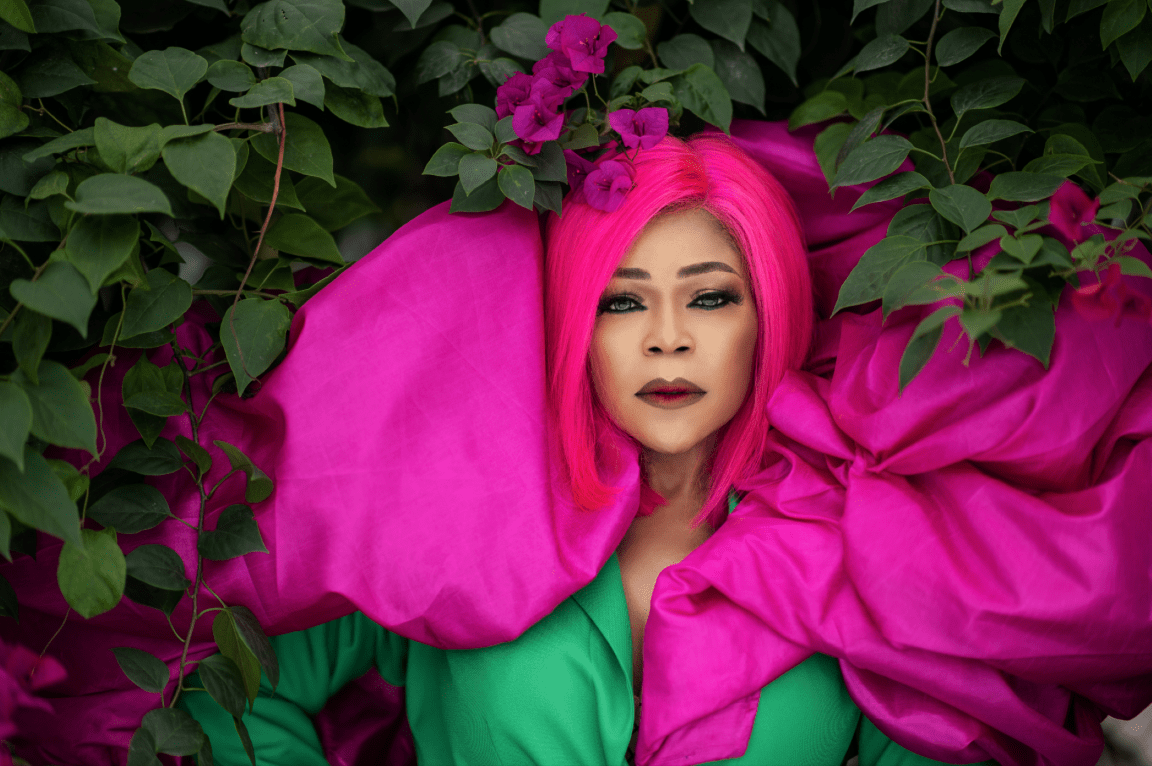 Shaffy Bello: People will start respecting you for what you bring to the table.
637
SHARES
ShareTweetShare
ShareRepostPinterest

The enchanting Nollywood actress and fashion diva, Shaffy Bello, is a delight to her fans any time. She’s starred in many movies and TV series and her Instagram posts always make hearts swoon in admiration. In a chat with The Interview, she talks about fame and her career.

Why was it important for you to come back to Nigeria to start a career?

If you let the Spirit lead you — and I’m not talking about religion. We are not just physical beings, we are also spiritual.

If you know who you are and know when to let go, especially for women, then you can spread your wings and soar.

The States was my grooming place. It was a place where God wanted me to groom me.

My family was there, I got married there and had children who grew up there.

That’s where I was moulded for Nigeria. I didn’t actually come to Nigeria to stay.

I came intending to stay for a while, learning what it takes to be here.

I knew I wanted to be here. But I didn’t know what direction yet, I knew it was entertainment.

I didn’t know what exactly God wanted me to do exactly, but he guided me and immediately I saw that sign, I knew it.

So, in staying here, I always tell people living in the Diaspora it’s quite difficult to run a business when you’re going and coming.

You almost have to stay in Nigeria, and it took me staying permanent.

You once said you were interested in Yoruba movies when you returned because you didn’t like their portrayal outside. Has that changed?

Absolutely. Nollywood is growing, and in the same way, every aspect of it is growing. Hollywood. Every wood that is under the Nollywood umbrella has grown. The Yoruba space was a place where I wanted to be because I felt the English wasn’t a challenge.

So, it was more of a challenge?

Speaking Yoruba was more of a challenge, I suppose. Of course, I speak Yoruba. But apart from that, people in the Diaspora are drawn to Yoruba movies more.

Absolutely! When you think about it, we don’t watch many English movies normally then. It was more of Yoruba.

It easily connects to us. There is just something about Yoruba movies because it comes naturally.

So that’s where I started from.

But then I realised that with everything in life, you must be ready for change. Change is the hardest thing in life but it is the most consistent.

But then I thought, I can do it all. Yes, God didn’t say I will give you just this.

He can give you everything.

So I decided, you know what, I’m gonna sit at the table and eat breakfast, and eat six-course meals, and why not.

So, I believe by the grace of God I’m doing it. I can do Yoruba and English effortlessly.

Even my children I tell them all the time, whatever it is that I’ve worked toward, the baton goes to you to take it on and do way more than what I can do

When do you think you began to gain recognition for your works?

Recognition will come in when you’re doing what people are not and I think that started for me way before Nollywood.

I was working while in the States. I did a couple of jobs as an actor and I sang the song that I sang, that’s Seyi Sodimu’s ‘Love Me Jeje’, and all that.

The accolades had already started coming in.

And after that, I was in my element as a gospel recording artist, travelling Europe, Nigeria, everywhere, and the US.

So, that recognition has always been there. I think recognition for Nigeria came, obviously, with the music. And then when I got here, I have to prove myself that I am worthy of whatever it is that I’m asking.

People will start respecting you for what you bring to the table.

This is coupled with the fact that I am a blessed woman. We’re all blessed, we all have the grace of God.

It’s up to you how you want to tap into it, and I don’t think God changes what he has said.

I think he’s said some things, he has spoken some words, it’s now up to us to unravel it and start eating and drinking from that well of grace.

It’s up to you what kind of bucket you want to take to that well.

Do you want to take a small cup to get a drink of water, or for somebody like me I want to take a bathtub and drink it, bathe in it, and dwell in it.

So, because it’s too heavy and it comes with a lot of work to carry it to the well, some people don’t want to do that.

Some people would rather just walk gracefully to that well, take their cup, get a little bit to drink and that’s fine for them, and that’s okay.

So it’s up to you how much water you want from that well.

When carrying the bathtub, did you carry it alone, or were there people helping you?

You never carry it alone, but at some point, you do. You may get some help in lifting it.

When you get to the point where you have to take it to the well, you’re on your own because everybody else is carrying theirs.

Even my children I tell them all the time, whatever it is that I’ve worked toward, the baton goes to you to take it on and do way more than what I can do.