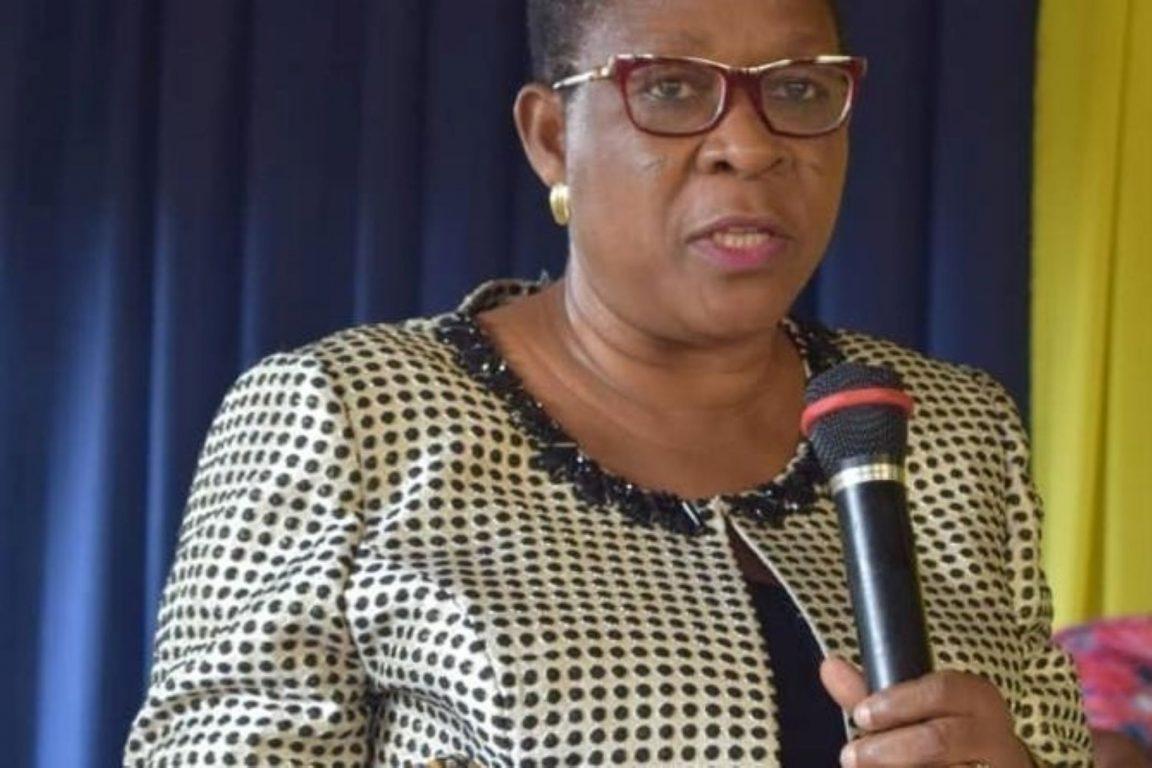 Bose Ironsi is the Executive Director of Women Rights and Health Project (WRAHP). Her organisation has been on the frontline of the ongoing struggle to get justice for Favour Okechukwu, the 11-year-old girl who was gang raped to death in Lagos. She shares her insights with The Interview

For some days now, you have been fighting to get Justice for Favour Okechukwu, the 11-year-old girl who was gang-raped to death in Lagos; how has it been?

Well, I think it has been an outrage; it has been something people are not comfortable with. I really don’t understand why such an act should take place.

It’s been hectic. It’s been a lot of meetings with family members, the police, the media and other concerned citizens-the Lagos State government, especially the DSBRT and the Commissioner of Police.

We’ve all been moving around to look at what possibly could have been responsible for this act. It’s not been easy; it’s stressful.

But what is easy? If Favour Okechukwu gets justice, I really don’t care what else happened. What we just want is justice for Okechukwu and I think that’s what we must get.

What are the police saying and doing about it?

Well, the Police has promised to act when we did a rally to the police commissioner.

The police have visited the family and they have decided that they are going to mobilise to get the people who are involved in this act and we are going to follow up with them.

The police are not comfortable with the manner of death that happened to poor, innocent, Favour Okechukwu.

It’s our responsibility to make sure that the perpetrators of this act are brought to justice and that’s the reason we are following up with the Police, with the institutions, to ensure that Favour and her parents get justice.

And that is the reason we are following up in all the people responsible to make sure that justice is attained. So, I am positive, I want Favour to get justice. This is not going to be swept away just like every other case.

What exactly is fueling your confidence that there’ll be justice in this case?

Yes, we know very well that there are some cases that have happened that people didn’t get justice.

But this is a murder case and a rape case.

This is something that we should not allow to happen because if we allow this to happen, then we’re simply sending messages to perpetrators to carry on.

But we cannot allow it.

What we are saying is that our children are not free to move around.

And I am talking about both male and female children.

So, we shouldn’t allow this to be.

There have some inconsistencies in the public about what really happened to this girl: can you share the factual details of this case?

Favour’s mother is a petty trader who sells things like sweets and Gala, in the front of their house.

So, on that fateful day, Favour came back from school by 2:00 or 2:30, and the mother told her that people had been demanding for Gala and that she should go and get it.

So, at 3 o’clock she left the home with about N1000. Halfway, she was accosted by some miscreants; some boys around the area and they raped her.

While still at it, they discovered that she had passed out and not responding.

They called a nurse who tried to administer First Aid.

Eventually, she died and the boys ran away. That’s it.

People reported to the police and police sent the state’s CID to the place.

The Commissioner of Police and the DPO have all been to the place.

There has been forensic examination of all the places and the body has been deposited in the mortuary.

So that’s the case for now. They have arrested the person who owns the room in which they found her dead body and also the nurse who treated her last.

But we know that the perpetrators are there, they are around and I think that the government needs to ensure that they’re found.

How are her parents taking it all?

They are wondering, if it’s possible for their daughter they saw on that day not to be alive anymore.

She was not ill and at 11 years old, this girl was already writing some books.

And I think that a bright future has been cut short. They are seeking for everybody to help, they are confused.

And so, for us, beyond getting justice for them, Favour Okechukwu’s parents need psychosocial support.

They need to be spoken to and medical therapists need to be there, to assist them to understand what is going on.

Sexual and gender-based violence seems to have become a part of us in this country now; do you see any way out at all?

Yes, there is. And I think that constituted authority – governments, Police, all the people that are responsible for making sure that people get justice should wake up from their slumber.

It is not just enough to have laws, we must make sure that people respect law.

There is a lot of impunity – people believe that they can do anything and get away with it, and nd we are not going to accept that.

We are not going to accept that people should get away with a lot of things.

What I’m saying, is people in every community need to wake up to know that they have a responsibility to make sure that the laws are respected.

They should also know what to do when they are abused.

I want to state here that both men and women, boys and girls are being abused, but we know that we have more girls being sexually abused, sent as a sex slaves, being trafficked, so because of that we must be able to speak out.
If we keep quiet, everybody would be doomed for it.

Recently, just last week, we had a group of journalists that we trained so that they can report this case and report it well.

Now there’s a lot of stigma and discrimination against people who report, so people no longer report cases of SGBV.

That’s the reason we are training journalist to report this case very well and also and follow through.

Journalists must be more investigative.

They should ask questions and get the right information out there, so that people will understand.

Then the government should be able ensure that justice is done and the social institutions should also ensuresure that people who are affected get psychological help.

A lot of resources should be put in to place to make sure that there is prevention because we don’t have to wait until the incident occurs.

We should sensitise the community people, we should build their capacity, we should equip them with information, we should tell them what to do when they are faced with this kind of situation

It is not just enough to have laws, we must make sure that people respect law

Tell us about Ireti Resource Centre…

Ireti Resource Center was a child of necessity. When somebody is abused in one form of the other, even if the case is ongoing in the courts (It takes a long process so justice is so delayed in Nigeria), we these people need to heal.

They need to have a place where they go can receive therapy.

Studies have shown that majority of perpetrators were abused when they were young.

So, if victims don’t heal today and grow up and we are going to have families that will be under serious tension.

So, we are saying, “let’s build a resource centre where people can come, meet with people they don’t really know but who can tell them how they can manage.” Do you have issues about anger management? Are you easily angry? Are you bottling up things you have gone through in your life?

We are saying you need to talk to somebody. There are ways you can go through some of these healing processes. We also have our legal clinics at the centre.

You don’t have to wait.

Some people are in relationships where they’re facing different forms of abuse but they don’t even recognise such as abuse.

We have trained more than 400 mandated reporters in various communities in Lagos State and we are still training.

We are training different strata of people within the community because it has to be a community response.

If we don’t do that, we will just discover that every time there is a case, everybody will shout, “Oh, it has happened again, and life continues.

We have done Community Town Halls, bringing the police and the community people together and asking questions.

They have the highest reported cases because the LGA has six LCDAs.

Ireti Resource Centre was established with funding from the EU through the British Council and ROLAK. We are also getting support for case management from Action Aid.

We are hoping that other funders will be involved because they’re areas that need to be reached. There’s plenty of work to be done.