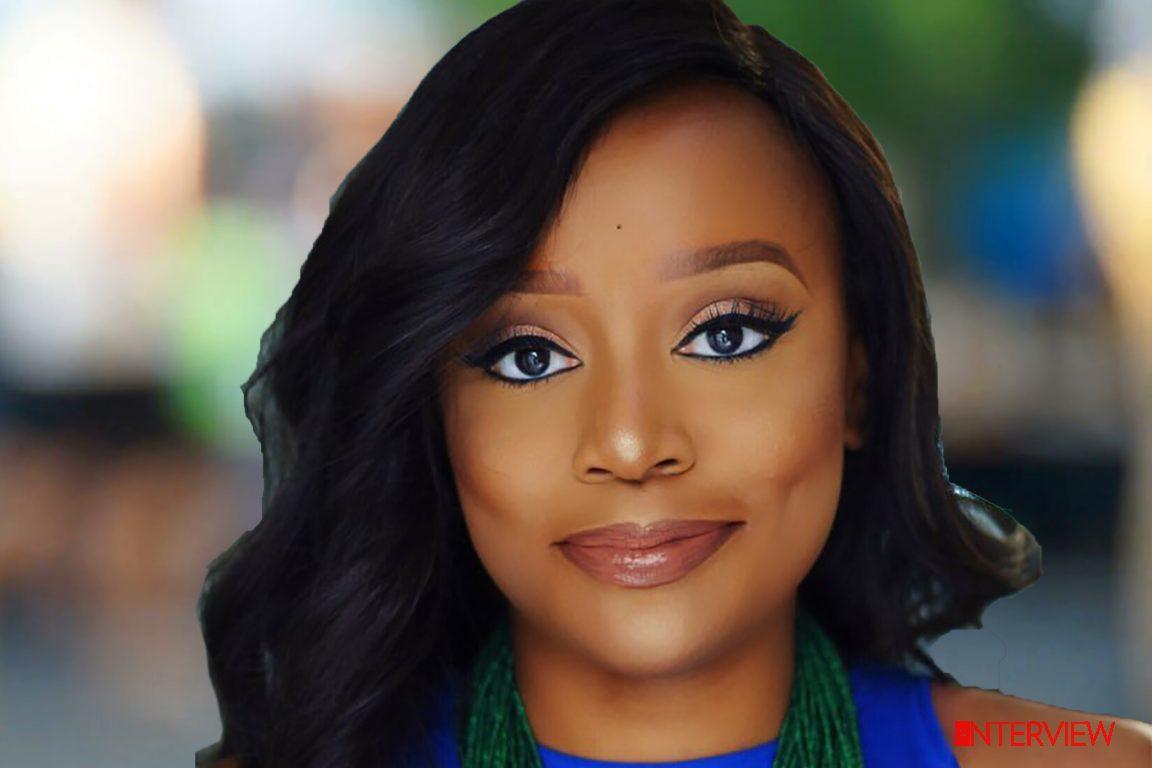 Dressed in a two-piece ankara outfit, Michelle Dede looked like the character she played in the Izu Ojukwu and Buckwyld Media Network’s Production ‘Power of 1’. The movie held its premiere on Wednesday, December 6 at the Silverbird Galleria, Lagos. We had a chat with the actress who discussed her role, the timeliness of the movie and her experience on set.

Tell us about your character?

I played the role of Ope. Ope basically works with an NGO and is also passionate about people, getting justice for the citizens of Nigeria. She’s somebody that is a bit of a troublemaker in the film. My role is to organise a protest, a peaceful protest, and get justice for the people.

When the script got to you, what was the first thing that went through your mind?

How am I going to play this character? How am I going to do justice to it because like they say, “no role is too small.” I was very excited because I got an opportunity to work with Izu Ojukwu, which is a big deal for an actor. I have not been in the industry for that long as an actor.

I was nervous; I am not going to lie because I thought I don’t want to mess up, I don’t want to disappoint the director because this is the director most people dream about working in Nigeria. And I got an opportunity in less than four years of my acting career. I had a conversation with him, he told me what he wanted, and I made sure I delivered to the best of my ability and played the character as convincingly as possible.

How did you connect with the story?

I could definitely connect with it because I’m a Nigerian, I live in Nigeria, I see a lot of problems in Nigeria, and lot of the things people have problems with. I think a lot of people make the mistake of assuming that because you are in the entertainment industry, you’re removed from everything that is happening in the real world, that’s so untrue.

It’s untrue because it affects you, it might affect you in a different way from a woman that is working very hard, and that is selling goods in the market. It might affect the business person in a completely different way than it will affect an artist.

But even as an artist, it affects you in different ways on your field. So, whether you are a musician, an actor, a painter, it affects everybody in a different way. I could definitely connect with that and that was one of the reasons also why I felt I had to do justice to it.

Do you think we need more movies like these?

Absolutely. I think comedy is great. I love comedy but I’m also happy that they decided to make a film that wasn’t same genre and tackled the subject that we shy away from, talking about it publicly.

With the political climate that we are in now which will get intense in coming months, do you think this movie was timely?

Yes! Absolutely. I think it’s very timely that this film is coming up. Elections are next year, so this hopefully will get people thinking about how they could speak up, peacefully. Peacefully, because for me, that was one of the biggest things with this film.

What kind of message is it trying to send? A message of peaceful protest, of peaceful objection. Trying to peacefully state your case and what it is you want makes the difference because I think we’ve seen in history, like what is happening in other African countries, including Libya and Egypt, violent protests don’t always get you very far.

So, peaceful protest… and also you have to be consistent. If you do something and it doesn’t work, are you going to let it go? No, you have to persevere. Definitely, it is very timely.

I got an opportunity in less than four years of my acting career. I had a conversation with him, he told me what he wanted, and I made sure I delivered to the best of my ability and played the character as convincingly as possible.

How has this movie changed you as a person, your perspective?

There are certain things, not that I’m not aware of them, because I also lived in Ethiopia for several years, longer than I’ve lived here. It’s not like I’m not aware of some of the difficulties in Africa. I think in some ways we are all fortunate than certain people in Ethiopia because the hardship they go through in Ethiopia is a lot harder.

The thing for me when I compare it with Nigeria is that you had less as far as the country, and they have done better. That is very pivotal and also frustrating because when people say ‘ah, it’s Nigeria,’ I say no, I’ve lived in Ethiopia for 11 years of my life, and I was younger, so I saw what I went through. I experienced change in government,

So, I wasn’t sheltered in that way, but I feel like a lot of us in Lagos tend to be sheltered from the realities the people, very poor people are living and experiencing. All of these experiences have added to the work that I do, and also the work that I do has added to who I am as a person. It is inevitable. I think no matter what you do, because of the people that you come across, you will be influenced positively or negatively, it is up to you to take the good things and multiply them.

I think a lot of people make the mistake of assuming that because you are in the entertainment industry, you’re removed from everything that is happening in the real world, that’s so untrue. It’s untrue because it affects you, it might affect you in a different way from a woman that is working very hard, and that is selling goods in the market.

You said it’s a great deal for you to work with the director, how was the experience?

I initially thought, maybe in another four, five years it might happen, and it suddenly happened now. So, because I was extremely nervous, not having had that much experience, and also having wanted to work with him, sitting with him, talking with him, and him taking me through the character, which a lot of directors don’t always do.

There are a lot of directors that do that but there are also some who don’t do that. They leave it to the actor to decide on how they’re going to play the role, the characterization of the character. He didn’t do that. He had asked me, “I want to hear what your opinions are about this character,” so I spoke to him, “this is how I want to play her,” and he said no, this is how I want you to play her, but with your input.

He gave me some valuable advice which helped me because I would have ended up playing her completely differently had I not had that conversation with him. That doesn’t happen often enough, I wish I did with a lot of other directors, and going forward, maybe it will.

What did you take away from the set?

How to become a character faster in a short period of time, and not necessarily give one dynamic to the character.