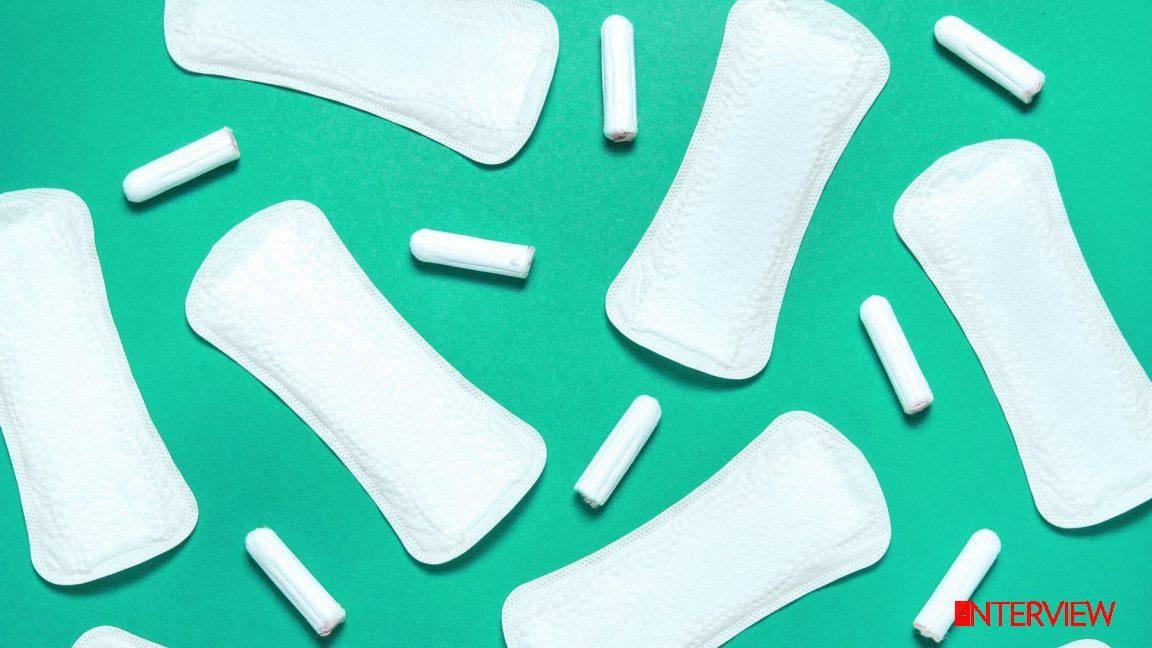 Few weeks ago, I walked into a familiar neighbourhood shop to buy my usual brand of sanitary towel. A very common brand too, I must add.

With the small one containing only seven towels while the big one has 14, she was just asking me to choose between the rock and the hard place.

But because I wasn’t in the mood to ask her the difference between six and half a dozen, I just picked up what I needed and went my way, amid sole lamentations.

However, my mind also immediately raced back went back to the first time that the phrase, ‘Period Poverty’ walked into my lexicon bank and my reaction.

“Period poverty…is that even a thing?”, I had wondered aloud.

Period poverty is the inability of a girl or woman to access sanitary accessories to protect herself during her menstruation cycle due to financial lack.

Apparently, it is indeed.

Oh, how I wish that truly, period poverty wasn’t a thing.

How I wish every girl in the world could had easy access to affordable and hygienic protection and care whenever the walls of her uterus decide to shed its red blood coating (mensuration).

How I wish that time of the month would be uneventful for every woman and girl, except of course for the cramps and pains.

Yes, the bleeding, cramps and pains should be all a girl would have to worry about as that time of the month approaches.

But it isn’t so. Our girls have also to worry about what protection to use and how to access it.

You see, when we say that poverty seems to have been created with a feminine face be sure that it isn’t mere rhetoric but life as many have and will continue to experience it in our world.

There are so many issues our young women have to contend with. It would be such a shame if we would also to fold our arms and let Period Poverty remain a ‘thing’ for them as well.

Period poverty becomes a thing when every young girl is compelled to spend between N600 and N1200 monthly on sanitary towels and her parents cannot afford to get them for her.

We are talking about many parents who have been unable to pay termly school fees of between N2000-N3500 in our ‘free’ public schools.

These very poor parents borrow, beg and even pawn their only valuables each school term to ensure that their children acquire basic education in this country.

It would certainly be a miracle if they would also add the monthly costs of sanitary towel to that burden.

In the end, the poor girl is left to her own devices and whatever sorrows and tears those can fetch her.

Period poverty becomes a big social issue when a young girl is subjected to sexual harassment and abuses because her vulnerability will attract all the vultures who will come bearing everything else but the help she needs.

In 2018 The Independent, UK, reported how about 10 per cent of Kenyan school girls were forced to have sex in exchange for sanitary products.

Period poverty becomes even a bigger thing when that young girl from that poor home has to use pieces of fabrics, cut toilet rolls just to keep her dignity every monthly.

It even gets worse when they have to wash off the blood on already used pads and reuse them because they can’t afford to buy new ones.

This practice not only impacts negatively a girl’s dignity, her health can also be ultimately compromised with infections that could have far-reaching and long-term effects.

And yes, Period Poverty keeps girls in that poverty cycle longer than because research has already shown that many girls miss school during their menstruation days because they cannot attend without protection.

An average period lasts between three to seven days every month. Do the math and imagine how many school days every young girl who can’t afford adequate protection loses in a school year.

Then, tell me again why Period Poverty shouldn’t become more than a ‘thing’.

It should be a major national concern.

We shouldn’t wait till a decade from now for another damning report from an international agency and then we start running like headless chicken organising kangaroo summits and other needless talk shops that would bear no worthy fruit.

Some countries are charting a path already. Earlier this year the United Kingdom launched a campaign towards ending poverty.

The campaign for which about £2m has been budgeted became necessary when they discovered that one in 10 girls between the ages of 14 and 21 in the country have been unable to afford sanitary products, while 49 per cent have missed an entire day of school because of their period.

In 2017 Kenya introduced a law that will ensure that every schoolgirl in the country get free, sufficient and quality sanitary towels and also a safe place to dispose of them. It also went ahead to allocate about $4.7m for that in the next year’s budget.

Back home, there are pockets of individual efforts at providing free sanitary towels for school girls.

However, when you look at the population of girls of school age from low- or no-income homes, it’s apparent that these efforts would merely be scratching the problem at the surface.

We need some decisive steps from the government and even the private sector to deal with this.

For instance sanitary towels can become part of the supplies the office of the Universal Basic Education (UBE) will procure and offer school girls at the beginning of each year just like exercise books and other essentials.

Sanitary towels can be subsidised and schools mandated to buy and distribute them among their girls monthly.

It shouldn’t be that complicated if we truly cared about girl-child education in this country.

Chinyere Fred-Adegbulugbe is the Editor of The Interview Abuja, has worked as a journalist in Punch Nigeria Nigeria Limited and also LEADERSHIP Newspapers where she rose to become the Editorial Director.