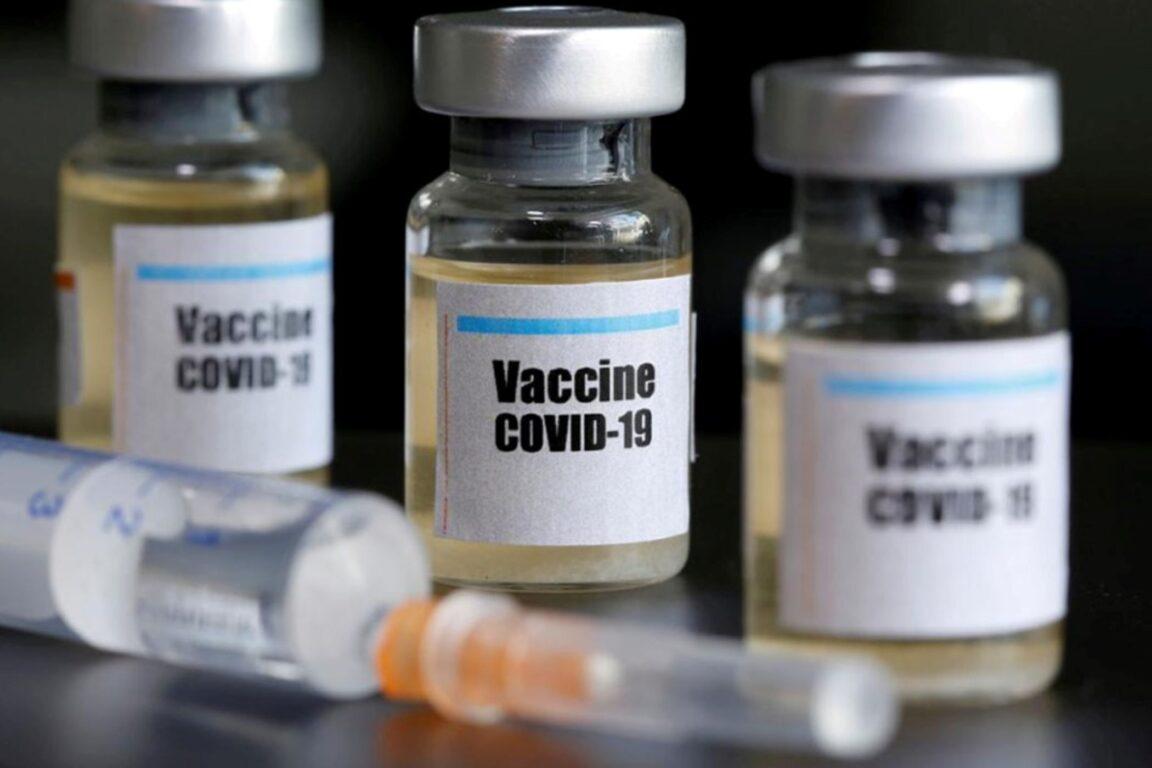 It wasn’t planned. I was seeing off my neighbour and friend on Thursday evening when one of the officers of our estate residents’ association called out to me.

He was in knickers and shirtsleeves, with his right hand clutching his left shoulder. “I’ve just been vaccinated,” he said. “Would you like me to put your name forward for it tomorrow?”

After what I have seen in the last one year – COVID-19 related deaths first becoming statistics, and then statistics becoming people, and people having faces, and faces becoming friends and relatives – news of the discovery of vaccines was a huge relief.

But vaccines, like many good things, are made abroad, while rumours and myths about them are manufactured locally.

Nigeria was expecting a consignment of about five million doses – one for every 40 citizens. With one of Africa’s highest infection and death rates at the height of the pandemic, no one was exactly sure how five million doses could work.

One evening when I brought up the subject at home, with the enthusiasm of someone who had just discovered a magic formula, I noticed a pregnant look on my wife’s face.

She suggested I asked the children what they think about vaccines before I decide on whether or not to take the shot when they became available.

That made sense. Since the youngest of them is 22, I fully expected a robust conversation.

But what I got on that conference call with two of them, obviously speaking for other family members, was more than robust: it was premeditated, full-blown vaccine rebellion.

The chemical engineer, often the spokesperson, asked me what I knew about the vaccines already in circulation.

After months of swallowing more than enough vitamins to float a chemist, immersing ourselves in steaming hot local herbs, and consuming all conceivable spices, I thought that this vaccination was our best chance to put the damn thing behind us once and for all; that we would be champions of vaccination

This was in January. While a privileged few had either gone to Dubai to have it or, like the Governor’s wife, Ebele Obiano, chased it all the way down to Houston, Texas, for designer sessions, the bulk of us were just following the news.

What do I know about the vaccines? I know they don’t offer 100 per cent protection from Coronavirus infection and that they have been developed and are being deployed at a historically record speed.

Initial data also suggested that with good hygiene and social protocols, vaccination could reduce the spread of the virus.

My interlocutor laughed. She said while she conceded that science had done a great job of getting the vaccine out in record time, safety and efficacy may have been compromised on the altar of expediency and desperation.

She said she was not sure that enough samples had been taken or time given to analyse the outcomes from the different population demographics before the vaccine rollout.

She dived into the global vaccine politics between US and European pharma giants, and that between the west and China. Caution, Dad.

Was I following what was happening in South Africa, for example?

She summed it up by saying that for her, the risk of younger not-obviously-at-risk-persons taking the vaccination and being exposed to the potential negative side effects outweighed any benefits from taking any vaccination whose full after-effects were only just emerging.

Of course, while I conceded that there was still more to learn about the safety and efficacy of the vaccines, my point was that on balance, it was better to risk staying alive by getting vaccinated than to risk infection, long-term impairment and possibly death, by abstaining based on groundless fears.

And I don’t believe in herd immunity is superior to personal responsibility.

After 56 years, health vulnerabilities and underlying conditions tend to increase.

But confronting your mortality after that age also brings with it liberation from the fear of death. So, what’s all the fuss about the jab, anyway?

Strangely, throughout the conversation, my wife, otherwise an engaging, strongly-opinionated woman, was silent. We’re both above 50.

After months of swallowing more than enough vitamins to float a chemist, immersing ourselves in steaming hot local herbs, and consuming all conceivable spices, I thought that this vaccination was our best chance to put the damn thing behind us once and for all; that we would be champions of vaccination.

What’s more, in the midst of the second wave, my son had an infection scare that put him out of circulation for days and got me ringing up everyone I knew for advice! So, why won’t the family seize the opportunity for vaccination with both ands?

The vaccine finally arrived in Nigeria in March, but the news didn’t lessen my isolation.

A friend had shared with me a WhatsApp message about a tabular comparison of the safety, efficacy and unit prices of the four vaccines currently available – AstraZeneca, Pfizer, Moderna and Johnson & Johnson.

Of the four, Pfizer was rated the most effective with 95 per cent trial effectiveness and least side effects.

At $20 per vial, it’s also the second most expensive.

Moderna was 94 per cent, pricier and with virtually the same side effects as Pfizer; while Johnson & Johnson and AstraZeneca, came in at 66.9 per cent and 62 per cent effectiveness respectively with longer lists of side effects.

Others may think of AstraZeneca as the redeeming vial of the world’s majority, and Nigeria may be congratulating itself that it’s not too far behind in importing a limited quantity but the fact that AstraZeneca is in the bottom of the pile – the cheapest of the lot and the worst for side effects – seemed to highlight, if not confirm, my daughter’s worst suspicions.

My family already rebelling against vaccination, was hardly in the mood for AstraZeneca.

Their suspicions were compounded by anxiety about all that could go wrong in the supply chain from shipment abroad, through many potentially crooked paths, to the point where the jab is taken. How do you even know what you’re getting and if – or when – the next dose will come?

These images flooded my mind on Thursday when my neighbour offered to enroll me for AstraZeneca in the estate. If I had been offered a chance at self-assisted suicide, I would not have felt more conflicted.

“Why are you looking at me like that”, my neighbour asked. “Are you not interested? The medical team will be in the estate again by 8am on Friday. Let me have your name and your wife’s name, too.”

I snapped out of my confusion. “Leave my wife out,” I said. “Put my name down. I will be there at eight in the morning to take the shot.”

I have heard of stories of nausea, of dizziness, pains or aches after vaccination, but experienced nothing of the sort

That night, my wife convened another family conference. She called the children, one by one, to inform them that I had decided to take the vaccine. The chemical engineer was at her hilarious, even mischievous, best.

She asked if I had written my Will and who was my next of kin. She also asked if I had left my bank details and details of any other valuables within reach.

As for herself, she said, even though there was a little more data about the vaccines today than was available in January, the risk of the unknown was still troubling.

We laughed and talked through it again and I went to bed asking myself, what if she’s right? Too bad, too late. My mind was made up. I’ll take the vaccine.

I turned up at the initial vaccination venue in the estate as Number 200 on the list. I learnt that over 80 persons had been vaccinated the previous day and there were no adverse reports. Today, persons of various ages – a good number of them 60 and above – were on the queue. With 199 persons ahead of me, whatever happened, I was in good company.

The venue was later changed but I stuck with the train and after re-numbering came up at 37. After three hours’ wait, I took my jab and went home.

From the moment I walked in, my wife’s eyes were on me. She asked if I felt anything, I said I didn’t, which was true.

She fussed that I should immediately use analgesics, but I brushed her suggestion aside. My children called and took turns to pepper and tease me with questions about how I was feeling. I told them I felt nothing, which again, was true.

I have heard of stories of nausea, of dizziness, pains or aches after vaccination, but experienced nothing of the sort.

I went to bed and slept like a log. I woke up hale and hearty. It’s been one week since, and I’m not growing horns. Three days after I took my shot, when my wife was sure I was alive, she lined up for her shot, too!

Then after she took it, I reminded her that the book says the second shot should come 15 to 22 days after the first shot, but our next appointment is in June, nearly three months after our first shot! I’m not living worried, especially since I’m now even in better company than when I lined up for my dose.

The family’s guinea pig is in excellent company, at last. And yet, it was not planned.