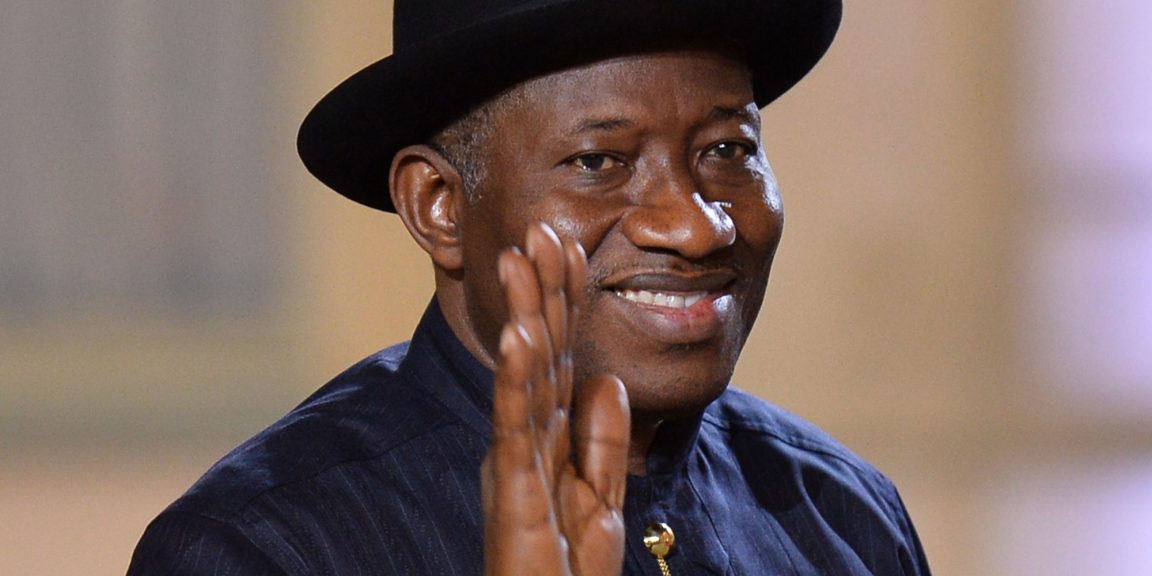 The Peoples Democratic Party is dying of numerous self-inflicted wounds and may not recover for as long as it thinks that Ali Modu Sheriff is its deadliest poison.

From the headlines, you would think that Modu Sheriff is the beginning and the end of the problems of the PDP; that once you feed him to the sharks, all would be well with the party again.

That’s fine. Modu Sheriff, who has tried unsuccessfully to distance himself from Boko Haram, is probably one of Nigeria’s most dangerous politicians. He is rich, well connected and ruthlessly strategic – all of which, ironically, are regarded as assets in politics.

If there was a shred of honesty left in PDP, however, the party would admit that there’s nothing about Modu Sheriff that should come to it as a surprise.

This was the same Modu Sheriff that a godfather of the PDP, former President Goodluck Jonathan, engaged when he thought Nigeria needed help from Idriss Derby of Chad to contain Boko Haram.

At the time, Paul Biya of Cameroun was fed up with Abuja’s shenanigans and ruled out any direct contact with Jonathan on Boko Haram.

With our tails between our legs, we turned to Derby for help. Only Jonathan can explain why he thought that his entourage to Ndjamena would be incomplete without his talisman, Modu Sheriff.

If that was a mistake, Modu Sheriff’s influence did not wane after Jonathan’s defeat and PDP’s catastrophic loss at the 2015 polls.

Instead, after the fall of its two chairmen Adamu Mu’azu and Uche Secondus, the PDP machine, comprising the national caucus, governors, members of the national working committee and the party’s leaders in the National Assembly, all lined up behind Modu Sheriff. Femi Fani-Kayode was the notable exception.

Modu Sheriff is a symptom of the problem with the PDP but the party’s demons go much deeper and way back.

Some might say it started with the injustice sown at the party’s first national convention in Jos in 1998 when Alex Ekwueme was brazenly cheated out of the party’s presidential ticket in favour of Olusegun Obasanjo, a latecomer and an outsider.

Others might argue that in the context of the post-June 12 national crisis the cheating was regrettable but expedient.

Neither side can deny that the consequence of that brazen act has haunted the PDP in all its conventions afterwards. Once it got the foundation wrong, it’s not been able to get it right since.

That first wrong move has not only remained a template, it has produced a litany of bad habits infecting the party’s vital organs. In Jos, PDP transferred the letter and spirit of the party’s constitution to the custody of its godfathers, who thereafter began to do as they pleased, once the price was right.

The height of it was the infamous case of Ndidi Elumelu who actually admitted paying N750 million to the party’s godfathers in Delta State to secure the party’s governorship nomination. The godfathers swindled him of the money (actually part of an unsecured loan of N2 billion from a major bank) and he cried out publicly for help until the scandal was squashed.

Once elected, you monetised power for yourself and for the godfather. Citizens who had no hand in it in the first place, could go to hell.

This practice was not exclusive to the PDP. But the party behaved in a way that left no one in doubt that it was the official headquarters of corruption. Regardless of its odious reputation, it boasted that it would rule Nigeria for at least 60 years.

Well, the party continued for 16 years; and except for those who had their beaks in the trough, most could see after Obasanjo’s first term that PDP was largely on steroids.

The Obasanjo-Atiku warfare, intra-PDP resistance to the fight against corruption, Obasanjo’s third term agenda, the emergence of Umaru Yar’Adua as president and his untimely death, exposed the deep weaknesses within the PDP – weaknesses that were beyond Jonathan.

It was only a matter of time before the party would collapse under the weight of its own hubris.

This, of course, is not the convenient version. Party leaders like Jerry Gana who should know better insist on the single narrative that the problem with the PDP is 2019: Modu Sheriff is the spoiler paid by the All Progressives Congress to damage the opposition.

It’s not untrue. Inside sources told me of three key persons – one former governor (South-South), one serving (North-West), and an arrowhead in the North East – who would stop at nothing to finish off the opposition.

In light of Modu Sheriff’s shameful role in the governorship election in Ondo, Gana appears to be on point.

But Modu Sheriff is not new to the sale of party flag. That was how a major rump of the ANPP ended up in the PDP’s belly under Obasanjo. So, why is Gana complaining?

Apart from Gana, others have their own schemes. Ekiti State Governor, Ayodele Fayose, for example, knows that a hostile takeover of the party would complicate his exit and succession, given what happened last year in Ondo.

And this is precisely where the PDP’s problem lies: the party is so obsessed with returning to power that it is prepared to tip over a cliff, blindfolded, to grab it.

PDP was voted out because it had lost touch with its base. It had become a party of impunity, a trading post where the only currency was power for its own sake.

It was neither obeying its own rules nor did it care about the integrity of public institutions under its care. The party was rotten to the core.

After 13 years between Obasanjo and Jonathan, the party is shrinking. It has downgraded from a national party to a South-South/South East party, and from that to a South-South party, with Governors Nyesom Wike and Fayose as its new face.

The maggots are within.

It will take more than a court ruling for or against Modu Sheriff to fix the PDP. If the party does not return to its roots, to deal with the problems of where the rain started beating it, it will one day discover that Modu Sheriff is its own Donald Trump.

Just like it happened to the dinosaurs of the Republican Party, Modu Sheriff will chase them out of their own party, one by one, leaving them out in the cold and the party in complete ruins.