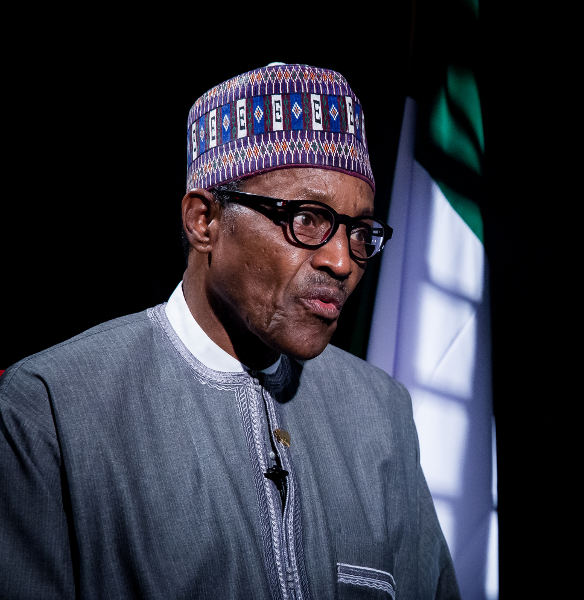 Former President Olusegun Obasanjo will officially be 80 in March and there are many who think he is hyperactive for his age.

He is probably one of the busiest former presidents with a schedule that combines half a dozen foreign travels each month with countless domestic trips filled with meetings, speeches and plenty of mischief in between.

He has visited President Muhammadu Buhari in Aso Rock four times and I know a publisher who has threatened to carry a placard on Obasanjo’s fifth visit – that is, if he even gets to hear of it.

Like him or hate him, you ignore Obasanjo at your peril. What he says is just about a good political bellwether as when he says it. Every president from General Ibrahim Babangida to former President Goodluck Jonathan carries Obasanjo’s stripe in his butt.

Buhari’s may just have been delivered.

When Obasanjo asked the Igbo to run for the presidency in 2019, I asked myself where that was coming from. It wasn’t as if he was hosting Ohaneze or the association of Igbo traders in Ogun State and needed to say something to please them. He was not even on a visit to any South East state.

He was hosting the Ogun State chapter of the Christian Association of Nigeria (CAN) in Abeokuta. Pitching for an Igbo presidency when Obasanjo, a regular visitor to Aso Rock, knew that Buhari was just approaching midterm, seemed awkward.

What does Obasanjo know?

I began to connect the dots. Just a few days earlier, Buhari had travelled abroad on “medical checkup” and annual vacation. The circumstances of his trip were rather unusual.

In a news report announcing the trip, for example, Vanguard of January 19, 2017, reported that “the President had since the week been performing the functions of his office mostly at his official residence located within the precincts of the Presidential Villa, rarely spending dutiful hours in the office.”

Governor Ben Ayade of Cross Rivers, who visited the week the President travelled didn’t know where Buhari was when he arrived at the Villa. He thought the president was in the office only to be turned back at the office gate and directed to his residence.

Was it likely that Obasanjo knew more than he was letting on when he advised visitors from CAN led by Bishop Tunde Akin-Akinsanya that Igbos should prepare for 2019 one week after Buhari travelled on health grounds?

Things became even more complicated after the Presidency issued a statement to explain why Buhari would no longer return after ten days (not counting weekends) as had been earlier announced.

And I’m not necessarily talking about Buhari’s death rumour or Obasanjo’s claim that he had been a victim of such rumours at least 12 times.

I’m talking about the contest between the president’s right to privacy and the public’s right to know.

In an attempt to manage a delicate situation by saying as little as possible on why Buhari could not return on Sunday, the Presidency committed several blunders.

What was the point in saying Buhari was held back by “a cycle” of further tests after ten days when any adult, especially above the age of 50, who has ever reported ill to a hospital knows that ticking off a cache of tests and receiving information about when the results would be available are among the first things provided after admission?

Long before the president travelled, pictures of him in the press said more than a thousand words, so why frame him as a modern day Eisenhower?

Why give the impression that the president was in Nigeria House, putting his feet up and having photo ops with special guests from Nigeria and yet he was too busy to wave at scores of ordinary Nigerians who were dying to hear his voice just outside the door?

Information Minister, Lai Mohammed, is right that Buhari is a victim of his transparency. It was precisely because of his credentials as an honest man who means well for the country that he was voted to power.

He symbolises a different approach to governance and was not shy to speak his mind occasionally. In March 2010, after late President Umaru Yar’Adua had been hidden from the public for nearly three months, for example, Buhari rebuked the Federal Executive Council for failing to initiate Yar’Adua’s impeachment on grounds of incapacitation.

Of course it’s a stretch to compare Buhari’s health status with Yar’Adua’s at this time, but the cat-and-mouse game over his health status has not done his anti-corruption posture and moral stature any good.

Even if he returns by the next flight – and we pray he does hale and hearty – his reputation has taken a major blow from the mishandling of his medical leave.

When Buhari was voted to power nearly two years ago, voters knew as damn well as the candidate did, that at 74, age had taken its toll and managing his health was going to be a concern. Yet, he won. Voters preferred him to a younger opponent who seemed incapable of doinig the job even if he was 20 years younger.

One Yar’Adua era trauma is enough.

But the present auguries are a needless reminder of that best forgotten era. When we hear things like, “I speak with my brother everyday,” “the president is hale and hearty,” “I’m in touch with Buhari’s doctor,” “the president is waiting for one more test result,” and yet not a word from the man himself, that is disturbing.

And then, to complicate matters, Obasanjo on the eve of his 80th birthday and formal opening of his presidential library, makes a pitch for an Igbo president.

It’s an inconceivable contradiction that a president who ran on a ticket of openness and transparency should be hidden indefinitely behind the veil of an ailment he did not bring upon himself.

And the only government work these days is how to manage an open secret – containing what most people think they know Obasanjo knows about Buhari.

What is going on?