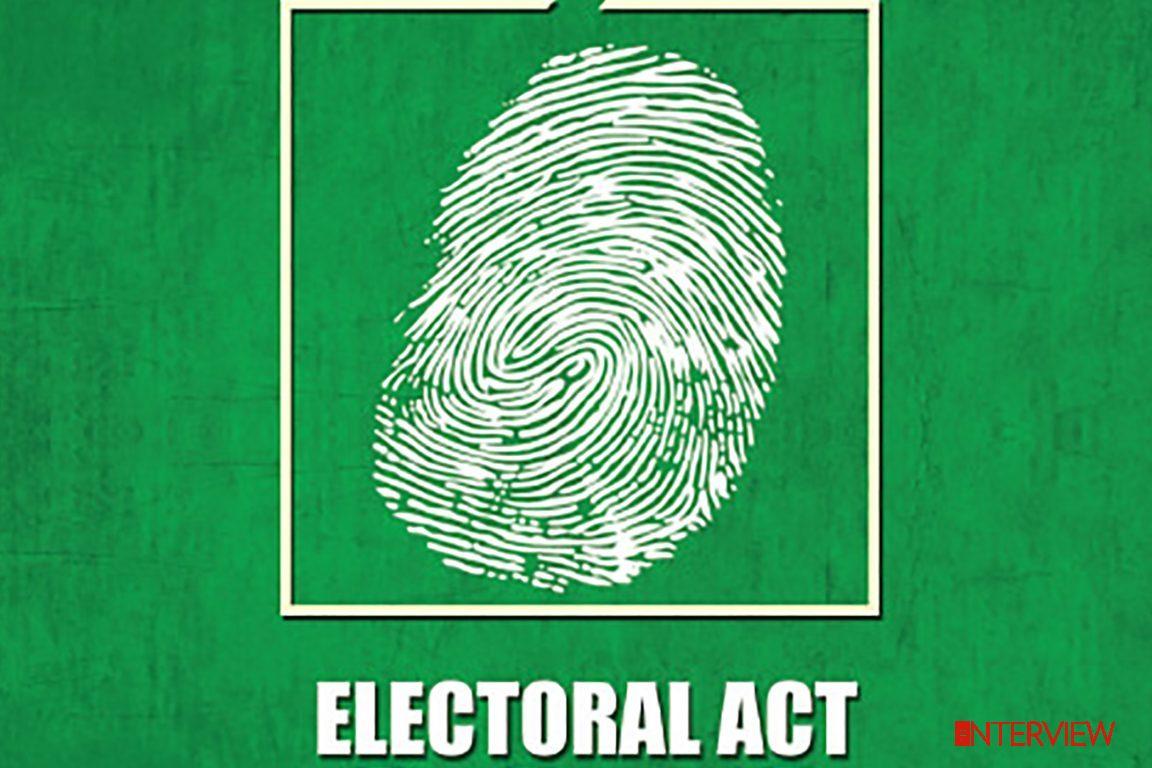 Exaggeration is the most common strain of fever at election period. Politicians make voters – and the general public – believe that the world might end on ballot day, when in fact what they are playing for is their own survival.

The Electoral Bill is not just the biggest talking point; it’s been perhaps the deadliest battleground since last week. What is it about the bill that gives the impression that its immediate non-passage is not only a threat to the 2019 general elections but also proof that President Muhammadu Buhari’s All Progressives Congress (APC) is determined to rig the elections?

The opposition Peoples Democratic Party (PDP), among others, has said Buhari’s repeated claims of commitment to free and fair elections next year are just what they are – lip service.

The party insists that the extension of the tenures of the service chiefs and the Inspector General of Police, recent encounters between some members of the opposition with security agencies, and now, Buhari’s refusal to assent the Electoral Bill, will undermine next year’s poll.

The opposition, particularly the PDP, said while the card reader and electronic transmission of results, which it favours, would make the process more transparent, the criminalisation of the non-use of card readers and transmission of results, which it claims the ruling party is opposed to, would encourage under-age voting, especially in APC strongholds.

Among what the PDP-dominated leadership of the National Assembly described as “the nine benefits” of the just concluded amendments to the Electoral Bill are, a) stopping of manual transmission of results, in fact, manual transmission of results has been criminalised b) online publication of voter register c) full biometric accreditation d) removal of “unfair” qualification processes e) limit on election expenses, including party form fees f) amendment in the process for dealing with substitution, resignation and replacement by the parties, and so on.

What is it about the bill that gives the impression that its immediate non-passage is not only a threat to the 2019 general elections but also proof that President Muhammadu Buhari’s All Progressives Congress (APC) is determined to rig the elections?

On the face of it, it’s difficult to argue with the good intentions of the amendments. Some of the best laws are the ones made by crooks, who have gamed and benefited from the system and who therefore know exactly where to fix the plugs. Or perhaps by those who think like them. The contentious amendments are no exception.

Our election process has improved over time and the best in recent times has been the one in 2015. Before then, elections were conducted pretty much the same way they were done in ancient Greece, only with the worst rigging mechanisms included.

Up till 2010 and well beyond, for example, anyone could claim to be a registered voter and the only way an electoral officer at the polling unit could verify that from his register was the presentation of an ID card, which could have been printed in the potential voter’s backyard.

That was how Mike Tyson and Nebuchadnezzar were found in the register. In the more decent examples, there were also cases of ghosts who thumb-printed with palm kernel nuts.

That changed in 2015 with the introduction of the card reader and the requirement of full biometrics. The problem was that under the 2015 Electoral Act, the use of the card reader, which digitised voter data and also facilitated biometrics collections, was only a regulation, an expediency if you like, not contained in the Act.

But like a child that had been born, the pregnancy could no longer be aborted, nor the child’s existence denied. On March 26, two days to the last general elections, former President Goodluck Jonathan signed into law an amendment to the 2015 Act, empowering the Independent National Electoral Commission (INEC), to use any device, including the electronic register, to conduct elections. In other words, the expediency became law.

Our election process has improved over time and the best in recent times has been the one in 2015. Before then, elections were conducted pretty much the same way they were done in ancient Greece, only with the worst rigging mechanisms included.

It’s been said in some quarters that Jonathan took this step, in spite of himself. His close advisers were betting that the elections would be massively rigged in Buhari’s stronghold and pressed him to sign off the amendment to catch the riggers. He did, but somehow left the law in the closet.

The test came later. In spite of the law, two of the greatest unfathomable rulings of the Supreme Court (in the Rivers State and Akwa Ibom governorship elections), the Court still gave precedence to the manual register against smart card reader.

If the National Assembly’s amendments are intended to cure that defect, once and for all, what is the problem with that?

The problem is that the National Assembly has weaponised the bill; it has become one more tool in the war theatre between the legislative and executive branch, a theatre that Buhari himself helped to install by his standoffishness at the beginning of his administration.

To understand the odyssey of the electoral bill is to trace the feisty legislative-executive relationship, especially the defection of key members of the National Assembly to the opposition. The moment Senate President Bukola Saraki and Speaker Yakubu Dogara decided to leave the APC, anything to undermine the executive, including the electoral bill, was fair game.

The long delays (especially in the House of Representatives, where the bill languished for over one year); the four cycles of back-and-forth, which saw multiple amendments and a self-serving attempt to usurp INEC’s role; the omission of even the card reader in the third draft bill passed in August; the disgraceful typographical errors by the National Assembly bureaucracy; the needless multiple postponements of resumption by the National Assembly, all served to bring the country to this sorry pass.

Of course, the executive was not blameless. It simply took a leaf from the survival script of the legislature and served a backhand to avoid the booby traps and save its own neck.

Buhari said there were serious drafting and scheduling issues with the bill; that signing the bill will create confusion of interpretation; that while he supports the use of the card reader and biometrics, he is opposed to the criminalisation of non-electronic transmission of results, as contained in the bill.

An additional concern, according to Buhari and his party, is that whatever the merit of the electronic transmission of results, it has not been tested, even on a limited scale, and therefore should not be deployed in a major election.

And, on top of that, he said, signing the bill now will be a violation of Article II (1) of the ECOWAS protocol on democracy and good governance 2001, a consequential factor in the last election crisis in Kenya.

The problem is that the National Assembly has weaponised the bill; it has become one more tool in the war theatre between the legislative and executive branch, a theatre that Buhari himself helped to install by his standoffishness at the beginning of his administration.

Where is INEC in all this? The Commission has said there’s no going back on smart card readers and that the “incident forms”, which dubious officials often exploited as excuse to use the manual method, would not be allowed next year. That should, for now, sufficiently address the concerns on all sides about the potential second coming of Mike Tyson and co.

I think the defining question is, what likely danger does Buhari’s non-assent, pose to free, fair and transparent elections next year?

Next to zero. The Electoral Act under which Buhari was elected was passed, and tinkered with up till the last minute, by a PDP government. So, why is the PDP worried about contesting under a law passed by its own government? And if Buhari has said he does not mind assenting if the amendments would commence after the next general elections, what is wrong with that?

Not because technology does not have its problems (after all Florida, in the US, is the world’s election recount capital) and, of course, there are serious concerns about a high-profile Nigerian politician recently visiting the Russian hacking underworld. But because whatever its flaws or perils, technology increases transparency and confidence in the system, making the vote really count.

If, all said and done, the National Assembly believes that we are doomed without the amendments, then it can save us by overriding the President’s veto. Surely, it wouldn’t be hard to find the two-thirds required to do so. Or is this just politics of exaggeration, as usual?