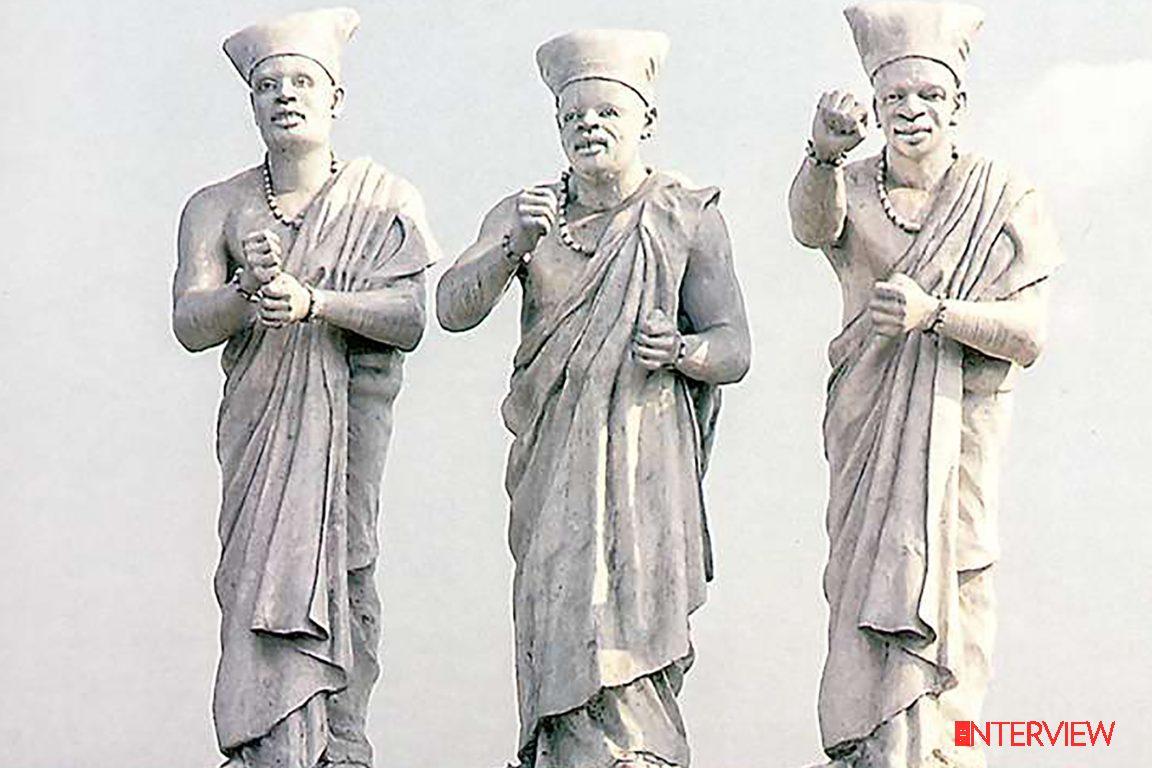 After much public outcry, authorities in Lagos seem to be according the long-running waste challenge the emergency response it deserves. There have been reports of re-mobilisation of the existing waste management board which, in turn, has massively pressed men and materials to rid the highways and residential neighborhoods of garbage.

Already, assurance has been given that Lagosians can now contemplate Y2019 without having to agonise over the nuisance of filth.

Of course, to get there, the state government has had to discard its initial attempt to re-invent the wheel; it simply went back to the existing template that had ensured relative hygiene and sanity before Visionscape came on board.

By the way, before proceeding, let me admit that I have more than a passing interest here not just out of enlightened self-interest as a Lagos resident but also as a proud Lagos State Ambassador for Environment (decorated by Governor Raji Fashola in 2009).

As one had argued in this column earlier, there is sense in the theoretical assumption underpining the Cleaner Lagos Initiative envisioned by Governor Akinwumi Ambode: seeking a new way to confront the mounting challenge of waste management in a fast-growing city.

The only trouble is that the midwife the government engaged to birth the new order did not seem to have sufficiently understudied and understood the peculiarities of the patient before rushing to unleash the scalpel in the theatre.

Perhaps, things would not have unraveled calamitously had Visionscape phased its intervention in pilot schemes, learning and fine-tuning things along the way before scaling up.

Worse, it had not even assembled the requisite manpower and critical tools before setting out.

The result was the harrowing meltdown suffered across Lagos metropolis for most of the year with the resurgence of garbage, completely obliterating the modest gains thought to have been recorded in the last decade in waste management in Africa’s most populous city, beginning from 2004 when the PSP model was adopted from a blueprint fashioned by a panel headed by then deputy governor Femi Pedro and assisted by then environment commissioner, Tunji Bello. (Interestingly, also on the panel was Babajide Sanwo-Olu.)

There is sense in the theoretical assumption underpining the Cleaner Lagos Initiative envisioned by Governor Akinwumi Ambode: seeking a new way to confront the mounting challenge of waste management in a fast-growing city.The only trouble is that the midwife the government engaged to birth the new order did not seem to have sufficiently understudied and understood the peculiarities of the patient before rushing to unleash the scalpel in the theatre.

All things considered, there are surely lots of lessons to be drawn from the easing environmental crisis. Of course, chief among them is the futility of seeking to reform a process without the buy-in of critical stakeholders including the PSP operators.

But beyond the assurance of immediate relief the ongoing emergency evacuation gives, there is no denying that public apprehension remains about the prospects of waste management after Ambode.

So far, among the motley crowd of those aspiring to be the next Lagos governor, only Jide Sanwo-Olu would appear to articulate a vision indicative of an understanding of the real challenge of waste management in a megacity of Lagos stature in the decade ahead.

Indeed, with a population in excess of 20 million and an economy rated fifth largest on African continent, the state generates a colossal 13,000 tonnes of garbage daily.
As the population grows the more desperate things will surely get.
Curiously, Sanwo-Olu’s main contender in the race, Jimi Agbaje, was rather effusive in his praise of Visionscape which most Lagosians see as lacking capacity and capability, hence the garbage crisis of the last 12 months.
While featuring on a Channels TV programme on Sunday, he came across more as Visionscape’s PR officer. Maybe pharmacist Agbaje is seeing chemistry different from the rest of Lagosians.

Perhaps, things would not have unraveled calamitously had Visionscape phased its intervention in pilot schemes, learning and fine-tuning things along the way before scaling up.

Anyway, a poor reading of the challenge of the monster confronting Lagos is to assume it ends with the now familiar unsightly spectacle of communal wheelie bins overflowing with rubbish at the street-corners or bulging bin bags dumped in the median of the highways. No less critical is the issue of industrial waste.
In fact, the unscrupulous manufacturers offloading toxic effluent into the waters indiscriminately or those dumping medical waste around constitute graver danger to our collective humanity.

To be honest, waste management poses a great headache even in relatively far more developed countries. But the difference is the creativity summoned to tackle such head on.
Even today, London continues to face public uproar over the menace of uncollected waste polluting the streets. Part of official response is to scale up recycling. Such that the amount of waste being recycled has shot up from five per cent in 1996 to more than 22 per cent today.

Under the new London Plan, the mayor has unveiled an ambitious target of 2026 to achieve 100 per cent waste management with zero-biodegradable or recyclable waste sent to landfill.

The EU had set Y2020 as deadline for 50 percent recycle of waste.
However, the 13,000 tonnes of waste Lagos daily generates is a child’s play compared to China’s monstrous 520,000.

Well, that is to be expected. China is world’s most populous nation. To confront its own demon, the strategy Asian giant has evolved over the years is outright burning. Of course, the art of incineration has spawned a huge industry dominated by the private sector.

The value-addition here is that the heat from burning garbage at more than 1,000 degrees Celsius produces enough electricity to power more than 140,000 homes.
However, realising the collateral implication of that option, the emphasis of the Chinese authorities is then on who can burn waste in the cleanest way with a high-tech filtration system that removes dioxins and other toxic gases.

But I must say that watching Sanwo-Olu speak on this critical issue recently surely offered some relief, even hope.

To begin with, it is reassuring to learn that Sanwo-Olu, having apparently learnt from some of the shortcomings of Visionscape, agrees that reforms in any social intercourse are impossible without first securing the inclusivity of stakeholders.

These include not only the generators (both industrial and domestic) but also service providers (private or community-based) and recyclers. Going forward, he seeks an engagement that will radically improve on the present structure to, in fact, turn it to value- creation.

To be honest, waste management poses a great headache even in relatively far more developed countries. But the difference is the creativity summoned to tackle such head on.

So, the new advocacy, according to him, will first target the home. People will be made to see the wisdom in separating wet waste from the dry ones, the organic from the non-biodegradable like plastic.
Of course, such preliminary processing makes for easier management. Non-biodegradables can easily be recycled while the organic waste is processed into manure.

To say nothing about the waste-to-energy possibility.
In framing his own policy on environment, Sanwo-Olu says he draws inspiration from the sort of audacity behind the Bill Gates Initiative in the United States turning human faeces to drinkable water.
It may sound crazy; but Gates’ idea is already being viewed in enlightened circles as the future’s more sustainable way to fix waste disposal as well as quench man’s natural thirst for water.

Well, for now, I am sure Lagosians are more keen on hygienic environment before considering such outlandish invitation to sample Gates’ “treated water”.
In the main, Sanwo-Olu looks beyond present utility of an efficient collection and disposal mechanism in Lagos. Indeed, a more sustainable containment strategy for the future transcends the tokenism of mere acquisition of more compactors or expanding the capacity at the dump-sites.

There is, therefore, a lot of sense in Sanwo-Olu’s seeking to inculcate a new culture of sorting waste at the primary generation points. Experiment has proved that once garbage is sorted, the cost of eventual conversion in the value chain is cut by almost half.

The smart investor will then need no further prompting to know where to put money to make profit on a sustainable basis. That way, waste becomes a goldmine. Insofar man continues to draw oxygen and live, he certainly will never stop generating waste.

This surely is the way to go since it guarantees cost-recovery, thereby relieving the government the current burden of heavily subsidizing waste management. Again, such prescription is consistent with the new thinking in sustainable environment management integrating three key pillars: people, planet and profit.