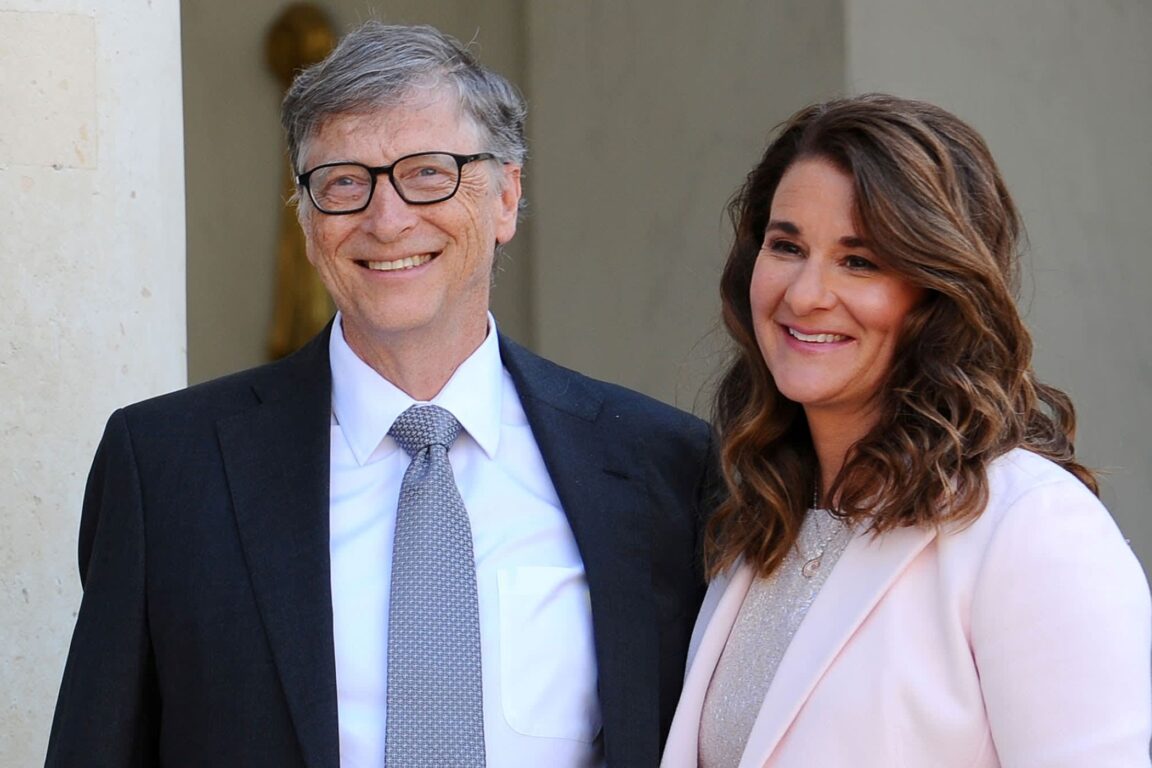 Bill and Melinda Gates had barely finished saying the “D” word when all kinds of marriage counsellors and grief-mongers besieged social media with suggestions of why they think the couple is breaking up.

The sentiments, ranging from the probable to the bizarre, with a sprinkling of fictional tales in between, have defied the couple’s request for privacy. Misery loves company.

Some accounts even make you wonder if the composers might have had a bedside view of the 27-year-old marriage.

A break-up is a messy thing. You don’t have to experience it to know.

But for all those who are outside, looking in, it always seems that one or the other couple could have done this or that to save the marriage. A failing marriage is easier saved by outsiders.

In the case of the Gates, the couples’ explanation that they had to part ways because they believe they could no longer grow together as a couple in the new phase of their lives, didn’t seem to satisfy the curious army of commentators in Nigeria’s social media space.

They think there’s more to it and if they can’t find it, they will invent it.

Above the din of the rampant reports of killings, banditry and kidnappings with scores of students of a private university in the North west state of Kaduna currently held at gunpoint and distraught parents emptying their life-savings to pay ransom, the Bill-Melinda break up still managed to trend.

Not even the Twitter caution by @DrOlufunmilayo that, “Bill Gates is not your problem as a Nigerian.

His marriage/divorce is not a priority to you.

He’s the richest man in the world (or was). He’ll be fine…”, restrained the Twittteratti from evoking images of Jeff Bezos and Mackenzie, and Kanye West and Kim, and how, once again, money is at the root of this sad story.

The Gates break-up is somehow, being framed as yet another irrefutable evidence that divinity, and not money, sustains a marriage.

In other words, if the Gates’ had a little more god, the marriage might have been saved.

It’s the sort of awkward, largely conservative thinking that suggests that wealth and successful marriage are incompatible.

Those who insist on beating us over the head with this argument ignore the tens of hundreds of marriages of ordinary folks that break up daily for mainly financial reasons.

It may be an uncomfortable thing to say: but open your eyes. Money is a prolonger, not an abridger of marriage.

While infidelity, lack of commitment, and poor communication remain major factors in the collapse of many marriages, the “final straws” are often domestic violence and poor finances, not more or less of god, which quite often, can also be a weapon of blackmail.

Dozens of stories about divorce from customary courts around the country that never make it to the front-pages are not because the parties don’t have enough god in their marriages.

A good number, in fact, have too much god, too little honesty, and certainly, insufficient money to make their marriage work.

I honestly don’t understand the hypocrisy that refuses to acknowledge that money answers a good deal of marital misery, because it does, whatever social media trope might say

A recent anecdotal research by a family lawyer, Akinboboye Adeniyi, published in a blog in February, showed a disturbingly steady rise in divorce cases in Nigeria’s two most populous cities – Lagos and Kano – with a similar trend also in Abuja, the country’s capital.

According to the report, in 2018 in Badagry alone (one local government in Lagos), 3,000 divorce cases were recorded, while Kano State had one million registered divorcees in 2019.

The report also said court records in Abuja showed that over 2,000 cases were filed between 2019 and 2020, with an average of 30 cases daily.

Yet, these figures are largely under-reported.

I honestly don’t understand the hypocrisy that refuses to acknowledge that money answers a good deal of marital misery, because it does, whatever social media trope might say.

But I get it. Hypocrisy is the unseen third party installed in many Nigerian homes by years of acculturation and pseudo-religion. We’re probably the world’s pretence capital. We just love to pretend.

If Melinda were a Nigerian wife, for example, not only her parents, but her entire community would have insisted that after 27 years, there is no new mountain left that the couple cannot climb together, even if it meant Melinda carrying her husband on her back!

How can she tell her family that a marriage of over two-and-a-half decades to the world’s fourth wealthiest man has become “irretrievably broken?”

Wherever the pieces may be, Melinda would have to find them and put them together again, with or without help from Bill, if for nothing else for the sake of what people might say, and of course, for the sake of their three children.

Many marriages are held together, not by love, respect and honesty, but by the fear or shame of what people would say if the couple parted ways.

And how, it would be said, can Melinda even complain of “irretrievable breakdown” in her marriage, when as it has now emerged, she may have set the stage by agreeing to a bizarre pre-nuptial arrangement that allowed her husband to maintain liaison with his former ex, Ann Winblad, which allowed the parties to spend spring every year together, playing putt-putt?

No one has blamed Ann Winblad for the collapse of the Gates’ marriage.

Elsewhere, Melinda’s consent for her husband to play putt-putt with his ex, once a year, might be deemed as commendable act of honesty. In Nigeria, however, it would be judged as spousal hara-kiri, a foolish endorsement of closet polygamy.

In a society where people put God stickers on their car bumpers with the right hand and take a bribe with the left, a good number of marriages have improvised ways of reconciling with hypocrisy.

They just put on a daily show of affection for outsiders, but inside suffer in misery and loneliness.

This is not a time to judge.

It’s a time to remember Bill and Melinda for all the great work that they have done together as a couple for humanity.

As one article in the New York Times said, they have been powerful forces on the world stage, their vast charitable contributions giving them access to the highest levels of government, business and the nonprofit sector.

In Africa, plagued with malaria and other infectious diseases, their contributions have been phenomenal.

In 2016, the Gates Foundation which had invested $9b over 15 years in various initiatives announced a fresh $5bn in the continent to support health and other anti-poverty programmes across the continent.

Without the support of the Gates Foundation, it’s unlikely that Nigeria would have overcome the fight against polio which it did to its eternal shame only last year, or that South Africa would have, by now, recorded progress in access to anti-retroviral drugs, which significantly cut its HIV/AIDS infection rates.

The less endowed countries on the continent would certainly have been worse off, without the exemplary philanthropy of Bill and Melinda.

Even in the fight against the COVID-19 pandemic that has left the world reeling, the Foundation has invested over $1bn in research, vaccines and other forms of succour.

The world will miss the work that the pair did as a couple but we should take comfort that their collective legacy would outlive their broken marriage. And who says the end of their marriage, however sad, is the end of separate lives of devoted charity?

I know it’s hard to back off a broken marriage involving a couple that has been in the public eye all their lives, and especially for a pair worth over $124b whose separation contract has not yet been unsealed.

But for the sake of their good works, if nothing else, narrators may at least momentarily retire from the bedside of the pair, while they’re trying to work out the last vestiges of a relationship that blessed the world so!