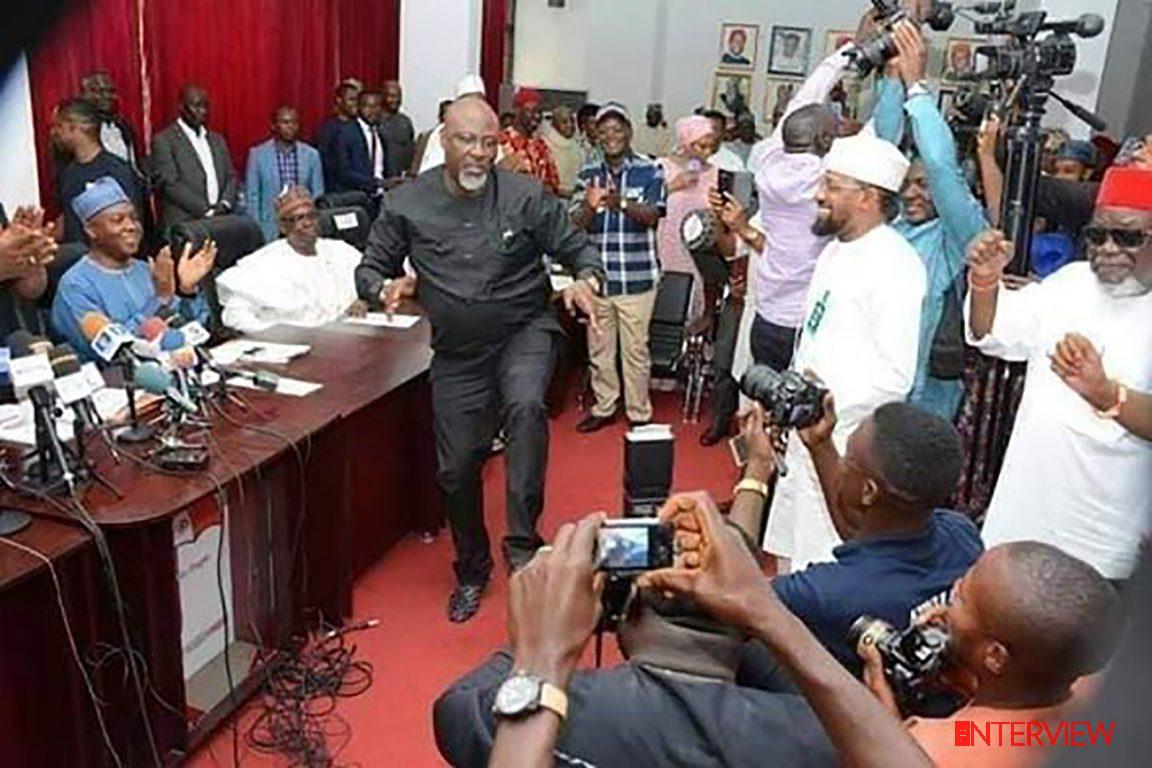 Nigerian politicians are ever so predictable. They’re driven by their personal and almost always selfish interests.

It doesn’t matter what’s at stake at any time, it’s always about what they want and how they can get it. For the Nigerian politician, all roads lead to the goal.

So, we are not surprised that they are all falling over themselves, united only in their common call for the sack of the chairman of the Independent National Electoral Commission, Professor Mahmood Yakubu, after the unfortunate postponement of the presidential and National Assembly elections in the wee hours of Saturday.

Of course, we are all outraged and for the right reasons. For one, the call to postpone was one that came too late. We all asked the same questions: why wait till the election morning to tell us that the elections will not hold? What was it that INEC suddenly knew that it didn’t know, let say, 24-48 hours earlier?

The truth is that we may never know; and it may not be because Professor Yakubu is allergic to telling the truth but probably because some truths may prove too devastating for such a fragmented and highly overwrought polity as ours.

We may also never know what this INEC decision has saved Nigeria and Nigerians but one thing many Nigerians have agreed on is that postponing last Saturday’s presidential and National Assembly elections was better than staggering them, which was the only other option INEC faced when the decision was taken to postpone.

But the two major political parties do not think so.

First, it was the Peoples Democratic Party (PDP), who through its Chairman, Uche Secondus, demanded, as an immediate appeasement offering, Yakubu’s head on a platter.

Then, as though on a cue, his All Progressives Congress (APC) counterpart, Comrade Adams Oshiomhole, carried on the chant during the APC caucus meeting on Monday. Anyone listening to Oshiomole that Monday would conclude that Nigeria’s problem started and ended with Professor Mahmood Yakubu and INEC.

I laugh because the Nigerian politician is ever always predictable.

I laugh because every right thinking and discerning Nigerian already knows what is at play here.

I laugh because now we don’t even know whose mole Professor Mahmood Yakubu is: APC or PDP, or perhaps he’s a double agent playing both sides?

I also laugh because this time we are all more engaged in the process to know the real detractors when we see them.

Adams Oshiomhole, Uche Secundus and co are the real culprits and it’s indeed laughable that they think they can fool us with their contrived and exaggerated righteous indignation.

A photo of Senator Dino Melaye singing and dancing while the Senate President, Bukola Saraki, and other members of the party’s drama troupe were cheering him on with claps, during the party’s Tuesday meeting on the issues, sums it all up for me.

For instance, we should probably begin by asking Adams Oshiomhole, who has been shouting himself hoarse over a certain Mike Igini, the resident electoral commissioner for Akwa Ibom State and how he (Igini) would collude with the PDP to rig elections in the state, what went wrong between him and man who was also the Edo State REC when he, Oshiomhole was the state governor?

Is this the same Igini who was REC when Oshiomhole defeated the infamous godfather of Edo politics?

Is this the same Igini on whose watch Oshiomhole claimed to have delivered 46 per cent of the votes cast in the last presidential election to Buhari – the highest votes in the South South?

We should also ask him what he would do if President Muhammadu Buhari emerged winner after Saturday polls; would he still insist that the elections were rigged or would Professor Yakubu suddenly become competent and no longer colluding with the main opposition?

It’s on record that it’s on Adam Oshiomhole’s watch that the ruling party will not be fielding any candidate for both the gubernatorial and National Assembly elections in Rivers State; a political catastrophe for which no one is calling for his head – yet.

We should also ask him when the APC-led government released the funds for the elections; less than two months ago or when?

As for Uche Secondus and his PDP, I just don’t know what to say. A photo of Senator Dino Melaye singing and dancing while the Senate President, Bukola Saraki, and other members of the party’s drama troupe were cheering him on with claps, during the party’s Tuesday meeting on the issues, sums it all up for me.

If this photo didn’t jolt you into realising that we are dealing with a coven of malicious and greedy drifters here, I bet nothing else would.

We may also never know what this INEC decision has saved Nigeria and Nigerians but one thing many Nigerians have agreed on is that postponing last Saturday’s presidential and National Assembly elections was better than staggering them, which was the only other option INEC faced when the decision was taken to postpone.

The people who deserve our attention and even pity at this time are regular Nigerians and the INEC Chairman himself.

I pity Nigerians because of the emotions, hopes and even money most of us must have invested in the forthcoming elections.

As for the INEC chairman, I think he has, willy-nilly, found himself exactly where our ever integrity-challenged politicians have always wanted him to be, so he can become the scapegoat much needed at this time.

And they are all ranting against him now because at the last minute he had refused to lend his head to break the proverbial coconut.

But after all is said and done we will have to insist that our electoral system is given a thorough make-over. Why do still have store election materials in the CBN vault till the eve of the Election Day?

When and how should funds be released to the INEC to ensure free and fair elections?

When are we going to leverage on technology and make our elections less cumbersome than they are presently?

These are some of the issues we must address going forward. And in this matter, even Professor Yakubu’s head on a spike at the Eagle Square would not get us where we need to be any faster.