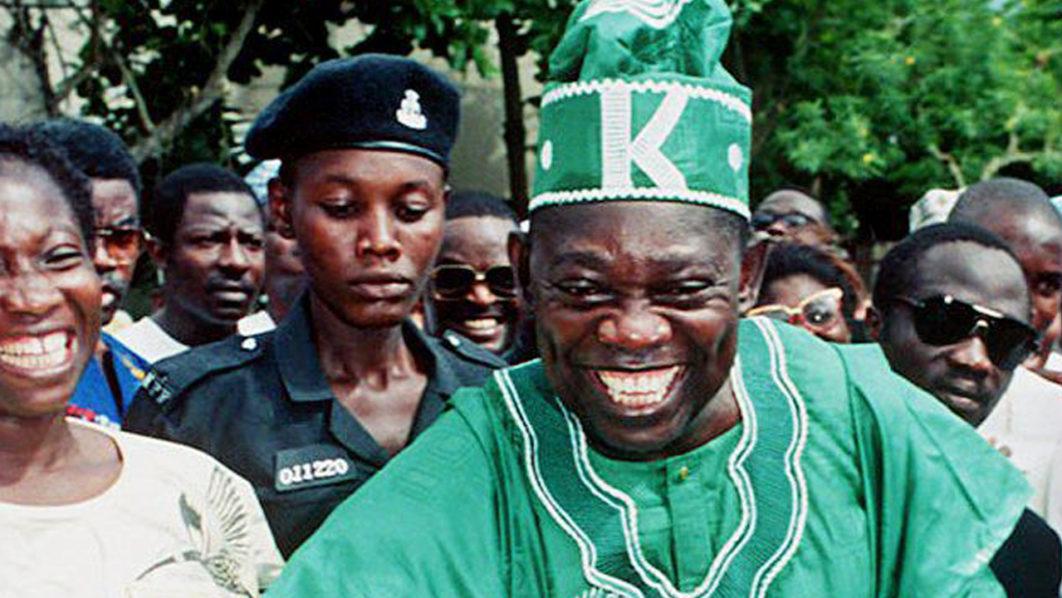 Nigeria is only one of probably two countries in the world with a democracy day.

The other is Cape Verde.

The respect that Nigeria pays to democracy is an irony because Nigeria is not classified as a truly democratic nation.

Under an adulterated form of democracy that is practiced in Nigeria, hardly do we realise that we are not even listed among countries that have true democracy.

What we treasure is fake.

The greatest democracies have no day set aside to celebrate democracy, but the government of the people by the people is greatly esteemed and closely guarded.

Unlike Nigerians, the most democratic nations are not social animals who must set aside a day to party over what they don’t have.

One of the most respected metrics on democracy is the Democracy Index, created by the Economist Intelligence Unit, to rank the quality of select democracies around the world.

Countries are rated on their electoral process and pluralism, functioning of government, political participation, political culture and civil liberties.

Nigeria is among the least democratic on the most recent index from 2021, at number 107, with Mauritius and Botswana being the only African countries in the top 30 ranking.

Norway was rated the most democratic country.

Another reputed index is the Democracy Matrix, a project funded by the German Research Foundation (DFG).

Its rankings are similar. It rates Nigeria at number 100.

On the Democracy Index, Nigeria’s democracy is classified as an “hybrid regime,” different from full or flawed democracies or authoritarian regimes.

It goes on to explain the class of democracy we celebrate in Nigeria as: “…nations with regular electoral frauds, preventing them from being fair and free democracies. These nations commonly have governments that apply pressure on political opposition, non-independent judiciaries, widespread corruption, harassment and pressure placed on the media, anaemic rule of law, and more pronounced faults than flawed democracies in the realms of underdeveloped political culture, low levels of participation in politics, and issues in the functioning of governance.”

If we look around at nations far behind us in 1960, such as Malaysia, Singapore, Botswana and Mauritius, and note where they are today, we may be ashamed of what we are celebrating

This is the kind of democracy for which we have set aside a day to eat and drink on June 12.

It is hardly surprising we would celebrate our worse-than-flawed democratic system since Nigerians celebrate anything. The way we party on birthdays and funerals is legendary. Why should democracy be any different? We celebrate at any excuse.

Not lost in my analysis is the origin of Nigeria’s democracy day, the June 12, 1993 election, which the military regime of Ibrahim Babangida annulled without reason, eventually leading to the death of notable individuals, including the winner, M.K.O. Abiola, and his wife, Simbiat.

But should we celebrate June 12 with the same gang who annulled it, including those who perpetuate electoral fraud and prevent a free and fair democracy?

Can democracy be celebrated when party delegates have just been paid dollars-for-votes in plain sight?

What we have lost in the June 12 festivities are our moral compass and dignity as a people, because we do not think or ask if our democracy is befitting or functioning.

We do not ponder over if the democracy bequeathed has value.

Our democracy has become wealth built upon fake currency – it looks like the real thing but it is worthless.

That is why democracy day is not worth celebrating.

We have just witnessed shameful and repugnant party primaries, for which nobody can be proudly Naija.

In the primaries, we saw the two richest politicians in the land riding upon the major parties to bribe their way into power. The rich stuffed the pockets of so-called delegates, who were nothing but zombies remote controlled by cash.

Stories abound about how politicians paid as much as $25,000 to buy votes, apart from picking hotel bills for days to lock delegates in.

Reports also indicated some delegates got fringe benefits in the form of prostitutes as part of the package to secure their votes.

One of the delegates in the PDP, Mr. Tanko Rossi Sabo, returned home to Sanga in Kaduna State to share the bounty. He gave seven million naira to his community from the loot he collected at the primaries.

That is the kind of democracy we celebrated on June 12- where the choice of political candidates was made by merchants and the soul of the nation was on the slaughter slab.

For those who sincerely believe that democracy is maturing nicely and is worth celebrating, I understand their views.

Such people point out that the peaceful conduct of party primaries is by itself an evidence of progress.

Some others identify the new, untested electoral law as a sign of political development. Those are also acceptable positions.

There is definitely progress being made.

What we have lost in the June 12 festivities are our moral compass and dignity as a people, because we do not think or ask if our democracy is befitting or functioning

But the advancement is so infinitesimal to the problem that the outcome is useless and malfunctional.

Evidence abound about the breakdown of our democracy.

Unemployment has skyrocketed to unseen heights, with rates hovering around 40 per cent – an abnormal record in any society.

Poverty has pervaded the land, with Nigeria languishing at the bottom of the human capital development and other prosperity indexes.

Nigeria is literally sinking in debt. Very soon, we might start servicing debts at 100 per cent of national revenue.

Insecurity is indescribable. People are murdered at places of worship.

An important rail route was ambushed kilometers from the national capital, with victims still held by bandits. That rail service has been unable to resume.

It is a burden on the people. The more the citizens vote, the worse their lot become.

Politicians have cornered all the benefits of civil rule, leaving not even the crumbs by the table.

We should not be celebrating what we deserve and should have had.

We are setting expectations too low. There should a higher bar for democracy, nearly sixty-two years after independence.

If we look around at nations far behind us in 1960, such as Malaysia, Singapore, Botswana and Mauritius, and note where they are today, we may be ashamed of what we are celebrating.

We need to examine our standards. A healthy society does not turn fraudulent democracy and a severely decadent system into an achievement.

Mine may be a minority view, I know. Some may even assume I lack appreciation for the June 12 struggle, which would be untrue. I do.

I worked for M.K.O. Abiola’s newspaper, the National Concord, at the time the election was annulled.

And I was unable to function as a journalist for two years afterwards.

As a result of June 12, I wrote news stories that got me in trouble.

I was interrogated at the Alagbon Close Police FCIID Headquarters in Lagos as an editor at Punch Newspapers.

I was also summoned to testify at Justice Abdullahi Mustapha’s court in Abuja about June 12, a request which I ignored.

I know all about why the June 12 election and its history is important to preserve because I was on the battlefield.

What I do not see is the sense in celebrating democracy when it has been hijacked by the powerful and the rich.

Delegates are captured. Parties screw us. The battle won has been lost.

There is nothing worth celebrating. June 12 was just a time when we came to our senses for a few years.

We have lost our sense of direction since then, even if no longer under a military setting.