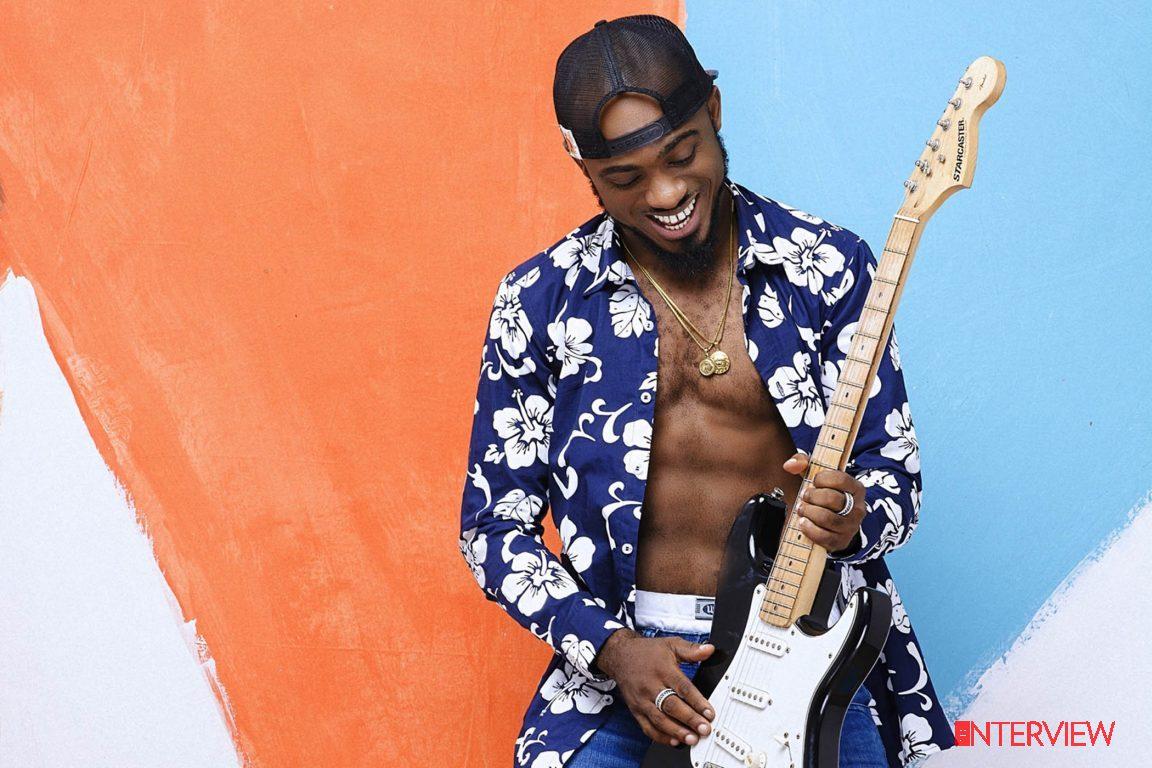 There’s hardly any music artiste in the country today that Fiokee hasn’t worked with; from Flavour to Davido. Born Ifiok Effanga, the recording guitarist’s unique sounds can be heard in over 70 per cent of hit songs in Nigeria. Discovered on the reality show, Star Quest, Fiokee in a chat with The Interview shared his rise to fame story…

At what period of your life did you realise that you wanted to be a guitarist?

After my Senior Secondary Certificate Examination (SSCE), and that was like 19 years ago in Eket, Akwa Ibom State.

Did your parents object to your career choice?

No, they had no option. They actually allowed me to do what I wanted to do, what made me happy; so they supported my career.

Who was the first artiste that gave you your first breakthrough?

I would have said D’banj but Don Jazzy did, and that was the track ‘Scapegoat’. That same track later attracted popular American rapper, Kanye West, to jump on the remix.

Since 2007, I have been on 70 per cent of the hit songs on the Afrobeat scene worldwide

What is the music value of the guitar in a recording?

It’s the spice of African music. What you often find is that most music producers use artificial guitars and you can’t get a real sound.

But those who understand the value of the guitar will always seek me out because they know very well that I can still give them that digital vibe with my live performance.

So, the guitar brings more life to the production. Since 2007, I have been on 70 per cent of the hit songs on the Afrobeat scene worldwide and if you listen carefully you would have been hearing #OMGItsFiokee in most of your favourite songs.

Since you have worked with many artistes in the industry, how would you describe the average Nigerian artiste’s understanding of music instruments?

Very few of them understand the value of music instrument. I’m not talking about their ability to play these instruments.

Though, some of them have very good ears but the people I respect most are the ones that play instrument because they can easily relate to what you are giving to them better.

Is there any Nigerian artiste you wish to work with?

Well, I have worked with almost all major artistes in the industry as a recording guitarist but I will love to work with Burna Boy and Wizkid on my own record.