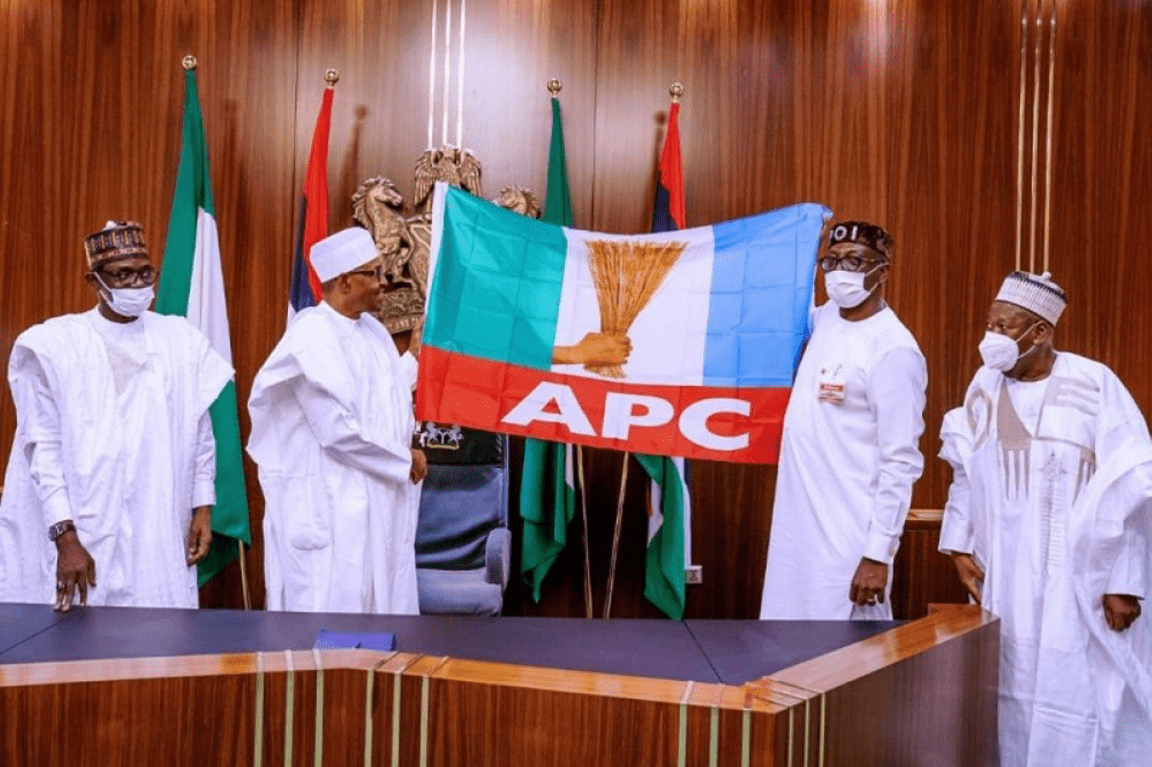 President Muhammadu Buhari on Friday met with the governorship candidate of the All Progressives Congress (APC) in Edo State, Osagie Ize-Iyamu.

Ize-Iyamu was led to the presidential villa by the Chairman of APC Caretaker Committee, Governor Mai Mala Buni.

Also in the delegation were Governor Atiku Bagudu of Kebbi State and Govrnor Abdulahi Ganduje of Kano.

The meeting is coming just as the political atmosphere in Edo is turning more volatile and violent and both APC and PDP laying claim to the leadership of the House of Assembly after the impeachment of the Speaker, Frank Okiye, on Thursday.

The impeachment followed a takeover of the assembly complex by security operatives and the subsequent swearing in of 12 lawmakers who previously been unable to take the oath of office for over a year after they were elected.

The 12 lawmakers along with five others believe to make up a faction loyal to former national chairman of the APC elected Victor Edoror as speaker.

The PDP had in a statement on Thursday accused Oshiomhole of being behind the police takeover of the Edo State House of Assembly.

The National Publicity Secretary of the PDP, Kola Ologbondiyan, asked the Inspector-General of Police, Adamu Mohammed, to stop the attempt to take over the Assembly.

He said, “The party posits that the invasion and illegal occupation of the state legislature by security agents allegedly deployed by sacked national chairman of the APC, Adams Oshiomhole, is a direct coup against the democratic order of Edo State and a recipe for anarchy, chaos, and bloodletting.

“We urge the Inspector-General to act with dispatch to curb this nefarious situation, which has heightened tension in the state, and if not halted, may result in a bloody clash as the citizens are already charged to defend their symbol of democracy from a forceful takeover.”

“The police hierarchy is urged to note that this provocative and lawless act by the APC is part of its plans to overheat the polity and create a security situation with the view to unleash violence on the people, derail the democratic order in the state and blame it on security agencies.“