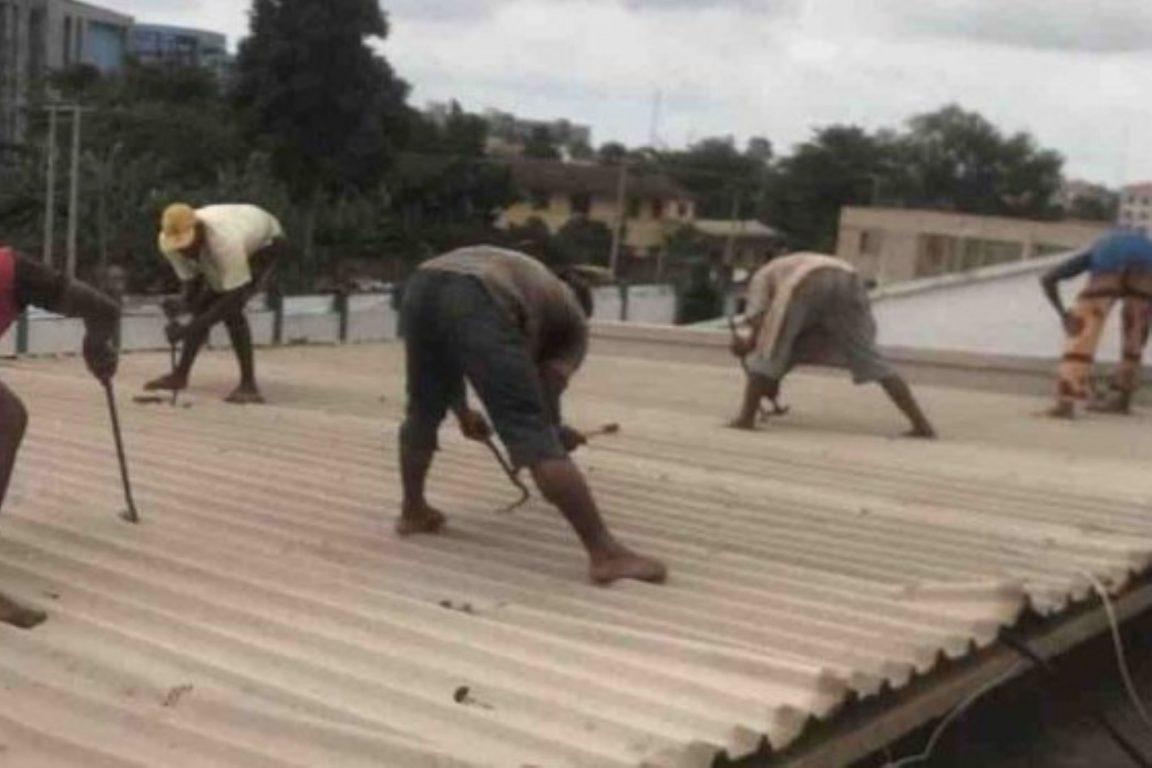 Unidentified men on Thursday swarmed the Edo State House of Assembly and stripped off the roof of the building.

A video circulating online, from Channels Television shows the men acting under the guise of conducting renovations at the building and moving to make it uninhabitable for lawmakers.

The Edo State Police Command had only hours earlier been reported to have taken over the state assembly complex.

Deputy Commissioner of Police, Ayoola Ajala, led the operation to the assembly following what the police termed a threat to the complex.

The action comes barely one day after the House impeached the deputy speaker Yekini Idiaye who had previously given his endorsement to the APC candidate, Osagie Ize-Iyamu in the upcoming governorship election in the state.

Governor Godwin Obaseki is the PDP candidate in the September 19, 2020 governorship election.

The video also shows the men removing the legislative mace on top of the complex though no reports have been made that renovations would be taking place at the complex.