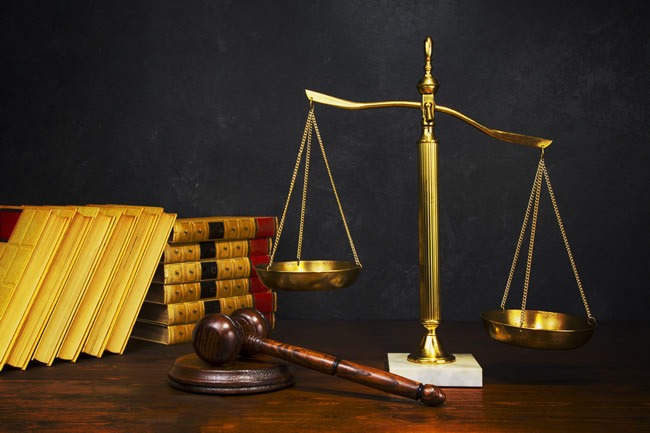 The government of President Muhammadu Buhari just boxed itself into a corner and the National Judicial Council (NJC) is very pleased to beat the government with a big stick.

After last year’s dramatic arrest of nine judges on suspicion of corruption and the sense of relief that Buhari had, at last, taken the fight to the fallen temple of justice (aptly described by Femi Falana as the new supermarket), the government has been caught on the back foot.

Days after the Nigerian Bar Association (NBA) made the ridiculous call for the judges to be recalled, the NJC recalled them without wasting time. What is left to complete the government’s humiliation is a ceremony for the government to convey its profound apologies to the judges for the inconveniences they may have suffered in the last eight months.

Of course, the Attorney General of the Federation and Minister of Justice Abubakar Malami has dramatised his anger at the NJC’s decision and promised that the government would appeal.

If he’s pretending to be angry to impress us, he needs to get over himself. It’s the incompetence of his office that has brought this embarrassment on the head of his own government and it’s a pity if he doesn’t understand that.

When the NBA, the tail that wags the NJC dog, issued a statement at the end of May saying that judges under investigation should resume sitting and that the government should terminate the charges of corruption filed against them, Malami should have known what was coming next.

He should have known that that was exactly the shot in the arm that the NJC needed to rescue its tribesmen from disgrace. Curiously, he let it slip.

Then came the second chance to show that the slip up was, well, a mistake. Six days after the NBA’s statement, the NJC issued a statement on Saturday asking the judges to resume on Wednesday – all of this happened within eight working days. Again, Malami let the eight days slip.

If the AGF and his team of nearly 1,000 lawyers in the Ministry of Justice could not file any charges in eight days (worst case by Monday) to potentially save the country from the spectre and embarrassment of a few judges sashaying from the dock to the Bench, then I think the honourable minister should seriously start thinking of something else to do.

A faction of the NBA, the NJC and their political wing in the National Assembly have always wanted to cripple the anti-corruption war, discredit it or have it on their own terms. The minister is lending them a hand.

The NBA is right that eight months is a long time to arrest the judges and yet not file any formal charges against them. But surely these lawyers cannot pretend that a court system that subjects tens of hundreds of other citizens to this same misery should work differently for judges.

The Comptroller General of the Nigerian Prison Service said in March that out of the 68,000 inmates in the prisons, 46,351 or 68 percent are awaiting trial. Some of them may have been detained for years for giving their dog a bad name, but the NBA does not think it has any business to speak up for them.

Of course, it begs the question, why the delay, after the dramatic arrests eight months ago?

One of the reasons why the Lagos State judiciary remains exemplary is that Vice President Yemi Osinbajo, who was then Attorney General and Commissioner for Justice, took personal responsibility for the implementation of the reforms. He was a professional, not a politician.

He did his homework, copied and adapted the best examples and practices wherever he could find them and personally led the state’s legal team to court when it was necessary. He provided leadership.

Under Malami, it would seem that leadership means a commando-style raid on the judges and letting foreign travels do the rest. There are credible reports that when the Ministry was preparing the charges against the judges, the Minister was away on a foreign trip to Turkey, while his staff were groping. It may well be that he travelled to save the Republic, but home is where the redemption is most needed.

Malami must get that clear. The anti-corruption war is one of the major pillars of Buhari’s agenda and if the man who should lead the legal charge is distracted, confused or perceived to be incompetent, then the war is lost.

Of course he cannot do it alone, and no one is suggesting that he should. It is within his powers to ensure that the anti-corruption agencies – the EFCC, the ICPC and the Code of Conduct Bureau – are giving their best; it is his duty to make any changes necessary, where this is not the case.

It was also to strengthen his hands that the National Prosecution Coordination Committee was launched last year for high profile corruption cases, and that was months after the Itse Sagay-led Presidential Advisory Committee on Corruption was also inaugurated.

So, instead of pretending to be upset and vowing to close the stable after the horse has bolted, Malami must tell the public why, in spite of the range of assets available to him, he could either not file charges against the judges or did so in a manner that suggests he was pleased to cut off the tail of the snake.

The NJC does not smell of roses either. How can it say, with a bold face, that judges with such heavy clouds of suspicion hanging over their heads should resume and start judging others?

How can the Council, against the most elementary requirement of equity, maliciously ignore petitions against its own members and ask them to continue sitting in judgment over others? Is this what the Lord Chief Justice Walter Onnoghen promised at his swearing in when he said he would fight corruption? Have we, milord, entered the phase of two laws, one country?

Recall is not acquittal, so perhaps Malami has another chance to save himself and his government’s reputation.

It’s also heartening that the offences for which the judges were arrested are not time barred. If NBA President, Abubakar Mahmoud, wants to lead a delegation of the NBA to apologise to the judges on behalf of its members and enablers, that’s fine.

But Malami has to show, within the next two weeks, that he is ready, willing and able to bring the judges to justice.

In the fight against corruption, he has to show the presence of mind and leadership that his office and the country deserve. Else he might as well resign and start his Kebbi governorship campaign immediately.