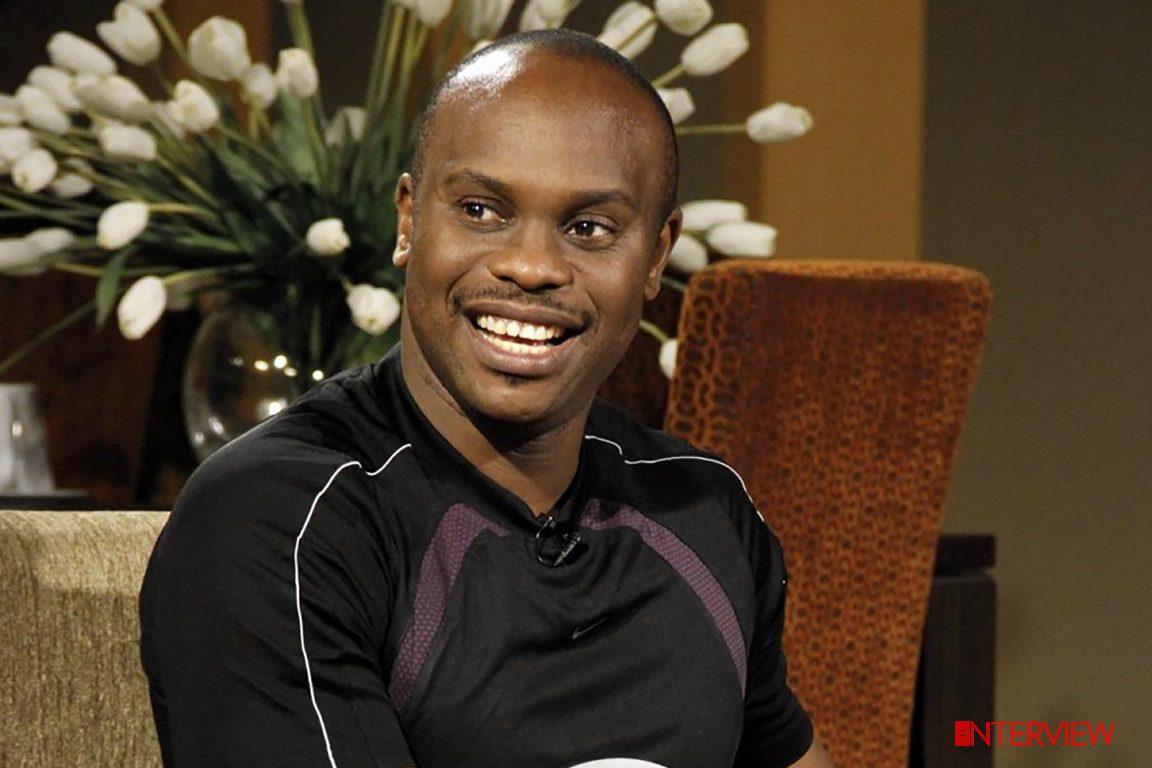 Olympic medallist in track and field, Enefiok Udo-Obong, advises Nigerian athletes to look beyond the shoddy treatment from the country and give their best at major championships:

Divine Oduduru recently achieved another sub-10 seconds in the 100 metres and at the same time qualified for the Tokyo 2020 Olympic Games. Can we use his performance as a yardstick for the progress of Nigerian athletes?

We cannot use Oduduru’s performance to judge the future of athletics in the country; he is just an individual athlete.

He came to limelight in 2013 and he is peaking in 2019, which shows he is in the right direction.

The performance only shows us that we have talents in this country and all we just need to do is to give them the right atmosphere and put technical input in place for them to excel.

The performance of Nigerian athletes at the last IAAF World relay in Japan was not impressive. Is the country going down from its previous heights in athletics?

One of the major things we have to do now is to start making people have pride in competing for the country, especially wearing the national colours.

It is not good that we have few top athletes who will choose the competition or tournament they want to participate in and the ones they don’t want to be part of.

That doesn’t speak well of us as a country. It started way back and we need to do something about that. Having said that, we have to also look at what we are doing to make these athletes happy to represent the country.

The athletes that went to Japan had issues of visa and the ministry of sports didn’t even do anything about it, leaving the team to get to Japan few hours to the championship.

All these issues we have to look at before saying the athletes are not patriotic. We have to check if our policy is right.

What will you say on the part of the athletes?

For me, I want to talk with respect to when I was still active.

It might be a meet you decided not to be part of because you felt they were not treating you well that would take you to the level needed.

So I will advise Nigeria athletes, whenever duty calls, they should just go, unless they are in a situation like Divine Oduduru, who is still in school and might not be released from school.

Also, I think by now we should have a pool of top athletes whereby when we don’t have the likes of Oduduru, Blessing Okagbare, Tobi Amusan, we should be able to get athletes that we can call upon.

We should start nurturing athletes, especially those back home. I will also say we should take competitions like World Relays very seriously, because it is like the qualifiers for the World Championship.

Can our foreign-based footballers not take the World Cup qualifiers or Olympic Games qualifiers seriously?

I am not a prophet but the truth is we have been doing the same thing over and over again, especially in terms of administration, support and development of talents, so we should not expect a different result

So what are the hopes of Nigeria qualifying for the IAAF World Championship in the relays?

I am of the belief that we are going to achieve that, we have the talents and all we have to do will be to put our acts together.

Just that we have raw talents and the cycle to bring an athlete to medal range is four years. Personally it takes me four years to get to the level of winning medals at international championships.

Before I won the Olympic medal in 2000, I already won the festival medal in 1998, two years before then I already performed well at the festival, getting to the finals in 1996.

So between 1996 and 2000, my coach already worked on me, so what I am saying is, it takes four years to become a world class athlete.

Take the example of Divine, he is up there now with the best but all this started since 2013 for him.

We need to start that preparation with the current crop of athletes that went to the junior championships in Abidjan, Cote d’Ivoire. We should start targeting 2024 Olympic Games, we must really plan from now.

Do you see Nigeria performing well at two major championships: the African Games in Morocco and the World Championships in Doha, especially with a year to the Olympic Games in Tokyo?

I am not a prophet but the truth is we have been doing the same thing over and over again, especially in terms of administration, support and development of talents, so we should not expect a different result.

The bottom line is if we are doing nothing, we should expect nothing. If the athletes perform well, it is due to divine intervention and personal hardwork on their part.