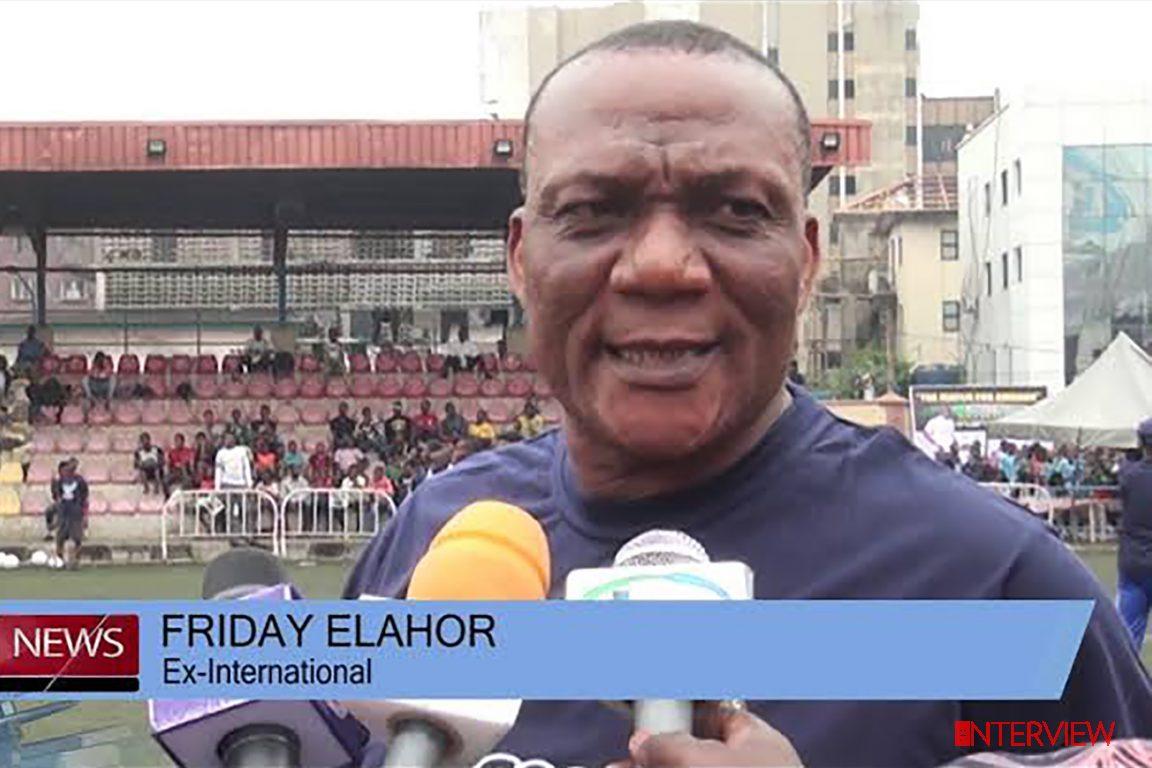 Nigeria will be playing against Benin and Lesotho in AFCON qualifiers this November, what are your expectations?

Benin Republic shouldn’t be a threat to Nigeria, because we have met them before and beaten them, likewise Lesotho. Every country in the world has improved, but that doesn’t mean they should be a problem to Nigeria.

The Super Eagles should be able to come out of those two matches victorious.

After the recent performance against Ukraine and Brazil, do you think this team has attained their potential or they are still a team in progress?

For me if you look at the two games, they have done well, especially the game against Brazil. But I will say they are improving but not there yet.

We are beginning to see new players coming into the team, trying their best to prove themselves, and I can see some young players doing well for the team.

Very soon we are going to get there; it is a gradual process. We should however not fret over the game against Benin and Lesotho.

As a coach and ex-international, would you say Gernot Rohr has done well for the country?

I don’t think the coach has done anything special with the team and that’s my own opinion, I don’t know what others are saying.

People will say he has qualified us for the World Cup and won bronze at the AFCON, but that’s not the issue.

We have other local coaches who have achieved same thing in the past. He should have brought something different to the team.

The problem is that he is not looking at the players playing in the local league.

How do you want to develop the league for us when he doesn’t see anything good in the home-based players?

He was brought here to develop the league for us and develop players from the home front and not just to come and coach the national team alone.

He was supposed to be in charge of all the national teams in the country, both the U-20, U-23 and the rest; that’s why he is the Technical Adviser.

He can oversee every department of the game. He was supposed to be going round the country and see who and who could be fit into the Super Eagles set up.

That was what Westerhoff did that endeared him to Nigerians till today. He was able to get enough talents from the home front that formed the bedrock of his success as a coach.

Nobody expected Nigeria to do anything at Algiers ’90, but the team went all the way to the final and won the AFCON four years later.

Let Rohr go round the country and bring out his players for people to see that he has developed someone from the league rather than bringing foreign based players anytime we are playing.

He can only talk about just a goalkeeper in the team at the moment. For me he has not done well for Nigeria football.

(Cuts in) I disagree with that. We have seen others failing in the past to qualify.

We missed the first two editions of the CHAN, so he shouldn’t use that as a yard stick. Does he also want to say he didn’t see any player in the league?

He should look for a player and let people say it was Gernot Rohr that discovered the player from the league.

He brought a goalkeeper from a fourth division in Europe; does that mean we don’t have a better goalkeeper in the NPFL?

I am not happy with him, let him develop and expose our players in the league which will make the players eager to give their best in the league.

Should we be excited about the impending resumption of the league this weekend?

We shouldn’t be happy because the league has been delayed more than enough and the NFF should be held responsible.

I don’t even know the calendar they are using; how could you delay the league for so long? It is not right.

They are not helping the league and I hope they are going to do something better going forward.