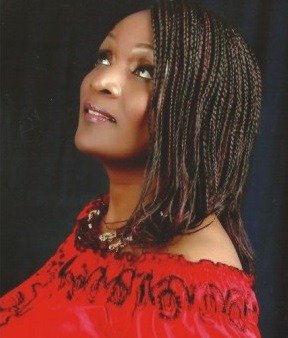 The Absence of Mental illness does not equate Mental Health

The incidence of spouses killing their partners gruesomely, adolescents committing suicide, university drop out as a result of drug addiction seems to be on the rise lately.  For the most part, in all these cases, the state of the mental health of these individuals is often neglected.  When mental disorder is mentioned in Nigeria, we instinctively think “Yaba left;” the picture of dirty, naked insane men and women on the street feeding off the garbage and engaging in self talk is what comes to mind.  Like the movie title “The devil wears Prada,” the mentally ill also wears Prada and Gucci you know!

On the other end of mental illness is mental health.  So what is mental health?  Mental health is the foundation for thinking, communication, learning, resilience and self-esteem. Mental health is also key to relationships, personal and emotional well-being and contributing to community or society.  In other words, mental health involves effective functioning in daily life. The crazy person on the street may be on the extreme spectrum of mental illness, but mental disorder is beyond “crazy,” it is more encompassing. Mental disorder includes illnesses such as depression, drug addiction, phobias, schizophrenia, anxiety, bipolar disorder, attention deficit disorder, eating disorder, among others. The American Psychiatry Association defines mental illnesses as “health conditions involving changes in thinking, emotion or behavior (or a combination of these). Mental illnesses are associated with distress and/or problems functioning in social, work or family activities.”

Many people who have a mental illness do not want to talk about it. But mental illness is nothing to be ashamed of! It is a medical condition, just like heart disease or diabetes. Mental illness does not discriminate; it can affect anyone regardless of your age, gender, income, social status, race/ethnicity, religion/spirituality, background or other aspect of cultural identity. There is still considerable neglect of mental health in Nigeria, and those who visibly suffer from mental illness are largely stigmatised. I had a colleague back in the days with mental illness; he was incoherent, seeing things that were not there, his dressing was out of sorts etc.  He was not hostile or dangerous to anyone, but he was largely unable to function or cope with life and  was immediately labelled as “crazy and on drugs,” He eventually got the right diagnosis for his disorder, is on the correct medication and has gone on to function normally and thrive in his chosen profession.  His case is not the norm, without his access to proper healthcare and ability to afford it, he would have been a statistic of another potential unrealised and life lived below par.

Depression is one of the most common forms of mental illness and is the leading cause of global disability worldwide according to the World Health Organization (WHO).  Recent WHO report revealed that we have gone from being some of the happiest people on earth to being ranked as one of the most depressed in Africa. The WHO data shows that Nigeria has approximately 7,079,815 sufferers of depression that is 3.9 per cent of the population.  Many people use the term depression loosely, referring to temporary sadness caused by almost any kind of personal setback.  But clinical depression is a medical illness that affects a person’s body, mood, and thoughts.  Women seem to suffer from clinical depression at more than twice the rate of men, but that may be because men are more reluctant to acknowledge the problem and seek help.  Depressive illness often interferes with normal functioning and cause pain and suffering not only to those who have a disorder, but also to those who care about them. The risk of becoming depressed is increased by poverty, unemployment, life events such as the death of a loved one or a relationship break-up, and physical illness.

Signs and Symptoms of Clinical Depression

The difference between someone who is just sad and someone with clinical depression is the duration and severity of symptoms.   See your doctor if you or your loved one experiences five or more of these symptoms for more than two weeks.

If you suspect someone is clinically depressed, the most important thing you can do is to help him or her get appropriate diagnosis and treatment.  The second most important thing is to offer emotional support.  Be positive and sensitive while maintaining as normal a relationship as possible.   Mental illness is treatable! Clinical depression can be treated with medication, psychotherapy, or both.  In Nigeria, most people seek treatment in a Psychiatrist (medical doctors with special training in diagnosing and treating mental illness, mostly with medication).  There are also Clinical Psychologists; these are doctors who specialise in mental health but they do not prescribe medication rather, their treatment approach is focused on psychotherapy.

Until next time – remember that the human brain needs health care, just as any other part of the body needs care …….with NO STIGMA ATTACHED.