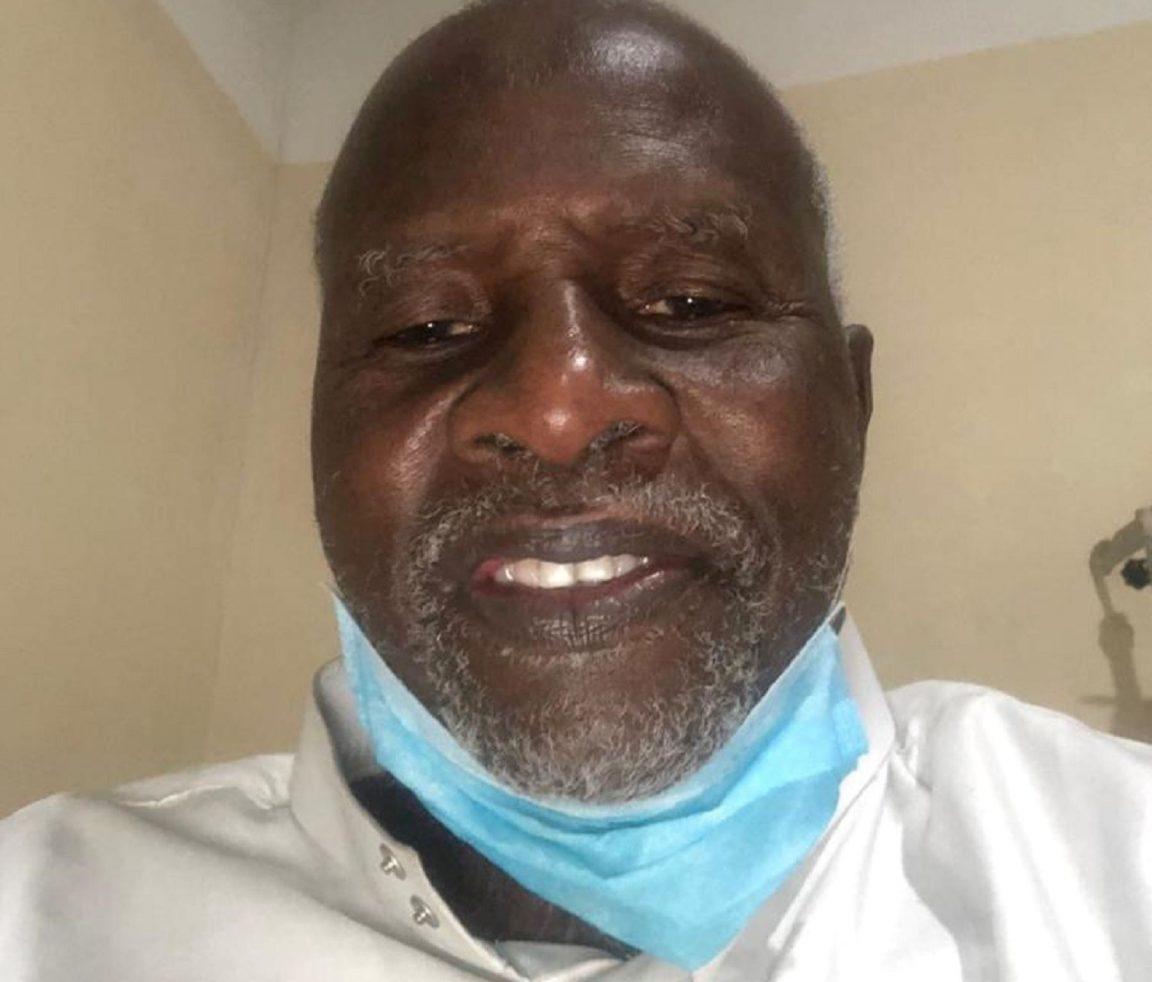 Ambassador Kabiru Rabiu, the Coronavirus index case in Kano, speaks at length on his experience and the controversies surrounding his case:

You have been identified as the index case for COVID-19 in Kano. Do you have any idea how you got infected?

First of all, the issue that I am the index case is to me debatable because there is no empirical evidence to show.

If you say I was the first one to have reported or requested officials to come and check my status, fine.

Now, the truth is that it is extremely difficult for anybody to know whether he has contracted that disease or not.

There are many types of fever in Nigeria.

So, if someone is suffering from fever, it wouldn’t immediately suggest that he is having Coronavirus.

This Coronavirus is completely alien to us.

It is new to us; so, not many people know the symptoms.

When would you say was the most difficult period during the time you were receiving treatment?

The most difficult period was when I was first admitted.

So, you can imagine that very big building and you are the only patient inside the building. It is not like when you go to a normal conventional hospital, where you find the nurses and the doctors are in their room, very close to you.

It is not so in this case.

The doctors, the nurses and other health workers are all somewhere else.

It is attached to the building, but you have no access to them.

Even the health workers, before they come to where you are, they have to wear the Personal Protection Equipment (PPE).

They have to wear the protective gear before they can go around and come into the isolation centre.

So, you are left there alone, on your own. I had nobody to talk to, nobody to sympathise with me.

Fortunately, I thank God for his mercy. It was a very difficult period.

And then, to add insult to injury, some people called and started telling me stories that were going round on social media.

I was really, really flabbergasted. I was hospitalised, I was alone in the hospital, my family was there in the house and at the same time, somebody is going to the social media, abusing me and posting stories that are false and unfounded.

People from UK, USA, Sudan, from China, from other places were calling me.

These are some of the things that gave me a disturbing and uncomfortable stay at the hospital.

Did any of your family members or close acquaintances contract the COVID-19 infection during this time?

I thank almighty Allah for his mercy.

All members of my household were tested by the same NCDC.

They all tested negative.

It is only my driver who tested positive and he was brought to the centre where I was.

Eventually, we stayed in the same room for about two or three weeks.

But apart from my driver, nobody from family was hospitalised or contracted the disease.

You had a travel history according to reports in the media, arriving from the US and stopping over at Lagos and Abuja. Is that accurate and did you not feel the need to self-quarantine?

That is the most laughable part of this.

I was annoyed. But when I was reading that, I was just laughing.

So, you can imagine in September, even in China, there was no issue of Coronavirus.

There was no issue of Coronavirus anywhere in the world.

It started sometime in December, three months after I returned to Nigeria.

I was invited for a board meeting in Lagos on March 11 and 12, which I attended.

I was always in the hotel. I left Lagos on the 13th and I arrived in Abuja at about 1.30pm, and went straight to my house.

I was not sick. I had no symptoms of any disease. I was fit to carry out my normal daily activities.

There was nothing like hindrance. I was not invited to any NCDC facility.

Some said I tested positive in Abuja; that I ran from Abuja to Kano, which is absolutely false.

Nobody tested me in Abuja. I came by air from Abuja direct to Kano. Later, a family friend, Aminu Gwarzo, died and I went to condole with the family.

Otherwise, I don’t go to the clubs or any social gatherings and so on.

When did you first feel to need to go to a hospital; What was the nature of the symptoms you had and which hospital did you first go to?

I was just doing my normal activities in Kano until about a week after I arrived.

I had a feverish feeling and I had a sore throat and cough.

When I started feeling this way, I went to a diagnostic centre to find out if I had malaria or typhoid.

So, I submitted myself for a test.

They said I had malaria and typhoid.

I was given three injections. But the malaria didn’t go.

That was the time when I started to question whether it was malaria.

On my own, nobody asked me to go for a test. I decided on my own to look for the rapid response team.
I got their phone number. I said please tell me, I have this feeling. I have sore throat and I have a cough.

Where is your office so that I can come? You should take my specimen and test me.

I had some treatment for malaria that didn’t go. They said where are you now? I said in my house.

They said stay there and we will send some people to come and fetch you. I said okay.

So, they came, they took some history about me and so on, my telephone number and so on.

Then they took the specimen. On my own invitation, they came.

After taking the specimen, they said it would take them about five or seven days before they get the results because they are sending the specimen to Abuja.

That time, the laboratory in Kano was not in place.

They said when they are ready, they will get back to me.

It was on the 11th of April, I cannot remember exactly when they came and took the samples. They did not call me until about a week later.

That was the time I was in the hospital, specialist hospital.

From there, they told me I tested positive.

A doctor from the Neuro-surgical Specialist Hospital in Kano has publicly accused you of deliberately misleading them about your symptoms, hiding your travel history and having previously submitted samples to NCDC. And one day after the hospital admitted you, on April 11, NCDC went there to move you to an isolation centre. According to him, you exposed four or five of them to the virus. Is this an accurate description of all that transpired?

That is absolutely untrue.

And the doctor is being economical with the truth.

If the doctor has failed to do his job, he should not pass the blame to his patient.

Mine is to tell the doctor what I am feeling, not to go ahead giving conclusions that I had COVID-19.

I was feeling symptoms. I had a cough, sore throat. I had a feverish feeling.

I told him this exactly, and even the results from the diagnostic centre, they said I had malaria and typhoid.

The result is with him, I gave it to him.

So how could he turn around and say this?

Is it for me as a patient to decide this is what is wrong with me?

I can only tell him how I feel and that was what I did.

It was most unfair for that doctor to make the comment you alluded to.

Two, for him to say that I came and was evacuated from his hospital is a bloody lie.

I am very sorry to use that word.

It is not for public consumption, but it is not true.

What happened is that a little after 1pm, they called me from the NCDC.

They reminded me that they came for my specimen.

I said yes. They asked me where I was (NCDC wouldn’t even have known that I came to his hospital if I had not called them) and I said I was at Brian Specialist Hospital.

I told that I was admitted there yesterday overnight. They said that my result was out and that it was positive.

They said they would come and pick me to the isolation centre.

I told them that I didn’t want to cause commotion in this hospital.

I told them that if they came with their proper gear, Personal Protective Equipment, and ambulance and so on, they would create a scene and drive away some of their customers.

I didn’t want to do that.

They said, ‘okay can you go back to your house so we will come and pick you up from there?’

I told them that knowing people in Kano, they would want to see what is happening there once they see their ambulance.

That there would be too many people there for them to control.

I then suggested that my driver would take me straight to the isolation centre so that when I come to the centre, they could take me from there.

So, you see NCDC didn’t go to my house or the hospital to evacuate me.

Before I left his hospital, I phoned the doctor several times.

He refused to pick my call.

That was on Saturday, April 11. I called him.

Then I sent him a text message. It is still in my telephone.

I am not joining issues with anybody. I am a Muslim.

I believe in destiny.