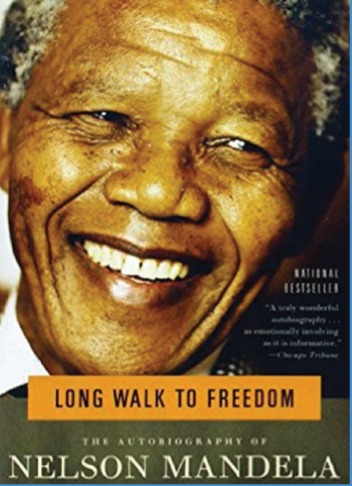 This edition we bring you 13 amazing stories told firsthand by their owners.

It’s a roll call of greatness as achieved by different men in various fields.

This is a collection of exciting autobiographies we all should read.

Anthony Bourdain has something of a dream life today, traveling the world to explore tastes and cultures in a way very few will ever get the chance to do. But before he was a jet setter, he was a chef. In “Kitchen Confidential,” readers get a window into the wild world of his restaurant days, including sex, drugs, and culinary expertise.

Born Standing Up: A Comic’s Life

One of the first funnymen I was introduced to as a child, Steve Martin is a legendary performer of stage, screen, magic, and banjo. His memoir recounts stories of his childhood, including starting his career at Disneyland and the discipline and sacrifice it took to perform as much as he did. This one is a personal favorite, and a must-read for any aspiring performer.

One of the greatest writers to have ever lived, Hemingway’s “A Moveable Feast” gives readers a glimpse of his life as a young, poor writer in Paris in the 1920s, and the thoughts and activities that filled his days. The book captures intimates scenes from cafes, bars, and apartments, and features cameos and conversations with James Joyce, F. Scott and Zelda Fitzgerald, Ezra Pound, and more.

The Autobiography of Malcolm X as told by Alex Haley

Named one of the ten most important nonfiction books of the twentieth century by TIME magazine, “Malcolm X” tells readers firsthand the story of one of the most important activists, speakers, and fighters in the struggle for change in America.

A Life in Parts

Before he was Heisenberg, Bryan Cranston was a lot of things, playing roles including paperboy, farmhand, security guard, dating consultant, murder suspect, dock loader, lover, husband, and father over the course of his prolific acting career. In his memoir, he provides readers with stories of his youth, his journey as an actor, and landing the role that would change his career forever, Walter White.

Pour Your Heart Into It: How Starbucks Built a Company One Cup at a Time

Before it was the International Coffee Making Machine that it is today, Starbucks was a single store on the Seattle waterfront that just made good coffee. In “Pour Your Heart Into It,” CEO Howard Schultz goes through the guiding philosophies and principles that have helped shape his business, and the wisdom he’s gained over the years while growing that single store into over 1,600 when the book was published back in 1999. Today, there are 21,000 Starbucks stores worldwide.

On Writing: A Memoir of the Craft

Stephen King is one of the most gifted and prolific writers in American history, creating so many works of such high-quality that it can be tough to imagine how he does it. Here, he details the habits and convictions that have helped him create the horrifying works he’s crafted for the world — essential reading for any aspiring writer.

Losing My Virginity: How I Survived, Had Fun, and Made a Fortune Doing Business My Way

Richard Branson is one of the most successful entrepreneurs of his generation, with ventures in music, airlines, retail, and even soda. It happened thanks in part to his stated philosophy of “Oh, screw it, let’s do it” and a few of his other personal rules for success. For anyone out there who wants to start their own business, Branson’s book could serve you well.

Released this past September, “Born to Run” has already been praised by critics all over. Starting with the story of when he and the E Street Band played the Super Bowl Halftime show in 2009 and weaving back in and out of his personal and musical history, this book is a great resource for any die hard fans of The Boss.

The story of The Man in Black as he chooses to tell it. From childhood to stardom, the path for Johnny Case was never smooth, and that journey helped make his music as iconic as it is today. With stories of addiction, Elvis, and a love of his wife, this book allows readers a more detailed look at the history that inspired his work.

It’s hard to imagine a person on the planet who has lived a more interesting life than Keith Richards. A founding member of the Rolling Stones, Richards defined for many what it meant to be a rock star, and here he tells his audience about his life of drugs, music, love, and more drugs.

The book that inspired the recent film about the man who inspired so many. Nelson Mandela was one of the most influential moral and political leaders the world has seen. In “Long Walk to Freedom,” Mandela recounts the struggles that made up his life, and his journey from prison to triumph.

You’ll probably recognize Russell Brand as the musical sexpot Aldous Snow from “Forgetting Sarah Marshall,” but before breaking big, Brand was living quite a life. In his book, the comic is strikingly candid about his relationship with heroin, and his ability to freely form words into captivating sentences translates extremely well from the microphone to the page.