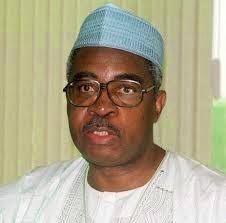 Raw deal for the old hunter

According to a saying, feud by siblings in their latter years often turn out the most intractable. As it is with those bound by blood, so it will seem with old comrades bound by arms. At least, this is the conclusion we can draw from the recent bitter experience of an old hunter now caught on the wrong side of the political currents in the kingdom.

Before now, this grandee of the hunters was famed for being a wheeler-dealer who had made and unmade many a king in the past. He is one of the few surviving warriors who shot their way to political power early the kingdom’s life and were smart enough to have leveraged their political contacts to corner money-spinning concessions to themselves. So much that, by the time they were shedding the hunter’s uniform at a relatively youthful age few years afterwards, what lay ahead of them was the easy life of entitlement.

So fabulously rich did our friend become that he is often hailed as a moving vault, dispensing cash freely to anyone or any cause that catches his fancy.

Still can’t recognise him? More clues: he answers a popular biblical name and is reputed to have led the hunter team that unhorsed the first-ever hunter emperor of the kingdom in Oluyole city donkey years ago.

But the unthinkable happened to our friend recently.

As is now well known, things have been less than cozy between the present lord of the Rocky Villa and the “old boys’ network” of which our now embattled hunter grandee is frontline member. As a matter of fact, the “old boys” have individually asked the lanky lord to consider vacating the throne and not consider extending his reign. Rather, they even suggested he retires to his pastoral farm in case he could not immediately think of any activity to engage himself since he, unlike them, lacks the sophistication to play elite golf.

Of course, the Oga Patapata has since called the bluff of the “old boys’ network” by insisting that he was not in a hurry to relinquish the lollipop of power he currently licks.

Those who know Oga Patapata very well often caution the unwary not to be taken in by his quietness; that he is a real “slow poison” with the patience of the vulture until the prey is within range of attack. With what we are hearing about what happened to the hunter grandee recently, we are tempted to believe this absolutely.

By now, you must have heard how the bouquet of sweetheart concessions members of the “old boys network” have been enjoying quietly from time immemorial has been revoked quietly by Oga Patapata who now insists that the kingdom’s treasure trough is not the exclusive preserve of some fat cats. Of course, our old friend was affected as one of his “jeun-jeun” (chop chop) schemes at the kingdom’s water border in the Centre of Excellence was affected.

As if that was not enough, we heard that hunter grandee received the rudest shock of his life recently on his way out to Oyinbo country. Part of the unofficial privileges folks like him had always enjoyed was exemption from being searched at the exit point. But on this day, as the old hunter sauntered majestically towards the counter, he was excused by a junior official and frisked thoroughly like other ordinary members of the public.

While the frisking lasted, the old hunter, we learnt, bore his “ordeal” with accustomed stiff upper lip, and moved on quietly thereafter.

Once upon a revolutionary…

Middle-age is not an unusual time to take stock of life’s journey in order to understand the past, come to terms with the present and brace for the future.

At 60, such stock-taking would surely appear too urgent, if not belated already. So when family, friends and professional colleagues gathered at the iconic Nigerian Institute of International Affairs, Lagos recently to toast Kunle Ajibade, the new entrant to the sexagenarian club, it was understandably testimonies and tribute galore. And for good reason: K.A. is easily acknowledged as one of the icons of modern-day journalism practice in Nigeria.

With the roll-call led by Nobel laureate, Professor Wole Soyinka, the consensus was that sacrifice and dedication of the likes of Ajibade have in no small measure helped to extend the frontiers of free speech in Nigeria, right from the 80s when the nation was under the jackboot of military rule to post-1999 when democracy was restored. Of course, Ajibade was “Jailed For Life” by the Abacha junta over the phantom coup of 1995.

Just as there were praises, so were lamentations at the occasion as well. The latter consisted of reminiscences by those who felt that the state of the nation today does not provide enough consolation for the pains and trauma heroes and heroines – both dead and living – went through for the sake of Nigeria.

The most touching was perhaps the account by Barrister Layi Babatunde, one of the “quiet” promoters of TheNews magazine of which Ajibade has devoted his professional energy in the past 25 years. When he took the microphone to speak that day, Babatunde lamented that he belonged to the group of new pessimists who now question whether Nigeria is worth dying for.

The dark-skinned solicitor backed his assertion with his own personal experience. As a young graduate, he recalled, he was full of hope. That optimism would push him into thinking that by personal advocacy he could curb – if not end – the age-old practice of policemen demanding and receiving “parti-kola” (bribe) from taxi drivers or motorists on the highway.

So, one day, idealist Babatunde resumed his advocacy while boarding a bus at the motor park. For impact, he usually preferred to sit in front row beside the driver.

He continued, “That day, I sat beside the driver in front as we took off from the motor park. Of course, whenever we got the checking-point in the past, I observed that the policemen would stylish insist that the driver disembark and in the process, the money would exchange hands.

“So, this time around, I determined to go the extra mile to fight bribery and corruption. As soon as the driver got down following the policeman’s order, I also got down.  Of course, as a young lawyer, I knew my right and knew how to talk to the policemen such that they would be afraid to collect the bribe so brazenly in the open.

“To my surprise that day, as I made to turn around to trail the driver, the driver had quickly stylishly dropped the money on the ground and quickly boarded the bus and sped off, leaving me behind.

“Of course, co-passengers in the bus knew my mission for getting down from the bus was to ensure that bribery and corruption did not take place. So, it came to me as a shock that none of my co-passengers could tell the driver to reverse and pick me after being left behind. I became really depressed that day.

“And to imagine that having paid my fare at the park before take-off, I had very little cash left on me. And guess what – it was the same policemen whose bribe I tried to stop that later took pity on me by waving down another vehicle on the highway and paying the driver to carry me to my destination.”

What a country indeed!