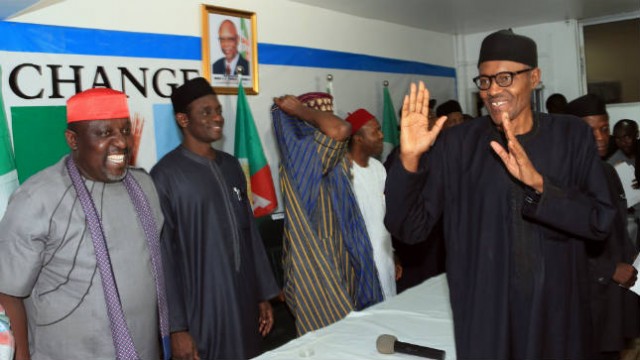 A Yoruba adage translates roughly as follows: let us for once feign death so that we may know our true friends – those who will cry or rejoice at the news of our passing.

The above saying is quite true of the “Oga at the top” today. From the initial whispers, talks concerning the true state of his health have more or less turned a cacophony today, with no one able to say for sure for how long he will be in limbo.

Given this air of uncertainty, opportunists are already digging in. What came as a surprise is that topping the list are those ordinarily considered Oga’s own “loyalists”. They include two gominas from the section of the country where Oga hails from. They seemed to be tempted by the precedent laid some years back when the fedora-loving son of a canoe-maker picked a gomina as his 2-i-C after taking over from the meek one who succumbed to the icy hands of the grim reaper barely two years into his tenure.

Imagining that Oga would be unable to return to his desk based, possibly, on the advice of his care-giver, these political vultures already see a void.

In the circumstance, they reckon that his present “second calabash” (the prayer warrior himself) would naturally step into his shoes. So, these guys are now eyeing the “spare tyre” role. Since they practise the same faith as Oga Patapata, they believe they are more than qualified for the plum office already, as a counter-foil to the prayer warrior’s own faith.