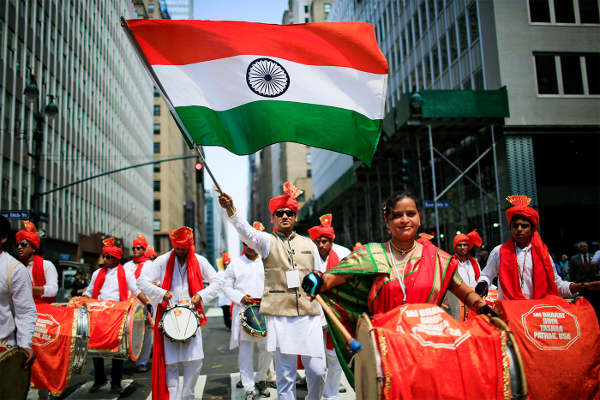 What I planned to do in the next six editions is to discuss in details how the big four (Israel, India, Ireland and China) have used their diaspora to develop their host country and their country of birth. The new shift in transference of knowledge and wealth in the last decade has all been achieved by the Diaspora. I will start with the India Diaspora.

According to the Ministry of Overseas Indian Affairs, India has the second largest diaspora in the world, estimated at over 25 million. Roughly over 1.5million overseas Indians live in the UK and around 3.2 million in the US. The current prime minister of India, Narenda Modi, has been trying to reach out to the Indian diaspora and wants to use it as an instrument to link India with other countries.

Within Britain, People of Indian origins (POI) constitute the single largest ethnic minority. From humble origins in the industrial and retail sectors, the Indian community has risen to become one of the highest earning and best educated groups in the UK. Indians have achieved eminence in business, information technology, health sector, the media and entertainment industries. There are several eminent British industrialists of Indian origin, including Lakshimi Mittal, the Hinduja brothers. The Indian community in Britain has made its presence felt in the political arena as well. It has four elected members of parliament and 11 members in the House of Lords.

A number of persons from the Indian community occupy important positions in the main stream British media, including the BBC, the Daily Telegraph, the Financial Times, etc. Today, the Indian community in the UK occupies a unique position, enriching British culture, society and politics and contributing to making the UK a genuinely multicultural society. Indians are considered a disciplined and noble community with the lowest crime rates among all emigrant groups.

The success of the people of Indian origins in the political and economic fields in the UK, their high commendable levels of educational attainment, and their distinct profile as compared to other less successful and less industrious ethnic communities have guaranteed that old stereotypes about India have faded to be replaced by a new image of India as a dynamic nation. The POIs have very strong affinity and links with India, and community leaders have displayed considerable interest in promoting bilateral relations and investment and supporting philanthropic projects in India.

The place of India is very important in the aftermath of the Brexit vote in the UK in June 2015. This can be gleaned from the first visit of the new Prime Minister of Britain, Theresa May, to India in November, mostly centring on how the trade between India and Britain could be improved now that Britain is out of the European Union. The Indian government actually laid on the table visa-free status for Indians as one of the conditions for free trade between both countries. A case of India setting conditions for her colonial master.

According to the report that was submitted to the Indian government as far back as December 2001, the report recommended some of the following, and most of their recommendations have been implemented by the government. Let me list some of their policies that have helped the growth of India and her diaspora.

The scheme was launched in 1999 for all POIs up to the fourth generation. It introduced a visa-free regime for 20 years at a $1000 fee and conferred on the holder several economic, educational, financial and cultural benefits at par with those living in India.

Since he was elected, the prime minister of India, Narenda Modi, has been reaching out to the Indian Diaspora and wants to use it as an instrument to link India with other countries. He is doing so by using social media and he has become the first Indian prime minister to use social media in the way President Obama did during his election campaigns. Prime Minister Modi even has his own mobile app to keep in touch with the India Diaspora.