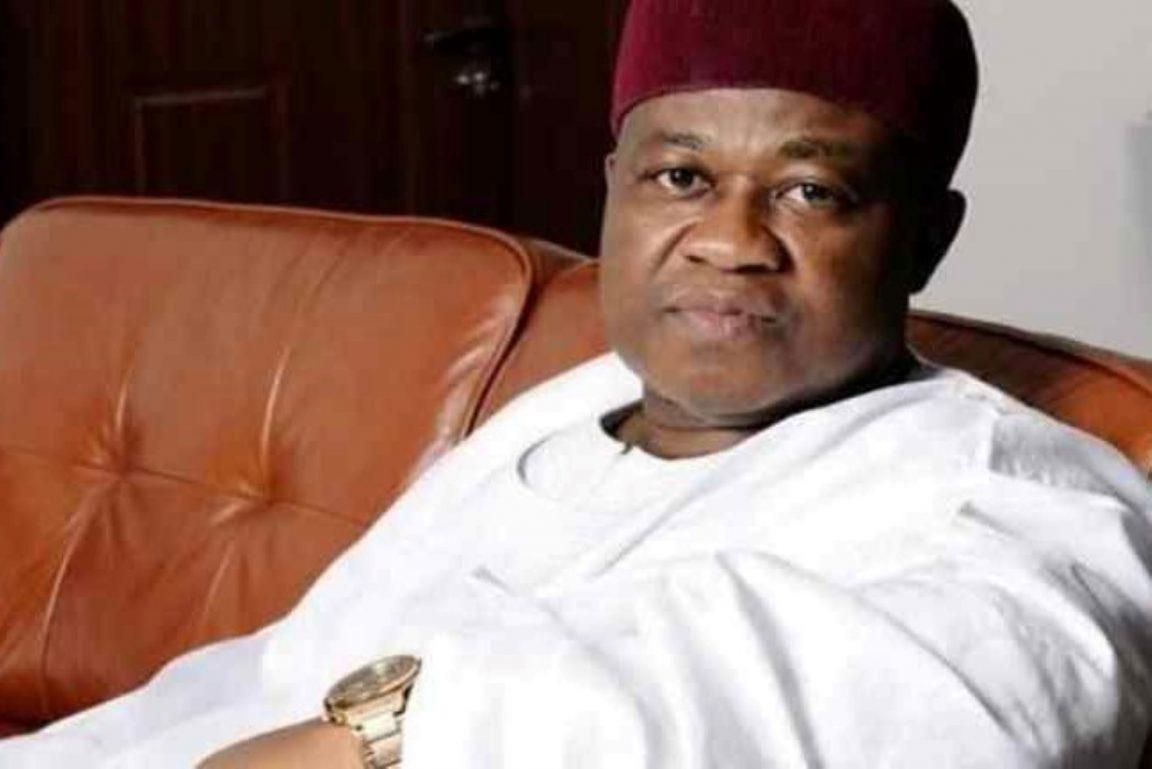 Our lives had been turned upside down by the resurgence of the second wave of COVID-19.

Like most people, my sleeping pattern was no longer regular; which is to say, out of fear and boredom, I was now learning to sleep before midnight, and waking up without any idea of what to expect.

On that Friday, I had drifted off to sleep when my son rushed into my room with a phone.

I grumbled that except if the world was about to end, there was no problem that could not wait till daybreak.

“I think you should see this, Dad. Sam Nda-Isaiah is dead”.

It must have been at about one in the morning.

I jumped out of bed and grabbed my phone, that little pestilence of the modern age from which we try, without much success, to save ourselves. As I grabbed the phone a thousand thoughts flashed through my mind.

Then I saw that the phone had registered 24 missed calls in about two hours.

All of them were familiar numbers, mostly from LEADERSHIP.

One was from my friend and outstanding journalist, Louis Odion, who called to say that he had just picked up the news and that Aremo Segun Osoba had called to confirm.

I told him I wasn’t sure but promised to call back.

Then the flood of “maybes” suddenly froze into a solid block of fear and panic.

I didn’t know what to think or whose call to return first.

I didn’t want to believe that I was awake.

Maybe it was a bad dream after all?

Instead of dialing, I collected my son’s phone and read the breaking story from an obscure, unfamiliar website.

The details were still sketchy but there was a ring of credibility to it.

Sam’s name was correctly spelt, and his association with the media and references to his involvement in politics were also correctly cited.

I lingered on in denial, but somehow summoned the courage to dial back one of the earlier callers who confirmed my worst fears.

Then I called the second, the third and the fourth previous callers.

All confirmed the news.

Then, the questions started colliding in my head at dizzying speed. How did it happen? When? Where? What? How can it be true?

Of all the questions, I couldn’t easily get past the how question for many, many reasons.

Forty-eight hours before the news broke, Sam Nda-Isaiah had sent me a text – which he did almost daily – to ask my opinion about a set of captions for Ghana Must Go, the popular newspaper back page cartoon strip in LEADERSHIP, which was, quite often, the surrogate vendor of some of Sam’s irreverent ideas! And boy, they were witty, presumptuous, quick-tempered, vivacious, mischievous and funny, just like Sam.

He showed no other signs of distress and gave no hint of being unwell, although he had gained a little more weight the last time I saw him and was complaining of gout and allergies

I had, of course, replied with my own suggestions and was waiting for either feedback or any other ideas he might come back with before that Friday night.

I had not the slightest idea that anything was wrong with him.

About one week earlier, before I left Abuja for Lagos, he called to ask if I would be available for a meeting to inaugurate the Advisory Board of NATIONAL ECONOMY, a daily business and economic newspaper that he was determined to launch in defiance of the adverse economic conditions in the country, worsened by the global health crisis.

The only thing too big, or impossible, for Sam to do was what he did not think about.

For him, to think it, is to do it. And to do it, is now. This was obviously another dangerous idea that he was determined to see through.

I told him I would not be in Abuja, that I was done for the year and Lagos was missing me.

He replied that my problem was that I overestimated Lagos.

He railed about the traffic jam that had messed up his visit.

He was in Lagos for the Annual General Meeting of the Newspapers Proprietors Association of Nigeria (NPAN), among other business pursuits, but commuting from one part of the city to the other had become almost impossible.

The traffic jam was horrendous, the sort of chaos for which true Lagosians love and hate the city with equal passion.

Sam said he had spent more time in traffic than at all of his scheduled appointments combined, leaving him drained, feverish and irritable.

He couldn’t understand my rush into this madness. But he knew he couldn’t save me either.

As it turned out, that would be his last visit to Lagos.

I understood his exasperation, but I could never have guessed that it was more than that – the traffic misery of disdainful Lagos visitors.

He showed no other signs of distress and gave no hint of being unwell, although he had gained a little more weight the last time I saw him and was complaining of gout and allergies.

On November 2, 2020, Sam Nda-Isaiah hosted the annual editors selection panel of LEADERSHIP to choose the Persons of the Year.

He was at his boisterous best, shifting gears between directing and moderating the meeting, to debating suggestions by others while at the same time, pitching his own candidates whom he had penciled in red in his jotter which he looked at from time to time.

Sam debated ideas with the feistiness of a professional boxer, never shy to give as much as he was prepared to take in defence of his position.

But that award selection meeting in November was only one of our recent combats.

We had a particularly testy one the month before, in the wake of the #ENDSARS riots and the statement of the Minister of Information and Culture, Lai Mohammed, demanding a retraction from CNN for its coverage of the riots and threatening to penalise the station.

I criticised the minister very harshly – and deservedly too – I thought, tracking back to some of his own harsh criticism of the incompetent, knee-jerk reactions of the President GoodluckJonathan’s government when he was in the opposition.

Of course, I had left LEADERSHIP at this time, but I always shared an advance copy of my column with Sam before it was published on the back page of LEADERSHIP, among other syndicated platforms.

That Friday night, one year ago, as I sat on the edge of my bed, distraught at the news I just heard, it dawned on me just how much the world can change in the twinkle of an eye

Shortly after he got it, he called.

“Azu”, he said, “you know I hardly interfere with what people write in their columns, because it’s their opinion. But you’re not just another columnist…”

And then he went on to say how he thought the protesters had lost their way and how he believed, very strongly, that Mohammed was right to call out CNN for its tendentious reporting done by rookies and hatchet anchors.

I disagreed with him insisting that multiple sources indicated that there was more deadly official complicity in what happened at the Lekki Toll Gate than the government was willing to admit.

Threatening CNN was not the answer.

Neither of us yielded ground and even though it was well within his rights as Publisher not to publish, he ended the encounter by assuring me that the article would run as written, no holds barred.

There were many such testy moments in the nearly two decades that I was acquainted with him out of which I knew him closely and worked with him for five years.

Yet not once did a disagreement or feisty debate end in a malicious outrage.

It just wasn’t Sam; he was incapable of malice or bitterness.

He hollered “very stupid” or “very useless” over a dozen times a day in conversations with this or that errant person, but hardly ever brought himself to cut them loose.

He loved and adored his family, cherished his friends, was gracious to strangers and sacrificial towards all.

Sam was a loyal friend.

He endured private grief for a few he called “my sons-of-a-bitch” – those who could do no wrong in his eyes, especially a few of his friends in government with whom he had come a long, long way.

He lived his Christian faith in dignified restraint, but wore his patriotism on his sleeve.

He could not hide his jealousy for good governance.

That was why he did not see eye-to-eye with the PDP government under President Jonathan.

He spent acres of his newspaper columns calling the government out, attacking corruption in its rank-and-file and criticising its incompetence, especially at the height of the insecurity that brought the country to its knees.

A memorable line in Sam’s Big Ideas presidential campaign speech was that anyone of the five APC candidates who became president – Muhammadu Buhari, Atiku Abubakar, Rabiu Kwankwaso, Rochas Okorocha or himself – “would be infinitely better than the one we have now.” That one, of course, was Jonathan. And the year was 2014.

But this was Friday, December 11, 2020, slipping into the dawn of another day.

Femi Fani-Kayode had not yet seen the light; he had not yet been led by a divine hand back to the APC which, today, is looking far less eligible than the party Sam was excoriating at his presidential campaign speech.

Sam would need a bigger tent for his “sons-of-a-bitch.” They have multiplied in one year.

I did not expect to be back here in LEADERSHIP, in my day job.

One week before Sam asked if I could wait for him to return to Abuja, I had other plans for the New Year.

And then all of that changed.

Sometimes, I stand here, outside the office, looking at where he used to park his car, and wondering if he’s coming late today or not.

But I see his wife, Zainab, his best friend, fortuitous successor and the legacy matriarch made of steel.

I wait for the text messages about Ghana-Must-Go, and they don’t arrive.

And I listen for the resonant, heartfelt laughter and passionate debates, but nothing happens.

That Friday night, one year ago, as I sat on the edge of my bed, distraught at the news I just heard, it dawned on me just how much the world can change in the twinkle of an eye.