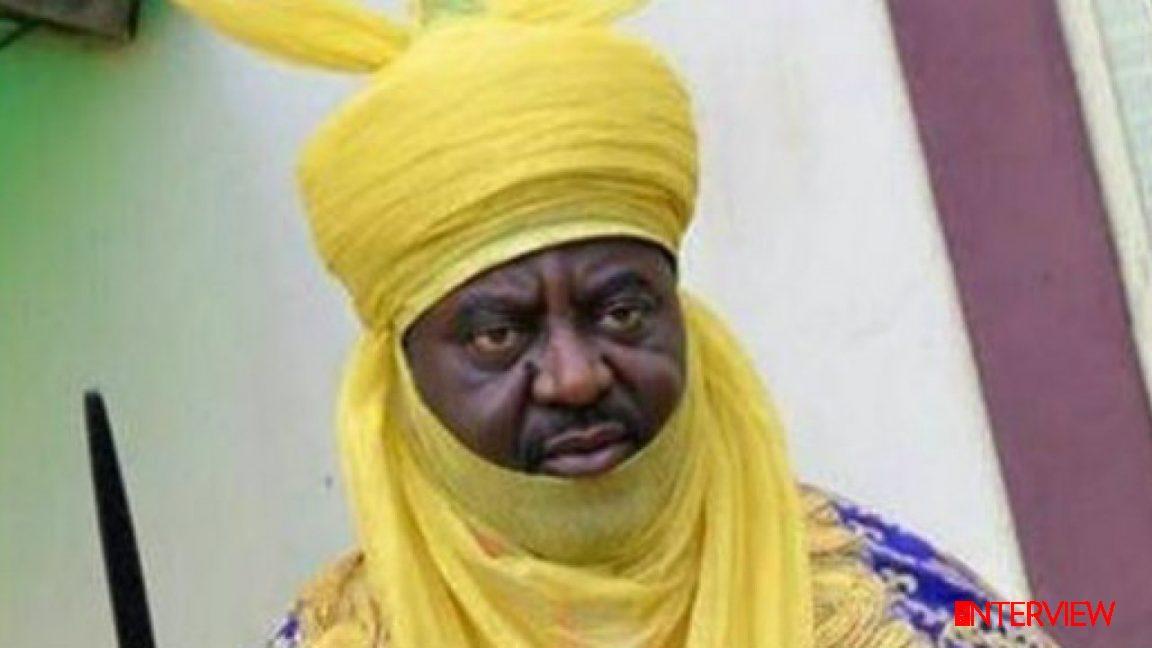 Once upon a time, in Nigeria, village heads, district heads and emirs called the shots when it came to power and politics.

They had under their control, the police, judiciary and even the upper house parliament, known in the 50’s and 60’s as the House of Chiefs.

And all through Northern Nigeria, the emirs were the only known religious authority.

In a way, it was the making of the colonial government and the policy of indirect rule in Northern Nigeria.

But the dominance, strength and even structures of the emirate councils go further back to their founding by Usman Dan Fodio.

In so many ways, Ahmadu Bello, the Sardauna of Sokoto was the embodiment of the prestige and power that the traditional institution represented in post-colonial Nigeria.

No government could be formed without his consent.

It wasn’t until he gave the go ahead that Nigeria became an independent nation.

Yet, he didn’t want to be Prime Minister or rule Nigeria in any capacity.

There was something unique about the Sardauna.

He was master of balancing the competing interest and sometimes, conflicting interests of the colonial British government, that of the traditional ruling class of the north and the people.

And as much as the shadow Ahmadu Bello loomed large over politics of the north and of Nigeria, there was nothing he wanted more than to be the Sultan of Sokoto.

In that regard, he fell short of his own personal and political ambitions.

And if a Sanusi does become emir in the years to come, judging by the impact the last two have had, the next could bring as much trouble and maybe lead to the end of the entire emirate council

The reality he could not escape however was that as Premier of the Northern Region, he was an elected official and based on the constitution of the country represented the real authority.

Still, he presided over the first stages of the subjugation of emirate councils by elected political leaders.

Nothing best represents that than the dethronement of Muhammad Sanusi I as the Emir of Kano in 1963.

In a January 27, 2020 article, “The Last Time Democracy Almost Died,” published in The New Yorker, Jill Lepore made an argument on why American democracy will survive present challenges and the presidency of Donald Trump.

Lepore, a professor of history explained how the country had been through the difficulties before and how the present seemed a lot like the past.

Humanising history, this was how she put it: “There’s a kind of likeness you see in family photographs, generation after generation. The same ears, the same funny nose. Sometimes now looks a lot like then. Still, it can be hard to tell whether the likeness is more than skin deep.”

Even though she was describing the threat to American democracy in the 1930’s and the threat today, she could very easily have been talking about the reign of Muhammad Sanusi I in the 1950’s and that of his grandson.

The moment Sanusi Lamido Sanusi became Emir of Kano and took up the name Muhammad Sanusi II, virtually every public commentator was suggesting he could suffer the same fate as his grandfather who was deposed, simply because of the resemblance between them.

For certain, the resemblance in this case wasn’t physical, it was character and understanding of the times and world around them.

The way Junaid Mohammed, a former member of the House of Representatives in the Second Republic and frequent critic of the emirate council explains it, both Sanusi I and Sanusi II had no respect for constituted authority.

Juanid Mohammed has even ‘gone’ as far as saying no member of the Sanusi lineage will be emir again.

The truth is that you can never to say what the future holds.

But he is right about one thing: it didn’t turn out well for the last Sanusis who were emirs.

And if a Sanusi does become emir in the years to come, judging by the impact the last two have had, the next could bring as much trouble and maybe lead to the end of the entire emirate council.

The next time around, creating more councils may not be enough.

He has never denied it, nor did he try to hide it; Sanusi in 2019 did everything within his powers to see that Governor Abdullahi Ganduje was voted out of office as the chief executive in Kano

But there is a difference in the times each reigned as emir, specifically the system of government in Nigeria and the role of the emirate council within that system.

Muhammad Sanusi I became emir during a period at which Nigeria was in transition from colonial rule to an independent nation.

And because of the policy of indirect rule, it was a transition period that would see elected politicians dilute the influence and powers of emirs.

Still, he proved to be a difficult emir to manage by both British administrators and the ruling party in Northern Nigeria leading to his eventual dethronement.

Muhammad Sanusi 11 on the other hand, became emir some 50 years later, a time when the transition between emirs as the governing authorities to elected officials had been all but complete, with some even questioning the significance of holding on the emirate council now widely known as traditional institutions.

Even at that, Sanusi II has spoken in terms that suggest he was out to restore the legacy and rightful place of his grandfather.

And in a misunderstanding of the changed times, he has tried to exercise the influence and power his grandfather once wielded.

He has never denied it, nor did he try to hide it; Sanusi in 2019 did everything within his powers to see that Governor Abdullahi Ganduje was voted out of office as the chief executive in Kano.

There can be no greater disrespect for constituted authority than that.

The message being sent was that the elected governor was accountable to him.

Never mind that the governor was the one constitutionally empowered to remove a sitting emir.

That fact seems to have been lost in translation.

Yet, that is exactly what has happened.

Sanusi has been made to pay a political price for his political adventurism.

The response of most people has been emotional.

Unfortunately, politics has no tolerance for emotions.

And once again, a Bayero placed in the unenvious position of managing the aftermath.

The more than 50 years that Ado Bayero spent as emir were probably the most trying times for traditional institutions.

From being one of the most powerful political figures in Kano when he ascended to the throne in 1963 to becoming an employee of the local government when he passed away, Ado Bayero managed that transition without losing the prestige of the palace and respect in the hearts of people.

If the resemblance between Emir Aminu Bayero and his late father was indeed skin deep, then the new emir, in the years ahead, is likely to whether the storm of politics, and the expected and frequent changes in the governing party in Kano with patience

In part, it was because of his willingness to recognise and accept the changing times.

He had his differences with elected authorities, particularly when Abubakar Rimi was the Kano State governor in the second republic.

But by 1999, after successive military regimes and the removal of a sultan and a number of emirs across the north, it was clear who was in charge and who held the real power.

According to the constitution, it was the governors.

That patience and deep understanding Ado Bayero showed during his 50-year reign were exactly the sentiments expressed by the new Emir of Kano, Aminu Ado Bayero last year when the emirate council was first split into five.

This is what he had to say: “A lot has happened over time. We have had creations, recreation and several reformations and this is not peculiar to Kano and even Nigeria as country. I can say that it is this process of evolution that brought about the formation of the four new emirate councils by the government.

As a proud member of the royal family, it was never my intention to see the Kano emirate council divided into sub-emirates. It was never my wish. But we have to take so many things into consideration especially the fact that time changes a lot of things.”

If the resemblance between Emir Aminu Bayero and his late father is indeed skin deep, then the new emir, in the years ahead, was likely to whether the storm of politics, and the expected and frequent changes in the governing party in Kano with patience.

And if age is on his side, he will reign for as long as his father did.