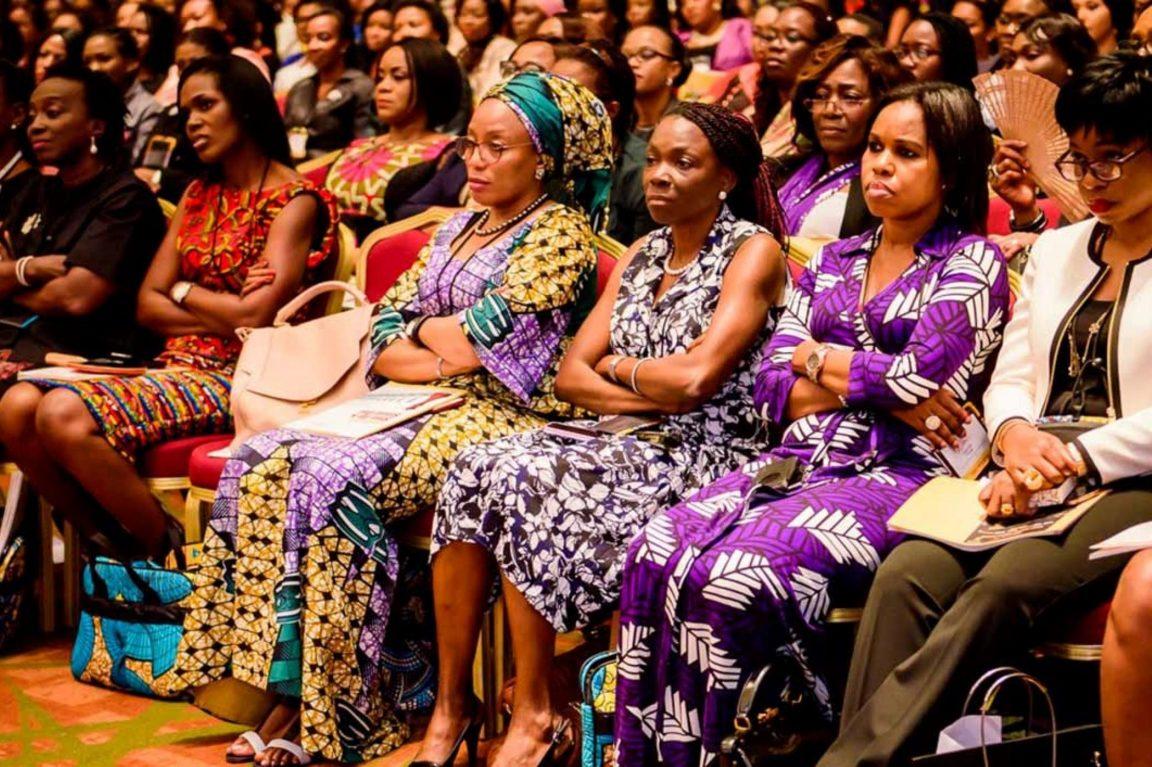 We have all had conversations which make us look at things differently.

I recently had one with a course mate from my French language class.

It started off as small talk with the exchange of questions about our respective countries.

Then, ended up with me being asked about my experience with gender discrimination in Nigeria or Belgium, where I currently reside.

I contemplated whether to use my coffee break to educate the lady or tune-off and check my phone messages.

I considered tuning-off because I was not sure if she was simply bored and looking for someone “to put in the barber’s chair”.

You know, just chat to while away the time the way many barbers or hair stylists are prone to do.

My course mate did not talk about anything I had not heard of before.

She is Belgian and has lived in Belgium for most of her life.

She was certain that the discrimination women faced in her country were in the workplace and the sports world.

In answering her question, I told her I had not faced any form of gender discrimination in Belgium since I am generally uninterested in sports except for when I watch the Olympic games every four years (except year 2020).

I am also currently unemployed.

It was a short coffee break but the discussion got me thinking. How lucky for her and Belgian women that they only had to contend with discrimination in the workplace as I thought about the forms of discrimination Nigerian women go through.

Sometimes, the experiences are subtle but mostly not in my view.

The next thought was if women like me have not experienced forced marriage, lack of access to education and so on, then how loud should our voices be raised when the gender discrimination topic comes up?

Can we therefore speak on behalf of all Nigerian women?

While I have no statistics to refer to, I believe it can be assumed that the burden of the housework lies with the woman

As such, was my course mate in a position to speak for all Belgian women?

Have we not oversimplified the issue by relating it to our own personal experiences?

I have come up with a list for which I wish someone should have prepared me for when I was young.

You could call it a note to my younger self.

From an early age, most girls will realise that a male child is valued than a female one in the eyes of our people.

There is usually more excitement at the birth of a boy.

Even someone without a child would suggest to a woman with all female children to try for more children. As a mother of three girls, I know!

This is not likely to be suggested to a woman with all male children.

My response to the suggestion is to ask about what life changing act a male child will perform that a female cannot perform.

I also ask if Ngozi Okonjo-Iweala has not excelled as much as her male counterparts.

There will also be some subtle experiences, for example in a secondary school.

Passing on the subtle message to the young girls that the boys are in charge.

Clearly, the house chores and care of younger siblings will be part of the responsibility of many young girls as it still is in several parts of the world.

The Nigerian boy is raised to see house chores as a feminine task.

It is the woman’s duty whether she is a housewife or full-time working woman.

While I have no statistics to refer to, I believe it can be assumed that the burden of the housework lies with the woman.

The young girl is told that she must learn these tasks for her future role as a wife and not for when she has her own home (married or not).

It may not matter that the young girl detests the chores, she must perform them while her male siblings are excluded from these tasks.

The answer to any question about why boys are not asked to perform similar tasks, would be that boys grow up to be providers.

I hope that it will become obvious to society that there are married working women who bear the responsibility of house chores, married to men who constitute themselves into a nuisance because they are unable to share in the domestic or financial responsibilities.

Afterall, the times when men were the principal providers have changed.

Then God forbids that any young woman should not be aspire to be married.

In fact, this could be looked at as the most important achievement of her life.

It is expected that as soon as she has completed her university education, there should be a future husband waiting in the wings.

Parents, relatives, religious leaders and even colleagues will all put on the pressure.

Endless prayer sessions and vigils will take place to find a husband if none is forthcoming.

For many single women, success in their careers is merely part achievement. They will be full achievers if they are married. Marriage is the ultimate achievement and a badge of honour.

Married women tend to get more respect and singles are often pitied or despised.

It however does not end with marriage as beliefs, custom and tradition pile on expectations.

Who is not familiar with all those forwarded WhatsApp messages that list out paragraphs of “the good wife’s” responsibilities?

That long list of things she must do to keep a good marriage, happy home et!. It all rests on her shoulders.

In addition, she may also be expected to give up her identity, culture, religion and stifle who she is to please her husband and conform to her husband’s culture.

Talk about a case of having two identities! She is the one who must make most sacrifices because she should be grateful to be married.’

This happens even when the husband does not expect it of her. Sometimes, the woman’s family members may also be part of the problem.

Next, she should quickly have children.

If she is not pregnant within a couple of months of the marriage, then prayers and fasting must begin.

She is expected to want children immediately and not wait.

The possibility that she may not be ready or even want children is not considered.

She may be guided or misguided into having more children than she wants or can afford.

The pressure could come disguised as jokes about wanting to attend naming ceremonies, topping up the number of children, having another child because she must have both genders.

The young woman should however expect that most of the advisers will not give any financial assistance along the way should she require it.

Also, expect people to be insensitive.

They will not consider that sometimes couples have fertility issues and will constantly nag them about not having children. As if the population of Nigeria is not high enough!

In the workplace, after all the years of study and hard work, she may need to work harder than her male colleagues to ensure that she is respected for her brains and not just her appearance and suppress her femininity in order to be taken seriously.

She may also hear the expression “beauty and brains” which is supposed to be a compliment.

I ask myself: does it mean a good-looking woman is not expected to be smart?

Who expects a man who is not good looking to not be smart?

She may have to deal with unwanted attention, flirting and even physical advances from men.

She is expected to laugh about it and accept it.

This could happen to her whether she is single or married, though it is likely to be worse for the single woman since “she deserves less respect” because she is unmarried.

She is expected to smile away the harassment.

Even in so called respectable organizations that have policies against sexual harassment! Imagine what goes on in organisations that do not have these policies.

Many women have had to devise different coping mechanisms for handling sexual harassment.

All dependent on the individual, how powerful or influential the harasser is, her tolerance levels, her mood at the said time, her financial status and the organisational culture.

I am glad to say I harassed the harassers every time I witnessed it till many male colleagues decided it was wiser to do it behind my back.

Lastly, because she is female, in many cultures and families, even her portion to inheritance will not be equal to her male siblings.

It will be explained that in the past, the male was the provider and was expected to be the breadwinner to his immediate and extended family.

However, she should not expect society to catch up quickly with the idea that many men are no longer committed to this way of life.
The economic situation in our country has not helped either.

The struggle is real for the Nigerian girl/woman. Her socio-economic class and culture may offer some protection from some experiences.

However, there is no escape whether she is a university degree holder, or belongs to the lower class, middle class or upper.
There is no #MeToo movement for us.

It may be easy to say the experiences listed above are “insignificant” in comparison with the more horrendous ones I mentioned earlier.

Nonetheless, all forms of discrimination or bias against women should be eliminated when one considers the impact these things could have on the self-esteem and mental health of our women and girls.

Even those who have had these insignificant experiences must speak up and reject every form of discrimination.

This should be done at every opportunity because the experiences are interchangeable and what separates the significant from the insignificant is purely circumstance.

As the great Martin Luther King Jnr said, “Injustice anywhere is a threat to justice everywhere”.

Remawa is a lawyer and has worked in the development sector for over 15 years.