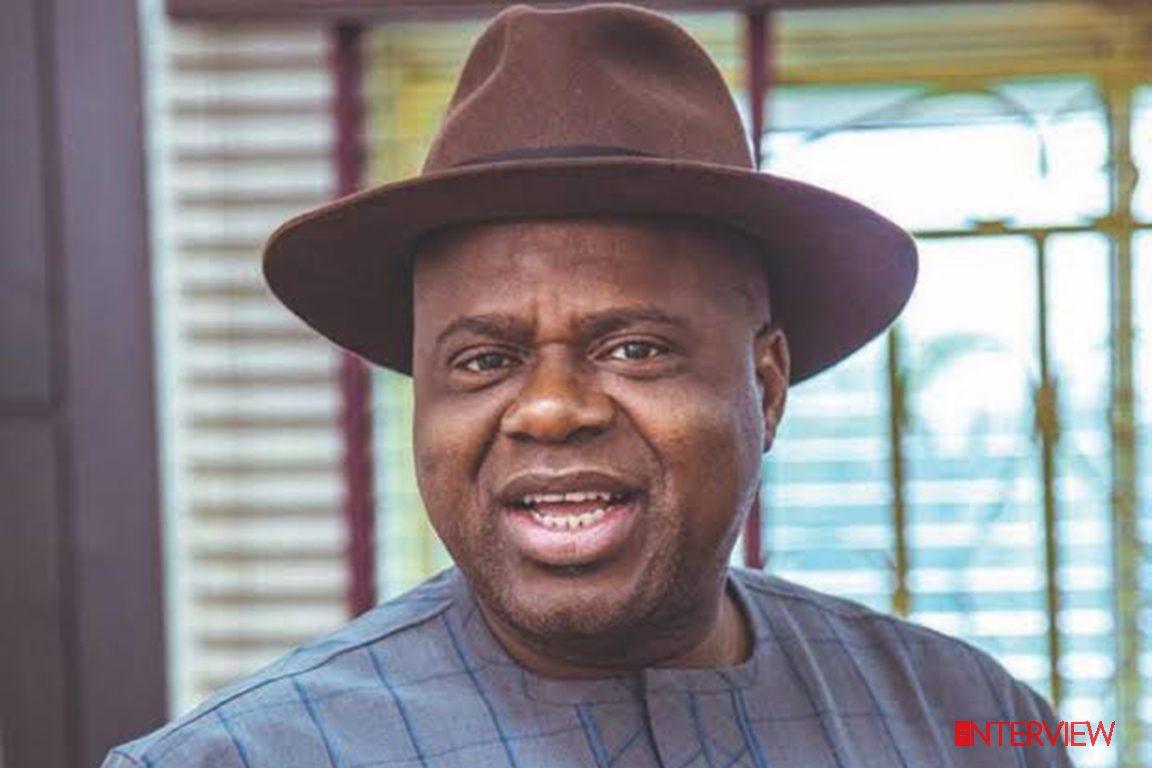 Niger Delta militants have come a long way since their early days in the creeks, kidnapping expatriates and bombing oil installations.

The road to their reintegration into society started with the amnesty programme initiated by the government of Umaru Yar’Adua.

To lay down their arms, they underwent training to become self-employed, were taken to educational institutions across the world and paid millions of naira in stipends.

But the real transformation came with the government of President Goodluck Jonathan.

The amnesty programme may have been the brainchild of Yar’Adua, but the size of the programme and the amount of resources channeled to it was all Jonathan.

Ex-militants didn’t only become instant billionaires, some wielded real power and had influence both within and outside of the government.

Tompolo is the epitome of that transformation and political influence. But the political rise of militants go back to the days Jonathan served as governor in Bayelsa.

Right from then, militants and Niger Delta agitators were a central part of Jonathan’s political agenda.

In that respect, an ex-militant who rises to political power can be seen as a creature of Jonathan’s making.

And before his presidency came to end in 2015, Tompolo would become a political godfather, promoting and seeing to it that his preferred candidate would emerge governor in Delta State.

On November 16, 2019, that transformation went a step further with the election of someone many describe as an ex-militant as governor of Bayelsa State.

For some reason, presidents never get along with the governors of their own states.

The amnesty programme may have been the brainchild of Yar’Adua, but the size of the programme and the amount of resources channeled to it was all Jonathan

So it was and is with Jonathan. He withdrew support from Governor Timipre Sylva and supported
instead to be governor of Bayelsa.

It didn’t take long for them to fall apart. And when Jonathan lost the 2015 presidential election, Dickson reportedly celebrated with champagne.

But that was just the beginning of the hostilities between them.

Dickson would basically marginalise the former president in the affairs of the PDP and governance in the state. In the search candidates to run during elections or appointments for political office, Jonathan was sidelined.

The situation was no different when Dickson named Douye Diri as his candidate of choice to replace him as governor.

David Lyon of the All Progressives Congress might have been backed by Timipre Sylva, a former Jonathan protege, but in reality Lyon as a one-time Niger Delta agitator had Jonathan to thank for his consideration for a political position.

He and many others were the making of Goodluck Jonathan and his policies.

It could only be expected that the first class of agitators would one day be successors to political power in the region.

On November 17, 2019; David Lyon was declared in spite of the fact that the sitting governor, Seriake Dickson was member of the ruling People’s Democratic Party and had a strong grip on the politics of the state.

There was another reason why the odds were supposedly stacked against a win by Lyon in the governorship contest.

Goodluck Jonathan who served as deputy governor and governor of Bayelsa, and then subsequently president of Nigeria was also a member of the PDP.

But then, in recent times, he had been treated as an outsider by the party in the state.

So, not a few people felt he privately gloated when the PDP candidate lost at the November election.

Publicly, he welcomed Lyon, the declared winner of the election to his home with open arms.

All the while, Jonathan said very little in response to widely reported information that he backed the APC, in the election as payback to Dickson.

Even Nyesom Wike, the governor in neighbouring Rivers State was treating Dickson like a loser, a politician who no longer carried weight.

Wike had a number of grievances with his Bayelsa counterpart but they remained largely buried until after Dickson’s preferred candidate lost the governorship election and all political influence in the Niger Delta.

For Wike, therefore, there would be no consequence for publicly attacking Dickson and that was exactly what he did.

And for the first time since the name of Diri emerged as a possible candidate to replace Dickson, Jonathan even admitted knowing the new governor and saying they had once worked together when Diri was a commissioner under him

The direct opposite was happening in the APC camp.

Plans were being made. Friends, family and associates, even those with remote connections to Lyon were anticipating the changes that were about to come to their lives.

They had all been waiting for three months for when Lyon would take his oath of office.

Psychologically, they may all never recover from what came next.

All of a sudden, barely 24 hours to the February 14, 2020 Inauguration Day, everything came crashing down.

In a pre-election matter, the Supreme Court annulled Lyon’s election over false declarations made by his running mate, Biobarakuma Degi-Eriemienyo in forms submitted to INEC.

Within the blink of an eye, their fortunes had changed, along with that of the PDP who were now looking like winners.

But so had the political standing of Seriake Dickson whose candidate, Diri is now governor of Bayelsa.

So too did what initially appeared like a vindication for former President Jonathan.

Still, it didn’t take him very long to find his way back to the PDP camp and congratulate the new governor.

And for the first time since the name of Diri emerged as a possible candidate to replace Dickson, Jonathan even admitted knowing the new governor and saying they had once worked together when Diri was a commissioner under him.

Wike had a different way of acknowledging the sudden change in fortunes. He chose to make it about Adam Oshiomhole, the national chairman of the APC and his hostility towards Jonathan as president.

But maybe the most significant allegation Wike made was that a miscarriage of justice in the Appeal Court that made Oshiomhole governor of Edo was what led to the amendment of the electoral act to give the Supreme Court the final say in cases relating to governorship elections.

Being declared the winner of an election by INEC is not necessarily the end. That is what everybody seems to forget

The Rivers governor has a way of revealing political infightings that never really become public.

Of course the removal of Ayo Salami as the president of the Appeal Court and the hostility it generated between the executive and judicial arms of governments, and also internally in the judiciary spilled into the public arena.

But no real connection was ever made between Oshiomhole and why the electoral act was amended to allow for judgements if the Appeal Court in governorship cases be challenged at the apex court.

In the end though, the tit for tat between Wike and Oshiomhole was a perfect distraction from Wike’s own political challenges with his party and neighbouring state.

There are no statistics on how many cases emanating from the 2019 general elections have ended up in court.

In 2015, there were thousands. And not all the court verdicts had the appearance of been fair or that justice was served.

Some of the verdicts from the 2019 elections have already put the Supreme Court in the spotlight.

The removal of Emeka Ihedioha as Imo State governor has created an image problem for the apex court.

The PDP was even organising protests against the court and labeling it a threat to democracy.

For that reason, it is not inconceivable that the justices of the court put a lot more than legal arguments into consideration in the disqualification of the APC from the November governorship election in Bayelsa.

There is no doubt that the verdict has succeeded in easing pressure and public anger towards the court.

Yet, the courts are very much an integral part of the electoral process. Being declared the winner of an election by INEC is not necessarily the end. That is what everybody seems to forget. And that very convenient forgetfulness has left Lyon, Sylva, Oshiomhole and thousands of their well-wishers and hangers-on in shock and emotional trauma.