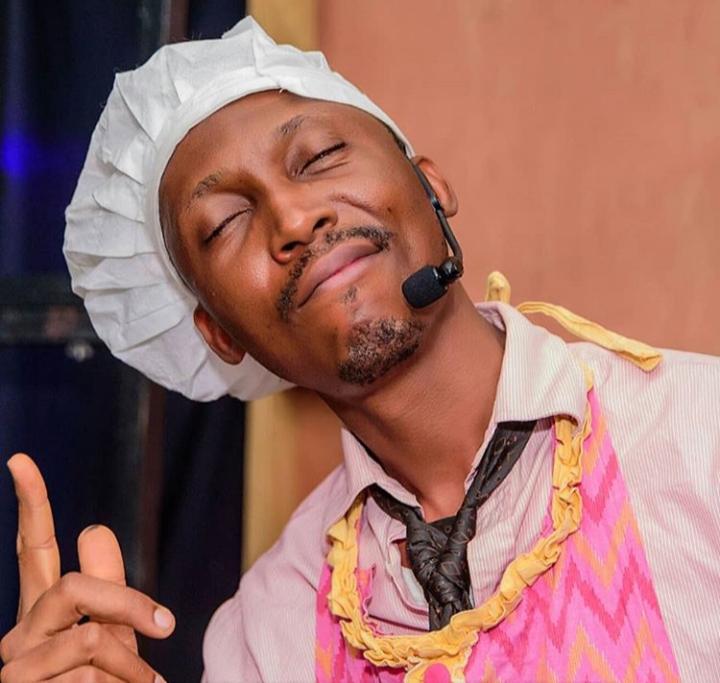 He is known by many monikers but only one stuck; Frank Donga. Born Kunle Idowu, the multi-talented entertainer was beamed to Nigerians on Instagram through his comedy skits. In a chat with The Interview, the comedian and actor discloses his plans for the year and other burning social issues.

People seem to forget your real name and address you by your nickname Frank Donga, is there really a difference between the two personalities?

Frank Donga is a name I thought of as my alter ego. The character itself is something that I’ve always done since I was in school. I do many impressions of people. I’ve always been passionate about employment or unemployment depending on how you look at it. After I graduated with master’s degree in genetics, I worked briefly as a journalist.

I’m still a journalist at heart, and in the course of that we did a few reports on the employability of the Nigerian youth. From there I realised that I had to do more. It is not enough to scream all over the place and say that there is no job. We also need to make sure that when the jobs show up, we are ready; that we are fit for those jobs.

From there I began to look into the non-employability of the Nigerian youth, and also make sense of the dysfunctional educational system, low self-esteem by the applicants, lack of exposure, and sometimes, sheer laziness and ignorance.

Instead of writing a book for instance called ’20 Steps to Getting Your Dream Job (I’m sure there’s a title like that), ’15 Steps to Becoming the Boss of Your Own Business’; I wanted to flip the cup on its head and become a character that you don’t want to become.

So I do reverse teaching by saying, ‘this is what you look like at that job interview when you’re not prepared’. So, Frank Donga was born, and the name in particular was just something that popped into my head when I was looking for the identity.

I wanted a first name that wouldn’t show cultural, tribal or religious connotation so people could warm up to it; and also wanted a last name that was African, so that Nigerians and Africans could understand and empathize with the character. I felt Frank was a bit neutral for a male name. It is a common and general name. I played with a couple of names in my head such as Frank Dingo, Frank Banga, Donga.

I’m a scientist to the core of my brain. If I wasn’t doing this, I’d probably be doing recombinant DNA research in a laboratory somewhere in the world.

Why the switch from agriculture to journalism?

I got my first job in a media company, set up a TV station and we were trained by some of the finest journalists in the world. The lead for the training was a former CNN vice-president and we had Isha Sesay in the team. We also had people like the CNN business anchor Richard Quest.

It was a thorough training. However, I grew up with the strong desire for the performance art. I played the lead guitar and the keyboard. I played from church to school; wrote songs, sang and rapped, so I kind of had performing arts on my inside.

I was an artiste in secondary school. I made comics. So, I think it was a natural transition. I practiced agriculture for a bit. I had a poultry farm, I kept goats, I was in charge of fish and cattle in Kogi State where I did my NYSC.

So, I had it all going on but I wanted to explore more of my other side which was the arts than the sciences. I’m a scientist to the core of my brain. If I wasn’t doing this, I’d probably be doing recombinant DNA research in a laboratory somewhere in the world. After my master’s degree, I wanted to go straight for my PhD but I decided to test my strength in the arts before I settled down in this field.

And it seems that paid off because recently you won Best Actor at a film festival. How does that make you feel?

It’s humbling, it’s really humbling. I am surprised because every time people tell me ‘we enjoy what you do’; every comment and compliment reminds me that it wasn’t intentional. I didn’t get into this field because I wanted to be famous.

I didn’t get into this field because I wanted to make money. It was something born out of desire, to inform, to educate people about unemployment and self-development, and here I am today. They found entertainment, they found relief, they found a way to lower their blood pressure and learn one or two things from my act, and I think that is a big blessing.

Instead of writing a book for instance called ’20 Steps to Getting Your Dream Job (I’m sure there’s a title like that), ’15 Steps to Becoming the Boss of Your Own Business’; I wanted to flip the cup on its head and become a character that you don’t want to become. So I do reverse teaching by saying, ‘this is what you look like at that job interview when you’re not prepared’.

What’s so special about your eyeglasses?

It’s packaging. I’m also a very fashion conscious person. The alter ego has no sense of fashion but the man behind the alter ego pays a bit of attention to detail when it comes to my looks. It’s showbiz, there is a show to the biz.

What do you think about Nollywood today?

It is not easy to make a movie. I know it takes a lot of efforts to put a movie together, and right now, every effort put in, I think, needs to be supported, and even if you’re going to criticize or make a suggestion, it has to be constructive. Bollywood, Chinese movies didn’t get there overnight.

It’s one step at a time. They have evolved and left us behind. Back in the days we used to laugh at Chinese films. Bollywood today is a multi-billion dollars industry and well respected across the world. When you board a plane today you see that much attention is devoted to Bollywood.

Now they don’t need the support of any other industry; they’re one billion in that country, so they can sustain their industry. We are over 150 million in Nigeria, that’s enough to sustain an industry. If there are 40 million cinema or movie consumers, and we spend an average of N1,000 a month, N1,000 multiplied by 40 million people, is that not about N40bn? That is huge money every month.

Netflix has over 100 million users rivaling Amazon prime. That is a huge, huge industry. If I can only have 20 thousand people on my Instagram who subscribe with N500 a month, that’s some steady N10m. I can employ a team of people to keep churning out content steady.

You give me N500 a month and I give you quality for your money. You watch four, five, six series from me every week. We grow from there. But we need a steady structure.

If there were 40 million cinema or movie consumers, and we spend an average of N1, 000 monthly, N1,000 multiplied by 40 million people, is that not about N40bn? That is a huge amount of money monthly.

When you talk about structure, do you think we are there yet?

Generally speaking, when I talk of structure I think we should start from power. Without power we can’t do anything. Your phone has a vast power that’s why you can record me, so power is essential. When you spend so much on generators, then we have issues with noise we have to deal with and that’s a lot of headache for film production.

Then you have to deal with distribution, marketing, piracy, because there is no power and there is no enabling environment in terms of cinemas. We need more cinema houses. I think until a prime Nigerian movie go for a thousand bucks, it might be difficult.

How many people can afford 2,500? We’re still fishing in the same small pool; Lekki, Ikeja, Surulere. In Surulere, you can’t sell 2,500 naira Nigerian movie easily except this festive period. I know people will travel to Surulere to go and watch your N600 movie.

That is the thing. So, if the cost can get lower, we have more distribution outlet and cinema houses; that’s structure the government can do something about. They give loans to investors, or give tax breaks to investors and we have electricity to actually run. Nobody wants to watch a movie and you’re sweaty or soaked, no matter how good the movie is.

It’s humbling, it’s really humbling. I am surprised because every time people tell me ‘we enjoy what you do’; every comment and compliment reminds me that it wasn’t intentional. I didn’t get into this field because I wanted to be famous.

How do you think the government is working to ensure art appreciation?

Do you know how many people are employed on a movie set? How many movies do you think are shot per week in Nigeria? I’m sure every single day of the week there is a movie production going on in virtually every local government, dare I say every state of Nigeria.

California employs many people, but then they built their structure. Nobody will build and hand over the key to you to come and enjoy; they are going to charge you for it. I think the first thing the government needs to do is to create an enabling environment, we are not even asking for money. We can improvise.

Any plans for the New Year?

Last year was so good. I had many interesting experiences. Unexpectedly, I did my first show on December 26, 2018. It was amazing. It just took three weeks from planning to execution; that is a preparation for my bigger show this year.

I’m transiting from being an online sketch comedian to becoming a film actor, director, and now I am going into shows, live shows and live performances with a difference. Not stand-up comedy but live comedy sketches. Also, my TV series, and hopefully my movie, will be out before the end of the year.