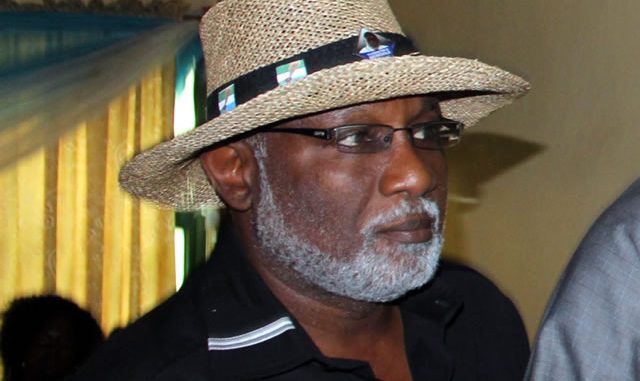 The Ondo State Internal Revenue Service (ODIRS) says the state will implement the law as it relates to the collection of Value Added Tax (VAT) in the state.

Mr. Tolu Adegbie, the Executive Chairman of ODIRS, stated this at a news conference on Thursday in Akure.

He noted that the agency had carried its research and passed its observations to the state government for consideration.

“We will implement the law that has been passed by the state and we have done our research and passed our observations and at the appropriate time, the government will take a decision.

“But if the case is won in favour of the state, what happens? It means that we will be collecting VAT,” he said.

The ODIRS boss noted that the state has a Consumption Tax which, he said, was passed in 2019 but was suspended in 2020 due to the COVID-19 pandemic.

“The collection of the Hotel Consumption Tax has, however, started and it is different from VAT.

“The implementation of consumption law has started now. We have written to hotels in the state, but some are still confused saying it is same as VAT.

“They are not. While they may both be consumption tax, one is based on sales and goes to specific section of the economy which is hotel and restaurant, while other is on value on transaction.

“So, those hotels writing to us that VAT case is in court should know that Hotel Consumption Tax is not in court. It’s not subjected to litigation in any court in Nigeria,” he explained.

In another development, the ODIRS chairman, noted that over 80 per cent of intra-state commercial drivers, who came to register their vehicles in the agency did not have valid driver’s licence.

Adegbie said this was discovered in the course of the compulsory registration ordered by the state government to address insecurity and criminality in the state.

He said that about 800 vehicles had been registered so far, adding that 80 per cent of the drivers did not have valid driver’s licence.

Adegbie added that the result of survey carried out by the agency showed that about 64 per cent of private vehicle owners in the state did not have valid driver’s licence.

He noted that such situation could no longer be tolerated in the state, saying that the state governor had been informed of the ugly situation.

In his remarks, Dr. Doyin Odebowale, the Senior Special Assistant to Ondo State Governor on Special Duties and Strategies, said that government would immediately commence enforcement by impounding commercial vehicles that had not been registered.

He said those without valid driver’s licence would also be arrested.

“The enforcement is immediate. We have given four months for commercial vehicle drivers to register their vehicles and we can’t extend it.

“About 800 commercial vehicles have registered so far and your vehicles must be painted in the colour of the state.

“And it is not only commercial vehicles but those private vehicles without valid papers will also be impounded,” he stated.

The SSA urged drivers without valid papers to comply and get their papers, promising that all perceived bottlenecks would be removed as much as possible.

“We will remove bottlenecks as much as possible. Comply because enforcement is immediately.

“We will be moving round to ensure that nobody is harassed unduly. If you don’t have licence and you are driving, you are a menace to the society.

“If you go through any middleman, you will only compound your problem. So, come forward now and do the needful,” he said.

He warned any driving school extorting money from people or engaging in sharp practices to desist from such acts, saying that any errant driving school caught would be shut.

In his words, Mr Kayode Ogundele, Permanent Secretary, Ministry of Transport, enjoined the citizenry to comply with the directive for their own safety and wellbeing.

“The present government believes in law and order and this is reflected in its actions.

“Everything that will ensure that our citizens are secure and safe must not be overlooked.

“We are ready to follow the process of enforcement without fear and favour. It is not expected of anyone who is not licensed to be on the road.

“Anyone caught should face the music. And I want to plead to our citizens that whatever the government is doing is for our own interest.