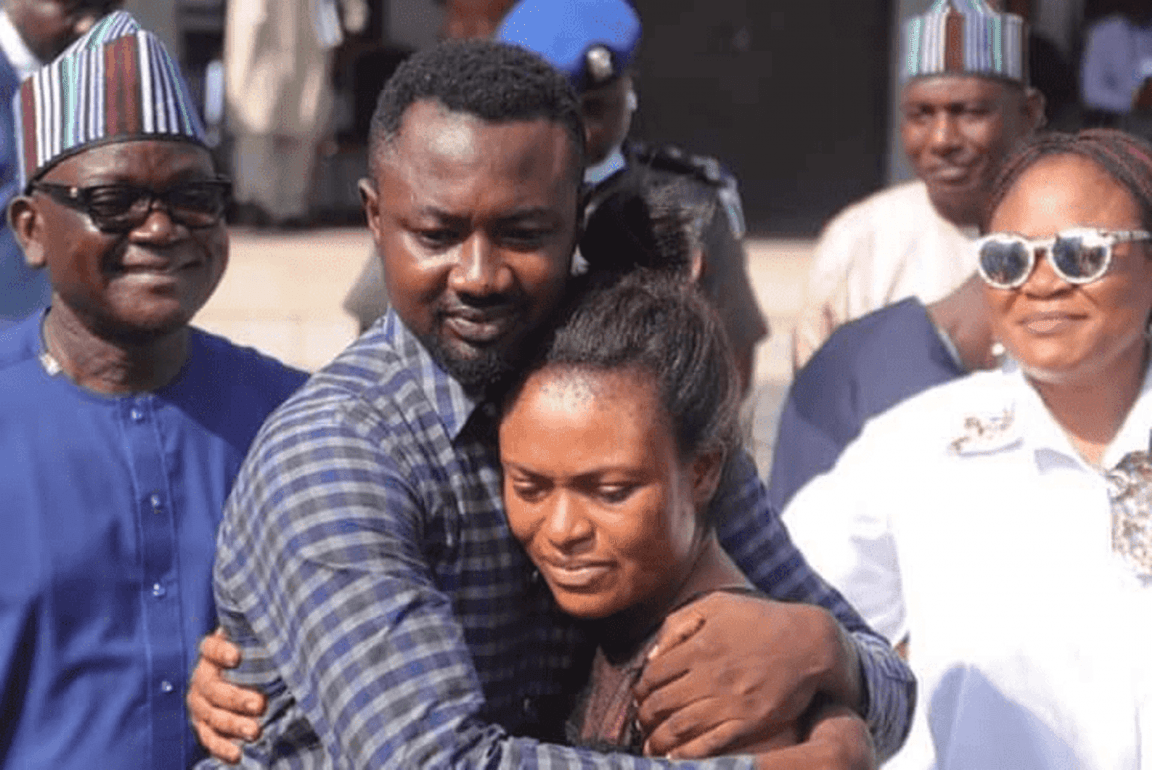 Last week Thursday was December 10 which ended the 16 Days Activism on Violence Against Women.

It was also the International Human Rights Day.

Unfortunately, it was also during this period – when the entire world came together both physically and virtually to discuss issues bordering on women’s human rights – that a certain Pius Angbo decided to remind us again while this campaign was ever necessary.

Earlier that week Nigerians woke to a video of his wife and mother four children and her battered face.

Apparently, Mr. Angbo had done what, according to his wife, he had always done since they got married six years ago.

From the moment her video appeared on social media platforms to the time of the Kangaroo reconciliation by Nigeria’s latest reconciler-in-chief, also known as Governor Samuel Ortom of Benue State, this particular episode of Gender-based violence has continued to elicit differing responses.

For one, many people were surprised that not only could a medical doctor remain in an abusive relationship but would also appear to not know what to do.

To many of those on this side of the divide, only uneducated, non-professional and unemployed or low-income earning women should be found stuck in such marriages.

Surely, a medical doctor should know how potentially fatal an abusive marriage could be, and certainly she can’t be so poor as to find herself totally helpless in such a situation.

Then of course, there are those who as always would hide behind the little finger of provocation to support gender-based violence. This group reminded us how very caustic an average woman’s tongue could be. She must have provoked the man they chorused.

Probably consulting his own special copy of the Violence Against Persons Prohibition (VAPP) Act, the governor was content to organise public hugging session, perhaps preceded by a private talk-shop, and then, it’s ok for the couple to go back home and live happily ever after, while the rest of us pretend that the video we all saw online never happened

Yet, they also conveniently forgot that the same regular Nigerian man who would pummel his wife for provoking him with her tongue, would be all shades of meek before a Nigerian soldier, or even an unarmed FRSC officer on the road, no matter the name he is called.

And you know why? He knows there would be consequences, should he as much as twitch his eyelid in defiance.

Whether the consequences and the forms they take is lawful or not is not a matter for today.

But it suffices to know that the fear of what could follow would usually be enough to deter the man from reacting, even when his reaction would have been well in order.

You see when we talk about ensuring that people pay for their actions it’s because we know it usually works as an effective deterrence to both the culprits and others who would want toe their path.

When we insist that perpetrators of gender violence, whether sexual, physical emotional or financial are compelled to face the law it’s because we know that’s one of the most effective ways to curtail the menace.

That’s also the reason Governor Ortom’s action has in one day erased years of painstaking work by different anti-gender-based violence activists in this country.

Probably consulting his own special copy of the Violence Against Persons Prohibition (VAPP) Act, the governor was content to organise public hugging session, perhaps preceded by a private talk-shop, and then, it’s ok for the couple to go back home and live happily ever after, while the rest of us pretend that the video we all saw online never happened.

His actions no matter how well intended messes up the gender-based violence messaging in no small way.

When a woman is truly and finally ready to leave an unhappy marriage, she will do so, irrespective of the prevailing circumstances

Just beat your wife to a pulp, and get prominent Nigerians to beg on your behalf. Better still, if you can coopt a sitting governor into the begging and reconciliation committee then all will be well.

As for those beating themselves over whether Dr. Ifeyinwa should have been allowed to reconcile with her husband and continue in an obviously abusive union, you can never make a woman leave a marriage until she is ready.

Know this and know peace when faced with these cases.

When a woman is truly and finally ready to leave an unhappy marriage, she will do so, irrespective of the prevailing circumstances. She won’t love her children any less, but she will leave the marriage all the same.

She will jump off that edge, and in the words of Celine Dion, “Never knowing if there’s solid ground below, or a hand to hold, or hell to pay.”

She will jump off all the same.

She won’t be looking for familiar comforts. Just the basic requirement of food, clothing and shelter would be enough because she knows it would only be a matter of time before she not only builds up once again, but recover and even surpass all she could have lost in an abusive and toxic marriage.

She won’t even have the time for any social media drama or making videos, unless of course she is documenting evidence for the record.

But you see, every woman will have to get to that point all by herself. It might be months, and it might take years.

And as we have seen over and over again, having university degrees and good earning power may not necessarily be the major deciding factor here.

Sometimes, the woman makes it out in time to salvage what’s still left of her humanity and indeed, self-worth.

Sometimes, she is so damaged that she may never thrive again in this lifetime.

And of course, in some very sad cases, especially when physical violence is involved like in Dr. Ifeyinwa’s case, she only leaves in a body bag, or become a convicted murderer like Maryam Sanda.