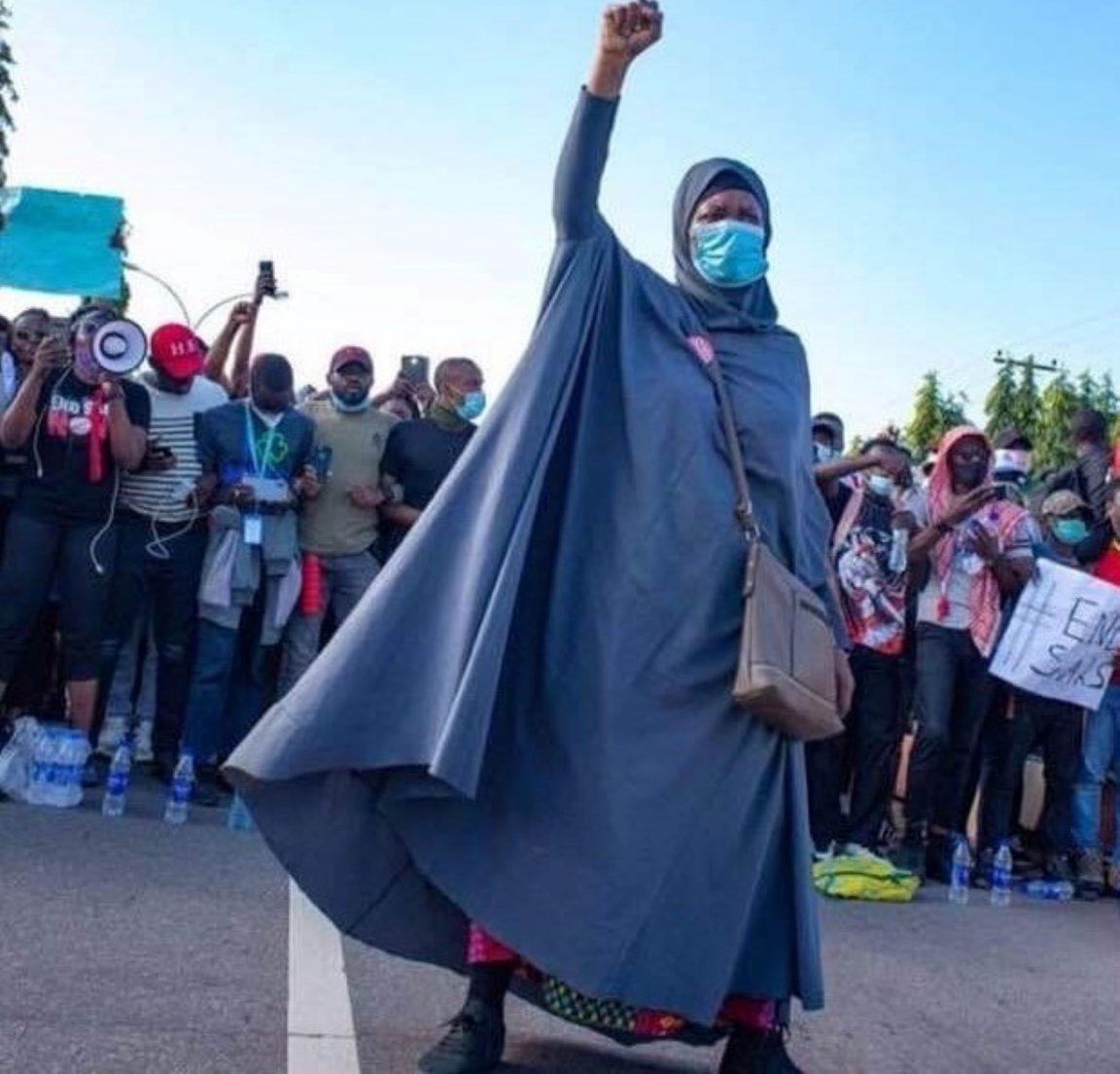 It’s been such a wonderful time to be alive in Nigeria. The last two weeks have revealed what everyone had always known, but always managed to cowardly shrug off.

Yes, for a long while now, we’ve known that our collective cup as a people was full. We have seen evil of all shades perpetrated by Nigerians against Nigerians.

We have had this country, obviously designed to be beautiful, turn grand ugly on our watch and did nothing about it.
We have always known that our cup was full and that it would only take a small nudge for the contents to spill over.

And what many don’t seem to have realised is that the #EndSARS protest is as personal as it can ever get for many Nigerians and the different images from the protests are enough to tell the story.

From the girl who refused to be consoled as she sobbed her heart out, sitting on white lion statue and clutching a folded Nigerian flag, to the man who reportedly lost his twin to death at the hands of the same SARS agents but was himself also jailed for more than four years, it’s been tales of sorrow, blood and tears.

But the most heartbreaking of it all is that SARS and all its atrocities is just a microcosm of the monster that has held Nigeria down for decades. It’s also just a symptom of everything that has been wrong with Nigerians for as long as many of us can remember.

READ ALSO: May Nigeria Be Delivered From Us!

And even when we finally get rid of this SARS as we know it today, we would still be confronted with many more SARS in their different forms, created by none other than us.

Whether it’s Police brutality, corruption and any other ill with which Nigerians have continued to inflict damages on this country, the root of it all can be found in one eight-letter word; impunity.

It’s impunity that has allowed SARS operatives to become experts at extra-judicial killings for a long time now. And this has also been public knowledge.

Ask any student who passed through the Nigerian Institute of Journalism (NIJ), Ogba Lagos about 14-18 years ago. You will hear narrations of detainees being brought out, tied to poles and shot dead.

Certainly, this was also happening in other police stations in the state and the rest of the country.

They would tell you that the cells were filled and so, to create space, they had to kill off some.

Whether they were going re-bag them later and use as currency for vote buying, thereby further weaponising the poverty in this country or share them later as they now want us to believe, nothing will ever justify allowing your people go hungry in the midst of abundance

But we all looked the other way.

We told ourselves they were armed robbers and therefore deserved whatever they got.

Never mind that those killed off in that gruesome manner never had their day in any court of law.

But we kept silent even when we knew that no law could have allowed what these government agents were doing.

It wasn’t long before they entered our streets, homes and offices, arresting and torturing, maiming and killing Nigerians at will.

Yet, we did nothing.

After all, they were after internet fraudsters, we told ourselves and rationalised their madness again.

It’s the same impunity that enabled the Tuesday night shooting of unarmed and defenceless #EndSARS protesters at Lekki Toll Gate and the different shades of denial that came thereafter.

READ ALSO: “It Is A Horrible Time”, Falz Speaks To CNN’s Amanpour On #EndSARS Protests.

It’s also impunity that’s playing out on our streets presently, where Nigerians are discovering and clearing warehouses filled with food items designated as COVID-19 palliatives.

Since Thursday when the first warehouse was discovered in Monkey Village, Maza in Lagos State, at least, five other similar facilities have been discovered in different states in the country.

Let the politicians spin it however they want but this government can never wash its hands off this.

How do you defend keeping food items meant for the poor and vulnerable away from them months after COVID-19 lockdown?

Whether they were going re-bag them later and use as currency for vote buying, thereby further weaponising the poverty in this country or share them later as they now want us to believe, nothing will ever justify allowing your people go hungry in the midst of abundance.

But they did it all this same, because impunity will not allow us to be great in this country.

We are accustomed to doing things simply because we can and also get away with them.

But a system can only take so much before its wall would come crashing down on everyone in it.

That’s the reason we should be eternally grateful to the young people for an attempt to reset this country now before we’re forced to face the too late.

Since after President Muhammadu Buhari’s address to the nation on Thursday night, there has been a spike on the number google searches on how to leave Nigeria.

Social media has also been awash with many young Nigerians asking questions on how they can migrate to other countries.

While some of them speak in jest, many have never been more serious. There is this general bleakness and pervasive gloom seems to have overtaken most.

But no. Nothing is lost at all. Rather, we have all gained plenty.

A powerful seed has been sown and it’s going to germinate in due time.

This time it’s neither corn nor yam that has been planted but an Iroko. Yes, the great Iroko that will live for 500 years.

But it would need watering.

This garden in which it has been planted must be weeded too and one day this Iroko will stand strong and unwavering under the sun and in the rain.

When that day comes, not even a million incompetent and kleptomatic Nigerian leaders would have anything on this country.