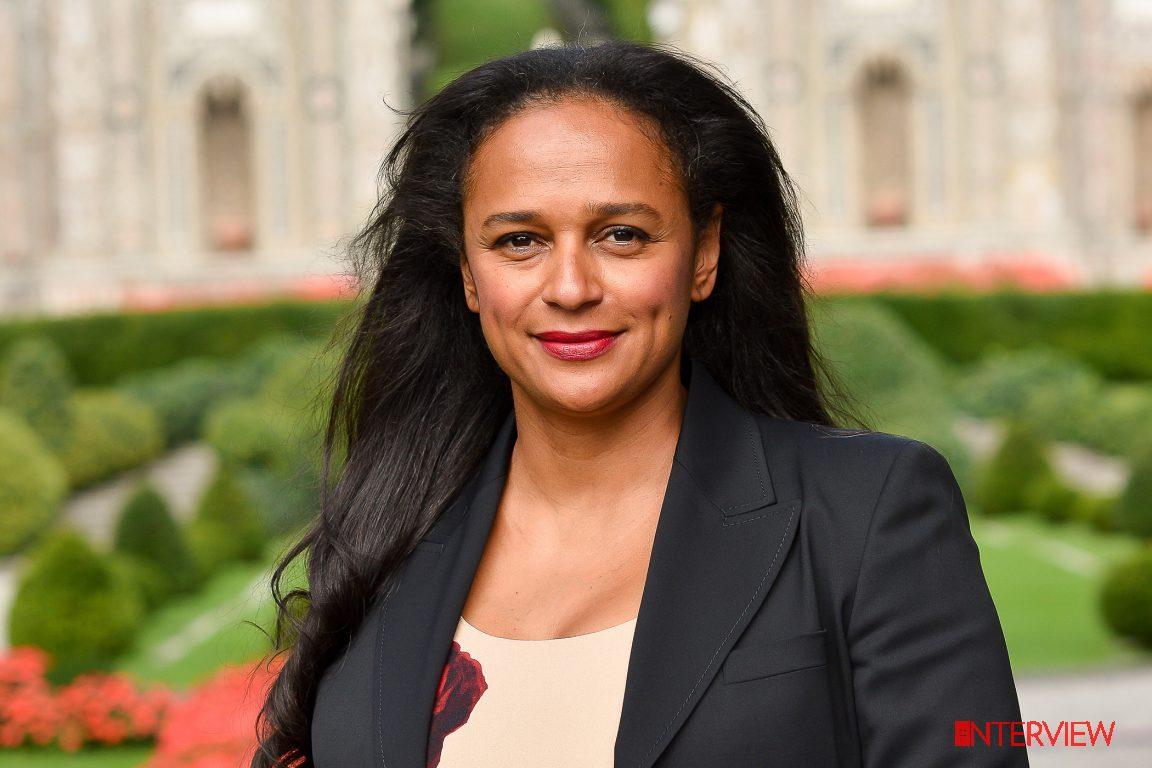 Hours and days after she was sacked, dos Santos transferred millions to companies her associates had interest in / Photo credit: Wikipedia
55
SHARES
ShareTweetShare
ShareRepostPinterest

Wherever there is oil in Africa, it is almost certainly followed closely by bribery and corruption.

And wherever there is gold and diamonds or any kind of precious stones in Africa, it leads to deaths and civil conflicts.

On the surface, the cause and effect is usually just an African problem.

Yet, African nations have always accused the western countries of being complicit in some of the conflicts, and hypocritical when it comes to fighting corruption.

European capitals in particular are quick to condemn African leaders whose corruption have been exposed, while at the same time, provide easy access and safe havens for proceeds of ill-gotten wealth.

And usually, so as not upset the status quo, it stops at the condemnations.

But occasionally, they condemnations are followed by asset seizures and even prosecutions.

Now thanks to the Platform to Protect Whistleblowers in Africa and the Luanda Leaks, western institutions, accountants, bankers, lawyers and consultants have been implicated in global scheme of aiding and abetting Africa’s richest woman, Isabel dos Santos to steal hundreds of millions or billions of dollars from Angola’s state owned oil company, Sonangol, while she headed it.

In fact, it is some of the biggest professional services companies in the world like PricewaterhouseCoopers and KPMG that have been exposed in the 700, 000 leaked emails that show how international laws and financial regulations were sidestepped so the companies could earn a piece of the pie.

As can be expected, the fallout has been fast in coming. Nuno Ribeiro da Cunha, a Portuguese banker implicated in the scandal has been found dead in his home in Lisbon.

Swiss banks are known to be the most secretive in the world. And to a large extent, they have lived up to that reputation. The Swiss Bankers Association estimates that $2.2trn is held in Swiss bank by customers who would rather keep their money abroad

Jaime Esteves, the head of PricewaterhouseCoopers‘ tax advisory team for Angola and Portugal has stepped down. Portugal has launched an investigation.

But it is a scandal that threatens major banks around the world.

Swiss banks are known to be the most secretive in the world. And to a large extent, they have lived up to that reputation.

The Swiss Bankers Association estimates that $2.2trn is held in Swiss bank by customers who would rather keep their money abroad.

The country reportedly leads Britain and Luxembourg as the top offshore havens.

Yet, there have been cracks in the secrecy. It took half a century for them to admit the presence of Nazi gold, dormant accounts and money belonging to Jewish victims of the holocaust.

In the end the bank’s paid just over $1bn as compensation to surviving families of selected holocaust victims.

That was at the close of the 20th century.

But the hidden gold and dormant accounts would only be the beginning of tensions between the US Government and Swiss banks over the secrecy that had aided money laundering around the world for decades.

The 2008 financial crisis in the west would blow the tensions wide open.

And the pressure for accountability and transparency piled on.

That partly explains why Nigeria was able to get just over $1bn from Switzerland alone as part of funds siphoned by late head of state Gen.

Sani Abacha, even though it took decades for the money to be returned.

Other countries have also repatriated money stashed away by Abacha.

For example, $227m has been returned from Liechtenstein, $149m from Jersey Island and $480 million from the United States.

But Civil Society Organisations believe there is more out there, particularly in Switzerland.

No one is expecting the Swiss to volunteer information.

They have, however shown the willingness to return stolen funds, but only if Nigerians can find them first.

According to the EFCC, N47.2bn and $487.5m in cash and properties have been traced to Madueke. Of these, there is a $37.5m property in Banana Island, Lagos, which has been seized; two apartments at Bella Vista Court also in Banana Island worth $350m; a N800m block of flats on Awolowo Road, Lagos

Ironically, Sani Abacha as head of state once set up a committee to investigate cases of Nigerians whose money in foreign banks disappeared into thin air upon their deaths.

He must have had personal reasons to be concerned.

Still, the numbers are staggering and were enough for stories of Abacha’s loot to grab the attention of Nigerians and all of Africa for decades on end.

Former minister of petroleum, Deizani Alison-Madueke, would be the only person to come close to matching Abacha in the scale of theft she has been alleged to have committed.

During her stint as petroleum minister, the then governor of the Central Bank of Nigeria, Sanusi Lamido alleged that $20 billion was unaccounted for at the NNPC.

Now, guess the companies that were brought in to audit the accounts? PricewaterhouseCoopers and KPMG.

She fled the country the moment her party and Goodluck Jonathan, who appointed her as minister, lost the election in 2015.

As much as $100 million was traced to officials of INEC who were reportedly bribed Madueke to ensure her party did not lose that election.

It’s unimaginable to think that any public official in Nigeria could earn enough and be able to afford $40m in jewelry.

Yet that is the value of her jewelry that been forfeited to the state by an order of the court.

According to the EFCC, N47.2bn and $487.5m in cash and properties have been traced to Madueke.

Of these, there is a $37.5m property in Banana Island, Lagos, which has been seized; two apartments at Bella Vista Court also in Banana Island worth $350m; a N800m block of flats on Awolowo Road, Lagos.

The list of properties extend to other areas of Lagos, half a dozen in Abuja, some in Port Harcourt, Rivers State, and also in Yenagoa, Bayelsa.

And that just in Nigeria. Properties have identified in different parts of the world.

With the amount of assets traced to her, anyone would have thought Alison-Madueke would be jail right now.

Even though Alison-Madueke is child’s play compared to Isabel dos Santos, how the former Nigerian ministers’ prosecution has been managed by both the U.K and Nigerian governments could be an indication of what is to come in the case against dos Santos

She would have been convicted especially when the fact that she is stuck in the United Kingdom, where there is meant to be a more functional justice system, is put into consideration.

In the UK, a few charges alleging money laundering have been filed against her after arresting her in October 2015 and later releasing her on bail. Two of her properties were reported seized by the U.K’s National Crime Agency and her passport confiscated. Other than that, the case against her has been stalled. You have to wonder why.

Of course the Nigerian government has been insincere about prosecuting Alison-Madueke. One minute, the government says it would rather she was prosecuted in the UK And the next minute, it wants her extradited and has even accuses the UK of frustrating her trial. Even though Alison-Madueke is child’s play compared to Isabel dos Santos, how the former Nigerian ministers’ prosecution has been managed by both the U.K and Nigerian governments could be an indication of what is to come in the case against dos Santos.

Credit has to be given to the United States government. Without them, most European countries would probably still be paying lip service to curbing corruption and money laundering, some of their biggest financial institutions have been beneficiaries of.

It was pressure from the US regulators who reportedly issued a cease and desist order to Citigroup for deficiencies in its anti-money laundering program, leading the bank and others that followed in its footsteps to turn their backs on Isabel dos Santos.

According to the leaked emails, her answer was to buy major stakes in big banks and influence them from the inside. Forget Alison-Madueke.

No Nigerian leader, military or civilian has come close to exerting that kind of power and influence.

Both her and her husband, Sundika Dokolo would eventually invest in some 450 companies around the world, mostly in Portugal and Western Europe.

One bank she bought a major stake in, BIC Portugal is now at the centre of scandal. It’s money the bank desperately needed and for any breach of the law, the Portuguese government basically turned a blind eye.

Unlike their US counterparts, regulators in Portugal have neither sanctioned nor fined the bank for its activities in money laundering.

For 38 years, her father Jose Eduardo dos Santos was president of Angola.

Even without the 700, 000 leaked emails, that alone gives an insight into how Isabel dos Santos was able to amass her estimated $2 billion fortune.

For 38 years, her father Jose Eduardo dos Santos was president of Angola

But it was the 18 months she spent as head Sanangol that is most revealing.

In fact, it was dos Santos’ last hours before her sudden sack on November 15, 2017 that show the extent of the global corrupt network she had been able to build.

Hours and days after she was sacked, dos Santos transferred millions to companies her associates had interest in.

The night she was removed, BIC received an order by email to make a payment to a company associated with her.

The next day, November 16, Sonangol UK made a payment of $57.8m to a Dubai based company. As expected, she is now enjoying her riches in the UK.

In the face of these revelations, the Attorney General of Angola, Helder Pitta Groz has charged Africa’s richest woman to court for fraud and money laundering, and has vowed to use all possible means to bring dos Santos back to the country to face justice.

Angola accuses her making the state lose more than $1bn.

Like the chairman of EFCC, Ibrahim Magu who has visited the UK in the hopes of extraditing Alison-Madueke, Pitta Groz has also gone globetrotting seeking cooperation in prosecuting dos Santos.