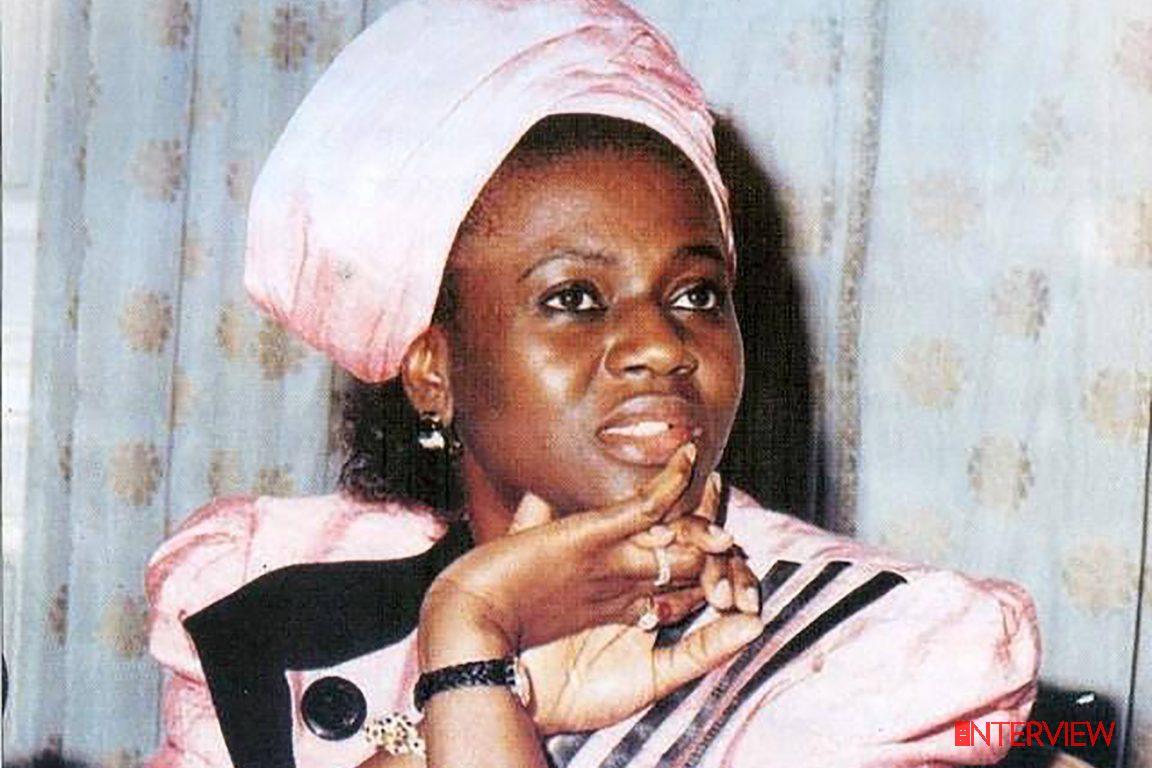 In Nigeria, you could almost say the role of First Lady was non-existent, until Maryam Babangida came along.

It has been 10 years since Maryam Babangida passed on. It has been close to 30 years since her family left the seat of power. But it was a space filled naturally and where she would shape and leave an indelible mark in more ways than one.

In Nigeria, you could almost say the role of First Lady was non-existent, that is until Maryam Babangida came along.

And for every wife of a Nigerian president and even the wives of governors who have tried to forge roles for themselves using the office of the First Lady, Mrs Babangida was the trailblazer.

Every First Lady tries to adopt a pet project that would have an impact on the lives of citizens and many achieve their goals.

Even though it has been almost three decades, Mrs Babangida may have gotten far more done than anyone who has occupied that position.

The reason is simple. It wasn’t apparent then, but she succeeded in shaping government policies in areas that mattered to her and even in the creation of state institutions to address the development needs of women and rural dwellers.

And it was in a time she served as a lone voice in creating government programmes and initiatives designed specifically to uplift women.

Now Nigerians think nothing of it, and even encourage First Ladies to engage in “pillow talk” with their husbands.

Three decades ago, it was unwanted interference in the running of government.

It’s all evidence though, that she was way ahead of her time.

As far away as the United States of America, Hilary Clinton at the time she was First Lady was seen as overbearing for wanting a say in deciding government policies and was accused of running a co-presidency with her husband. In Africa, women have even less room and opportunities in governance.

Today, it is easy to ask if the eight years of the Ibrahim Babangida presidency really did anything in the emancipation of women, especially in parts of the country that are known to be culturally and religiously conservative.

But there is no debate about it, Mrs Babangida came from a generation that believed the role of women was on the sidelines or as cheerleaders. An attestation President Muhammadu Buhari would make in more recent times by alluding to the other room

But there is no debate about it, Mrs Babangida came from a generation that believed the role of women was on the sidelines or as cheerleaders.
An attestation President Muhammadu Buhari would make in more recent times by alluding to the other room.

Even the fact that she had a voice and she used it, from the most influential residence in the country broke barriers.

It opened the doors for countless of other women beyond the shores of Nigeria to create better lives for themselves.

And the small impact she made in speaking to rooms full of men, sometimes full of army generals still resonates today. Apparently, she still heard words like, “you are a woman, what would you know”, a lot.

Sometimes, those battles were with her own husband. But, then there was so much more to Maryam Babangida, than her ability to speak and influence the most powerful of men.

Outside of governance and policy, Maryam Babangida had just as big an impact in redefining culture and social life, particularly with the Nigerian elite.

There are memorable moments in how she played the role of wife of the president, moments Nigerians will remember fondly.

In the international spotlight, not every First Lady is capable of living up to the moment.

In May 1989, the Banangidas were in the United Kingdom for a state visit. That meant being hosted by Queen Elizabeth who in every way projects both power and grace.

Along side her was a Princess of Wales who many believed was the very definition of glamour and style. Ibrahim Babangida has never been a man of style.

His military uniform has probably been his best fitting outfit.

The same could not be said about his late wife. Mrs Babangida was young, yet there couldn’t have been a better person to represent Africa in style, power and grace at the state visit to the U.K.

But that wasn’t the moment she really shone. It would be close to a year later in 1990 when she played host to the Prince and Princess of Wales.

Even the 21 century and the ever changing world of fashion and style, the events were like exhibitions on style. And the dozens of pictures of Mrs Babangida and Princess Diana are nothing short of collector’s items.

Like everyone who has had the privilege of residing in the presidential villa, a first couple learns very quickly that life after the presidency can be brutal.

Attacks appear more vicious and personal. The circle of friends shrink leaving only a handful of people that can be trusted. Sometimes, it is the unexpected people that turn against you.

So it was too with Mrs Babangida and her family. The most trying times must have been three years before her death when then president, Olusegun Obasanjo had her son detained and questioned by EFCC.

And Obasanjo was supposed to be a friend of the family. But even under siege, Mrs Babangida showed her courage and stood by the side of friends and associates who experienced similar difficulties and she felt a sense of loyalty towards them.

The early days of the Muazu Aliyu governorship in Niger weren’t so good for Maryam Babangida and her extended family and friends.

Aliyu came to power in 2007 with the help of Obasanjo. His approach to Babangida was a continuation of the harassment started by Obasanjo only at a level that was much more petty.

Anyone seen to be close to them and had served in government was probed by the governor. Some were arrested. And that was exactly when Maryam Babangida felt she needed to show the world she stood by everyone dear to her, come rain, come shine.

It was her husband’s cousin, Aliyu Dattijo, who served as a commissioner in the previous state government, that was arrested and incarcerated at Minna Prison.

The incarceration was a test of loyalty on the part of the one time First Lady, something she was usually the one demanding it from others. It turned out to be a test that brought out the best in her.

The show of support would see her visiting inside the four walls of a prison, Minna Prison, in broad daylight and for the world to see.

Outside of governance and policy, Maryam Babangida had just as big an impact in redefining culture and social life, particularly with the Nigerian elite. There are memorable moments in how she played the role of wife of the president, moments Nigerians will remember fondly

In December 2009, Nigeria was in the middle of a constitutional crisis. The president, Umaru Yar’Adua was in a hospital bed somewhere in Saudi Arabia.

No one knew whether he was conscious or not.

All that mattered was that he had been flown out of the country without transferring executive powers to the Vice President, Goodluck Jonathan.

It appeared the country would implode. But for Babangida, a former chief of army staff and military ruler, the world around him was falling apart in a more personal way.

Maybe for the first time in decades, Nigeria’s problems were a secondary issue to him. It was when he would suffer a very personal tragedy.

It was the period he would lose his wife. She died in California in the United States of America after battling with cancer for a number of years.

Many that know him believe his life has not been the same since. Naturally, he has tried to keep up appearances.

In her last years, Maryam Babangida was said to have devoted more time propagating Islamic teachings.

In Gwari communities, where the practice of traditional religion remained predominant, she built hundreds of mosque and converting communities.

In the community of people that lived around, many would have personal stories to tell.

On Friday, December 27, 2019; the former president and members of his family, along with close friends held prayers to mark ten years since he lost his wife, Maryam.

And for such a close knit family, it is not hard to imagine that they have been ten very long years.

Though the remembrance prayers were low key and restricted to close associates, there is no reason to think thousands of other people would be remembering her.

Of course, the Babangidas are no ordinary family, for different reasons , but mostly because of their years in Dodan Barracks, millions of Nigerians, at least of a certain age and era feel a connection to them.

And that is the true legacy Maryam Babangida left behind.