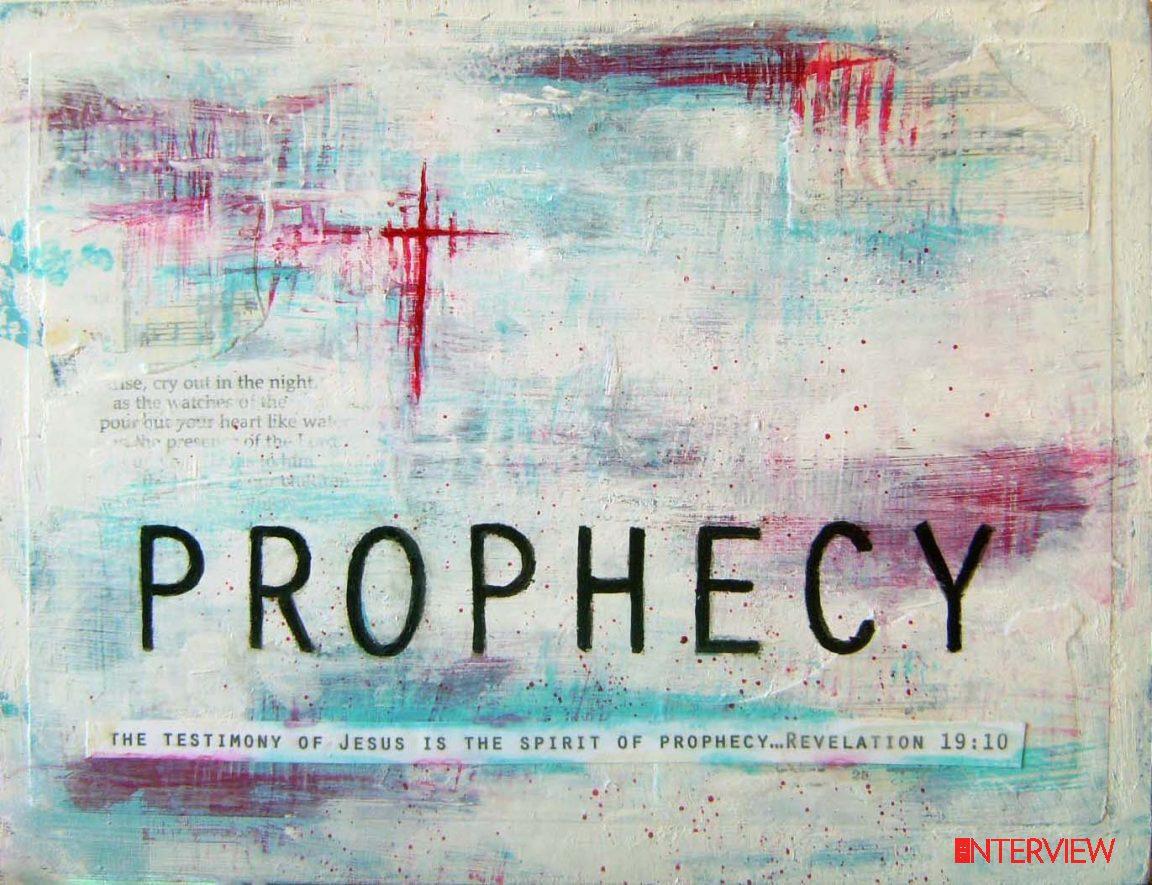 It’s a new year and the marketplace of prophecy across the religious malls in Nigeria will be bustling with dopaminergic activities, as it entertains prediction shoppers. Perhaps the richest market for institutionalised prophecy in the world, the trade thrives during the season, even though many of the prophecies will end up being fantastically wrong at the end of the year. You have to ask, was God really speaking?

Ours has become a nation of prophecy junkies, needing an annual fix in January. We are gripped by the prophetic suspense every new year, expectant as kids waiting for Santa Claus. Predictions have not only become an addiction, it is now a ritual. A people molded in the African way of consulting the oracle as part of the decision-making process, have carried the tradition into Western religion.

The sad part is that even the things that traditional oracle forbids have found home in the modern society. We have opened ourselves to predictions that fail to serve as a useful guide for the believer – the very purpose of all prophecies.

I will focus most of this article on the rife Christian prophecy, but wherever else it fits, apply. Although, prophecy is a core element of Christianity, it is sad to observe that Christian leaders in Nigeria have turned it into a joke.

Ours has become a nation of prophecy junkies, needing an annual fix in January. We are gripped by the prophetic suspense every new year, expectant as kids waiting for Santa Claus. Predictions have not only become an addiction, it is now a ritual.

Such a joke that anyone with common sense can quickly come up with better versions of their prophecy. They are vague, purposeless, increasingly off course and should be discontinued, except when there is a rare communication from God, which may or may not be in January.

As a Christian, I am ashamed and apologetic to read some of the stuff being passed out as prophecy, a further affliction to the Nigerian soul by the Church. Christians are being told to follow the Biblical injunction not to “despise prophesying,” but not advised to “test everything.” A nation is being bred with the expectation that God speaks compulsorily in January and may be either right or wrong.

There seems to be some pressure upon even respected leaders of the Church to come up with something or anything, in January. And they sure are coming up with a load of rubbish in their competition to out-do each other. Most of the so-called prophecies are calculated and safely-landing statements, with an adequate cover for failure. To avoid errors, prophets are becoming general and broad. Most miss their targets.

If anyone would take the time to review the predictions at the end of each year, it will unearth some astounding falsities, inaccuracies and falsehood being passed as prophecy. I do not hesitate to challenge our media researchers and journalists to do a content analysis, as they are bound to come across a load of careful contrived fiction dressed up as prophecy.

Although, prophecy is a core element of Christianity, it is sad to observe that Christian leaders in Nigeria have turned it into a joke. Such a joke that anyone with common sense can quickly come up with better versions of their prophecy.

Some of the prophecies in January 2018, made claims such as, “It’s a rough year for alcoholics,” and that “there shall be political confusion and personalities against this nation shall destroy themselves.” One even boasted that 2018 was going to be “a year of great fall for corruption.” Yet, another claimed the Nigerian economy was “to get better in Nigeria in 2018,” adding that the Naira would fare better. Does anyone agree in December?

An adored church leader predicted, “This year there will be less fire outbreaks but there will be more floods.” California experienced the worst fire outbreak ever, and for three years in succession – but was it even worth making the claim when we all know that depending on where on earth you are, the worst ravages of global warning will be fire or flooding? The world is hot, on fire and flooding, that’s the fact, and no one is measuring the difference.

Another prophecy for Nigeria stated, “Significant Goliaths will fall.” What significant Goliath in Nigeria can most of us can agree has fallen? Of course, anyone can find one if they searched hard for one, but if anything, Goliath has gained more strength. A different church focused its prophecies on the individual well-being, promising all things to all people, as if prophecy is some kind of Goody Goody.

The ambiguity and acute blindness of church prophecies are weakening the very foundation of the Church, turning believers into sceptics and filling the air with non-credible pronouncements that do not come Heaven. Much if what is released as prophetic are no better than smart guesses. They are as flexible as the wax and are worth no man’s attention.

Annual prophecies have been popular for a few decades. I recall that more than 20 years ago, this turf belonged almost exclusively a man who is still in the game. This man authored the mother of all false prophecies when in 1992 he claimed President George Bush would defeat President Bill Clinton in the US presidential elections. On another occasion, he warned the late musician, Fela Anikulapo, he would die. In his typical care-free attitude, Fela responded that it was the predictor who would die. Fela did not die for many years.

There is not a single prosperous nation on this earth that has progressed on the account of annual prophecy. They all have certain traits in common – hard work, transparency, fairness, justice, aspiration and the rule of law. They are not reliant on the miraculous and supernatural. They dominate using God-given abilities already available to the them. Gladly, the Vice President, Professor Osinbajo, a pastor, has asked Nigerians to work more than they pray in order to achieve success.

There is not a single prosperous nation on this earth that has progressed on the account of annual prophecy. They all have certain traits in common – hard work, transparency, fairness, justice, aspiration and the rule of law.

Religion has failed this nation, and the nation has failed itself. Nigeria is a nation of devout people who struggle with righteousness and basic honesty. One of the most corrupt nations has the largest congregations. Nigeria has to go back to the basics: honesty, transparency and truthfulness. What I am not recommending is that Nigerian becomes a nation without God. What I am advocating is for Nigeria to espouse righteousness and justice.

The search for a clue and pronouncements of God and the release of divine proclamations every January is producing brazen falsehood; and religious leaders who perpetuate it are mere cheap, modern-day Nostradamus. Nigerians have to start ignoring them. They are mostly blind but smart seers who haven’t heard a letter from God. I ask them to let Nigerians be.

I commend the Catholic Bishops Conference of Nigeria for forbidding political prophecies connected to the 2019 general elections. This will restore some respect and credibility to the church – but not all of it. Other Church leaders who feel they have an obligation to predict the future must resist the temptation. They are damaging souls, breaking trust and creating a nation of skeptics. Prophecies should be given at any time God decides to speak, in any of the 12 months of the year.

It is far more valuable to deliver a message of hope, righteous living, honesty, holiness, love and the other requirements of religion to Nigerians in 2019 than to do the prophetic game again. Decades of releasing those prophecies have only raised false hopes that, when dashed, break the spirit of true believers.