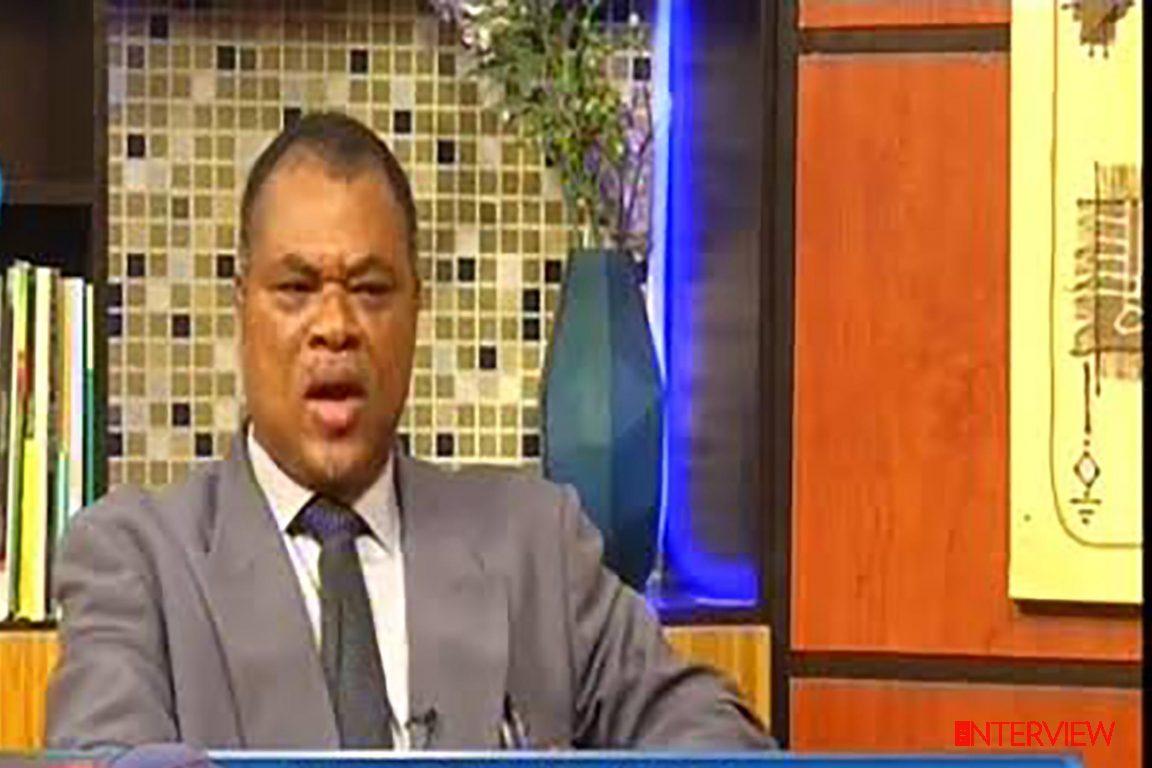 The US recently accused the Nigerian government of poor fiscal transparency. Is this a possible reflection of a weakness in the office of the auditor general or is it a wider problem of the budgeting process?

It is a wider problem. Remember, it is a build up from a very weak operational control system with respect to the fiscal space.

Essentially, for the last four years, we are not able to run the national budget within the constitutional fiscal year of January 1, to December 31, annually.

That has created a lot of confusion because the budget cycle has been so distorted, and in fact, accepted to run outside the constitutionally provided calendar.

That in itself presents institutional support for budget abuse. Institutionally, there is a grand distortion of the budgetary process.

That, of course will affect investors’ timing, creditors’ timing, monitoring of cash flow and a lot of other monetary and fiscal decisions.

If someone had committed infraction three years ago, do you think it makes sense highlighting it today? By the time you are coming out with a report, the officers involved, the channel, conduit for those funds may have translated into something else

Why do you think the checks and balances, particularly when it comes to auditing are so hard to enforce?

That has been a major problem, from the local government to states and to federal.

You can see, instead of a bottom up approach, audit, especially at national level is better done from the federal level down to the local government.

In other words, the federal government has not shown enough example because it is actually supposed to lead the process. Most agencies that are there to pursue economic sabotage, economic crime, fraud and all that, are all national.
The ultimate agency for reward or even punishment is national. Therefore, if there is a weakness at the centre, it will affect down to the grassroots level of government.

So, because of the distortion of the budgetary process, that has in itself created a serious lack of attention to audit.

In the first instance, you see accounts being in arrears.

The latest you can get of state governments accounts are only up to 2017; that’s two years behind.

And you see states that have backlog of up to five or six years. And you can see the latest audit report which the auditor general conducted was an audit that was for 2016.

From 2016 to now is just three years behind.

So if someone had committed infraction three years ago, do you think it makes sense highlighting it today?

By the time you are coming out with a report, the officers involved, the channel, conduit for those funds may have translated into something else.

Why do you think the audit process is more efficient in the private sector?

Usually, the owners of businesses are not the ones that contribute the technical resources for running the business.

So, they need to know what is happening.

They need to be sure that nobody is cheating them.

Then principally, there is a major legal loophole which again, points to the fact that the state itself, even the technocrats tend to protect themselves in the laws they make on audit reporting.

I will give you one example.

In our statutes, the law does not require that an auditor certifies an account based on its correctness.

It does not necessarily require even the auditor, once he appends his signature, that he should understand he has undertaken to guarantee the correctness or the absence of fraud in the report.

Rather, the law simply requires him to express an opinion on whether the account or financial reporting is true and fair.

So, it is a relative opinion. That creates a lot of loopholes.

That makes him exonerate himself from an undertaking. And that also makes it possible for very incompetent people to operate as auditors without the requisite technical and professional training.

But, in civilized climes, the audit process undertakes what is known as the long form audit reports where the auditor undertakes and makes opinions, takes a position on every item that make up the entire accounting cycle.

And at the end, he undertakes to be exposed to any liability in event of any distortion, in the event of any fraud that shows up after the audit for which he never disclosed.

So, that serves two main purposes. The first one is that, if you are not very competent, very knowledgable in the financial process of the institution you want to audit, you don’t take up that assignment.

And when you do, you don’t work by sample. You cover as much as you can to assure yourself that there will be no further discovery, nothing you have left unchecked. So, there are a lot of issues. It boils down to first generational self-deceit.

The chairman of FIRS, Babatunde Fowler, was just queried by the presidency on his inability to meet revenue targets. In response, he blamed dwindling oil prices and the recession. Considering that the naira was devalued during this period, is his position tenable?

Why am I saying so? The FIRS is just an institution.

It is in very serious arrears in the accounting reports.

In other words, if they are not forthcoming with prompt reporting, it becomes difficult for anybody to assess any statement made by them or the government.

And if the government, the highest level of the executive is saying they are not meeting their target, that was not supported by analysis and quantitative deductions from their reporting of their operations.

So, it is not a matter of a news conference kind of situation or a pronouncement. Everyone knows the reason behind such pronouncements.

And it was very surprising to me that the chairman could make such a literal defence instead of bringing out financial reports, showing how he has been performing.

The price of oil has no business with the tax which he collects; it is not a function of that.

And it should not naturally depend on price of oil.

If for instance, you collect a lower rate of tax, and the rate of inflation is far lower than the decrease you recorded in your collection, ultimately you are better off in terms of macroeconomic assessment.

For those clamouring for restructuring, taxation is the next best thing. In response to a question on double taxation, Rauf Aregbesola, now the minister of internal affairs, during his senate confirmation defended the practice suggesting Nigeria operates a federal system. Where does the law stand?

The law is very clear on taxation and double taxation.

In fact, within the states, there are further clarifications on those that are due to local governments.

The income tax act is there. Within the states, they still collect tax from residents.

You pay tax as an employee on income you earn as a resident of a particular area. That one is clear. There is no double taxation about that.

Then as a company, corporate entity registered by the Corporate Affairs Commission, you pay your income tax to the Federal Inland Revenue Service.

The state still gets part of it because it constitutes remittances in the consolidated revenue pool, which is eventually shared by all tiers of government.

What Aregbesola must have been referring to could be those other local, road blocks and all that.

Those are fiscal nuances by those that choose to carry it out. They are more or less extortionists. Extorting money is different from collecting tax.

I don’t know the context that led Aregbesola to make the comment he made.

Most professionals, most public officers are not cut out for the work. Government is laden with a very serious, fundamental misnomer of believing that government should not do business

Would you support states being allowed to collect corporate taxes and if that happens, should the consolidated revenue account be abolished?

No. Remember, it is not only those corporate taxes that go into the account. A lot of other revenue streams go into that account.

The way it is, there is no problem with corporate tax. It is better managed the way it is because the federal government has the capacity.

They have the institutional capability to manage that process and administer those corporate tax issues.

The states will be too weak and too small to engage multinationals, big time corporations and even banks. So, it is better the way it is.

I do not support the states collecting it. That is not where our problem is. Our problem today is not availability of funds.

It is not availability of tax revenue. Our problem is endemic corruption, cancerous corruption that is extremely invasive. That is our problem.

Nigeria is currently excessively spoon fed. Most professionals, most public officers are not cut out for the work.

Government is laden with a very serious, fundamental misnomer of believing that government should not do business.

Government should not measure cost with revenue.

Government should not measure outcome with what is inputted. It is just a free for all waste. That is not governance.

We should start measuring every item of expenditure.

Government should start operating with private sector consciousness, effective measurement of returns vis a vis every item of expenditure.

That is what is going to help us. If we continue with the way we are going, it means we are expecting magic, which will never happen.