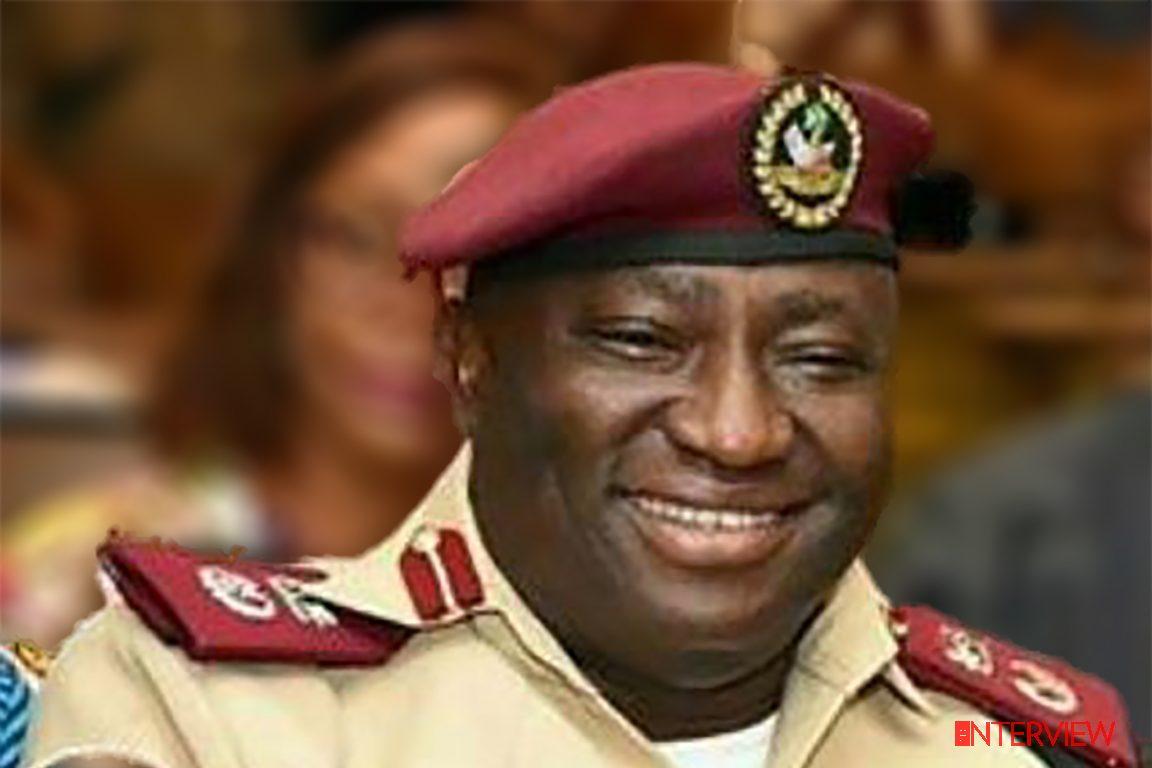 BIsi Kazeem: The essence of the entire exercise is to enhance security and improve on the available information in the database / Photo credit: Facebook
224
SHARES
ShareTweetShare
PinShareShareShareFlip

The FRSC plans to crackdown on Motorcycle ( okada) and Tricycle (Keke) riders operating without plate numbers starting August 1. Why now?

I think it’s important I let the public know that the Corps has always enforced laws on number plate violation for all categories of vehicles including motorcycles and tricycles from inception.

However, the proposed crackdown is more like a special intervention operation targeted at ensuring that all motorcycles and tricycles on Nigerian roads have visible means of identification.

The decision was necessitated by several reports of hoodlums using motorcycles and tricycles without identification to perpetuate all kinds of crime.

Another reason for the crackdown is to enhance the security of lives and properties on our roads, improve on the national database especially the National Vehicle Information System.

This is to make it easy for commuters to identify the motorcycles and tricycles they ride at any point in time. The number plate helps in information and intelligence gathering.

Do you have an estimate of how many motorcycles and tricycles operating without plate numbers?

The Corps can only give you data of registered motorcycles and tricycles in the country because we are the custodian of such information in the country.

We have at all times been a proactive organisation on all matters of national interest. So, now that it’s time to strike a bit harder, the Corps has courageously risen to this challenge

You have mentioned the rising level of crimes committed by Okada riders. Is it just coming to the FRSC’s notice?

Security agencies in the country work in synergy and collaboration to fight crime and ensure a peaceful coexistence for the citizenry.

Our role in this regard is in the area of information and intelligence gathering.

Other agencies have their roles to play but FRSC must always maintain professionalism and work within its mandate and that is what we are doing.

We have at all times been a proactive organisation on all matters of national interest. So, now that it’s time to strike a bit harder, the Corps has courageously risen to this challenge.

But why, in the first place, did you allow them to operate without plate numbers against provisions of the law?

The Corps has never allowed any of them to operate without the number plate and you know we can’t do that. Most of these motorcycles and tricycles operators often use the connector roads.

They ride within the streets and other interior roads and the Corps does not patrol in streets.

Our patrol teams are usually visibly positioned on the highways and expressways and these categories of road users don’t apply those routes.

Even when they do, knowing they don’t have the number plates and other essential documents, when they sight our men, they often take other routes.

How would you ensure that this won’t end up a revenue generating exercise and after two or three months things will go back to normal?

No no no! Not at all. For the record, FRSC is not a revenue generating agency. We are an organisation with a mandate to create a safe motoring environment in the country.

The essence of the entire exercise is to enhance security and improve on the available information in the database.

How do you ensure that your officers and other law enforcement agents don’t use this ban to extort the operators?

The Corps Marshal’s administration runs on a tripod of Consultation, Reward and Punishment, as such that has been taking care of both in the operational front and administratively.

There is an internal regulatory mechanism that regulates such excesses and I assure you that the exercise will not be abused at all.

What steps are you taking to sensitise the operators adequately before the ban takes effect?

The Corps Marshal has issued a directive to all Commanding Officers mandating the Public Education Officers in the field to swing into action with immediate effect.

Also the Corps is utilising all media platforms to communicate the message and I believe we are on track.