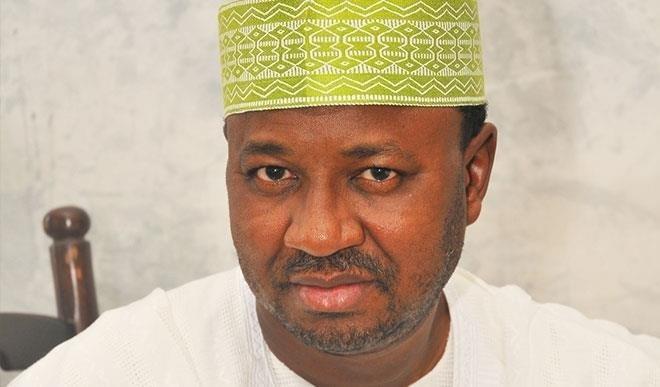 Dr. Umar Ardo, a historian and former lecturer of political science at the Nigerian Defense Academy, explains why Nigeria has been able to go 20 years without military intervention. The judiciary and political parties, he says, are so far the weakest links in the democratic journey:

Nigeria has gone 20 years without military intervention. What have elected officials done differently to keep the military at bay?

It is not mainly because of the actions of elected officials that the military intervened. The military have overthrown other military governments.

That is why today, military rule is not fashionable. Why? Because of the collapse of the communist system and the so called supervening of liberal democracy.

So, the whole world is going democratic. It is no longer fashionable to have dictatorships in the form of military regime. And that is why we survived this long.

How has the downgraded role the military is playing in Nigeria’s politics affected its operations and how it seen seen by the public?

The military as an institution is central to the survival of any country.

Its two main responsibilities are to suppress internal insurrection, which so far it has not been able to do, in the case of Boko Haram; in the case of banditry, the case of militancy in the Niger Delta, it has been largely successful.

There are many internal insurrections across in Nigeria. The military has not been able to suppress them effectively.

Secondly, to prevent external aggression. We have never been invaded by an external force. I do not know what you mean by how they relate with Nigerians.

In fact, there is the view that because of military action on Boko Haram people, that precipitated the insurgency in the first place.

The military went ahead and was killing them and then the people revolted. There are those in the Niger Delta who said the military got into their places and killed many people.

So in areas of operations, military, civil relationships have not been cordial at all. That I have been reading in the papers.

But where there is no operations, I don’t think there is anyone going to the barracks to go and cause problems for the military.

The military doesn’t come from the barracks to go into civilian areas to go and cause problems. It is only where there are operations that we now examine their relationship with the civilian population and it has been bad.

Has the two decades of democracy come at a cost in ethnic and religious conflicts? There relative unity when the military ruled.

Don’t forget that religious uprising and ethnic uprising started mainly with the Kafachan riot of 1987 or December 1986.

And since then, it has been increasing. And it was under military rule. Don’t forget that religious uprising, the Matatsine crisis, happened in 1984 under President Buhari.

But I agree that the intensity is higher under civilian rule because some politicians will now use religion, use ethnicity in order to advance their political cause.

And because of that, it raises religious and ethnic tensions, which because of our society, the system cannot withstand the threat of these pressures. So, it bubbles into conflict. But they happen under military and under civilian, they happen.

When you have a weak political party, either as a non-compliance to rules and regulations, and the constitution of the party or as a result of circumvention of these rules a players, then you will have unlawful party leadership

The central reason why you have this conflict between the legislature and the executive is because we have weak political parties.

Don’t forget that no person is elected into office either at the legislative or the executive level without being sponsored by a political party.

It therefore tells you that the political party is the most crucial institution in a democracy.

When you have a weak political party, either as a result of non-compliance to rules and regulations, and the constitution of the party or as a result of circumvention of these rules by players, then you will have unlawful party leadership.

So, you will definitely have problems between the executive and the legislature in government so long as you have parties that are weak, that are not constitutionally strong, that are corrupt and insensitive to the laws that established them.

How has the ability of party members to move from one party to another and still retain the offices they were elected to, impacted on the strength of the parties?

That is because we don’t have a judiciary. The constitution is very clear. For the legislature, I think for the national, it is Section 69 (1d).

But all over the country, people move out without them resigning. We have seen it happen all over. The Speaker of the House of Representatives moved from PDP to APC without resigning his position.

And there is no court to enforce it. When you go to court, the court usually does not look into these things because the judiciary itself is corrupt and weak.

I have litigated 11 cases and not one judge ever looked at the substance of the cases brought before them.

Not because the issues I put before the courts are weak. They are fundamental issues. But the Nigerian judiciary turned its back on it.

Why? Because they don’t want to ruffle the interest of the executive. Let us let sleeping dogs lie. That is the position of the Nigerian judiciary.

Where you see the judiciary act, it is a fight between members of the executive.

If two members of the executive fight, then it will take a position.

On the agitation for restructuring, will the return to regional governments improve governance? Will it unite or further heighten ethnic and religious tensions in the country?

We have created so many structures, we have restructured so many times, that the original is itself distorted and it is impossible to return to it.

So those are talking about restructuring, they should come out with a very clear position as to what is the structure.

If you tell me that let us devolve power among the various tiers of government, I agree. If you say let us have state police, I agree.

If you say let us have resource control, I agree. If you say, let us give power of national infrastructure, you take it to the local government, these I agree.

But when you talk of administrative restructuring, you are just talking hallow because Nigeria started as a protectorate.

We moved to regions, we moved to states. We moved to local governments. There have been restructuring all through.

Yet, the problem is there. That is to tell you, it is not about restructuring. It about the practitioners.

No matter what you introduce, if the practitioners are the same people and do the same thing they are doing, there is nothing we can do to change them.

It is not that we don’t have laws.

We have good laws in the country. But who obeys the laws? When the court says the president should release somebody from detention and the president refused to release that person, then what is the essence of the law?

Where is the law? So it is not the law. It is the disobedience of the law that is the problem.