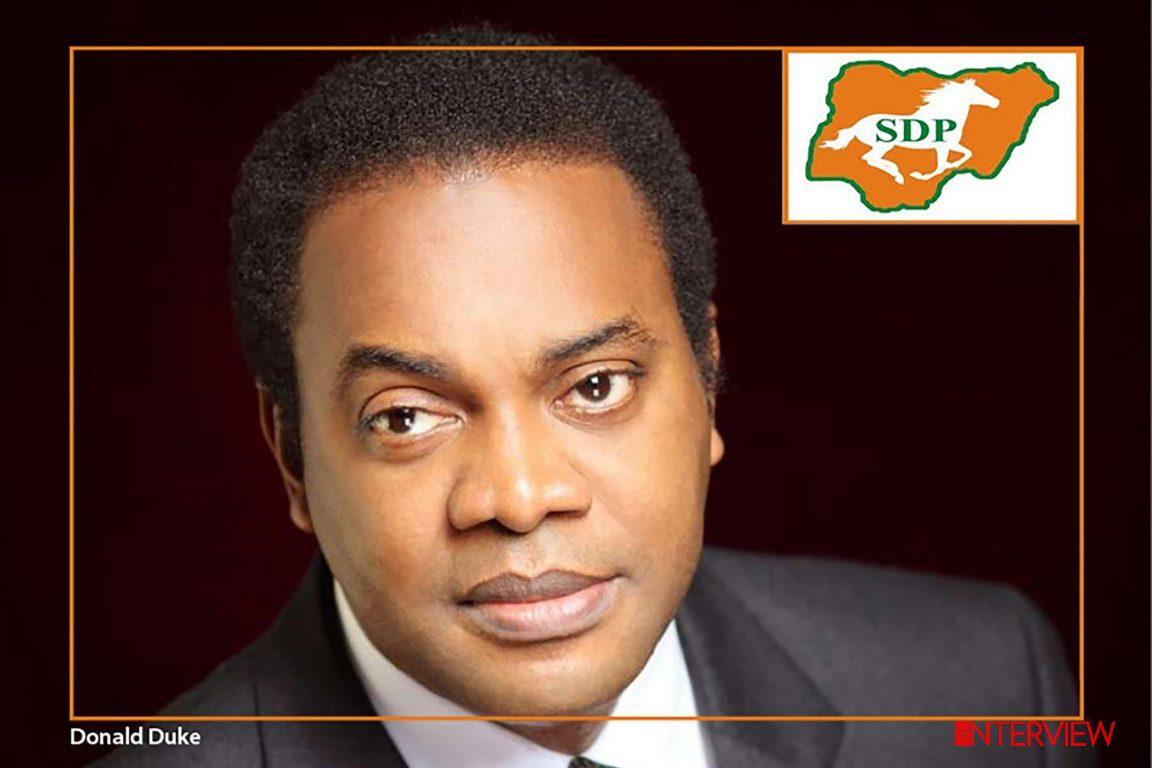 Security:
He is an advocate of local policing but believes the insecurity affecting most parts of the country is largely a result of unemployment. This he plans to tackle head-on.

Economy:
He is promising double-digit growth, to reduce the interest rate and invest in alternative sources of energy. He also plans a subsidy on gas, which is currently being wasted, as a means to create jobs.

Education:
Free education is what he is promising. For Duke, the entire education system needs reform. He wants to rewrite the curriculum, retrain teachers and adopt modern teaching methods. He also subscribes to the UNESCO recommended 26% budgetary allocation to education.

Health:
He wants 35% of the budget devoted to healthcare, and plans to build one primary healthcare centre for every 5,000 people.

Corruption:
The fight against corruption has so far not featured in his campaign or policy positions.

He is a man with a plan, a man with ideas, and he has the track record in governance to prove it.

He’s running on a platform that does not have structures in every nook and cranny of the country. He’s also at a disadvantage, coming from the south-south – political power left the region only recently.