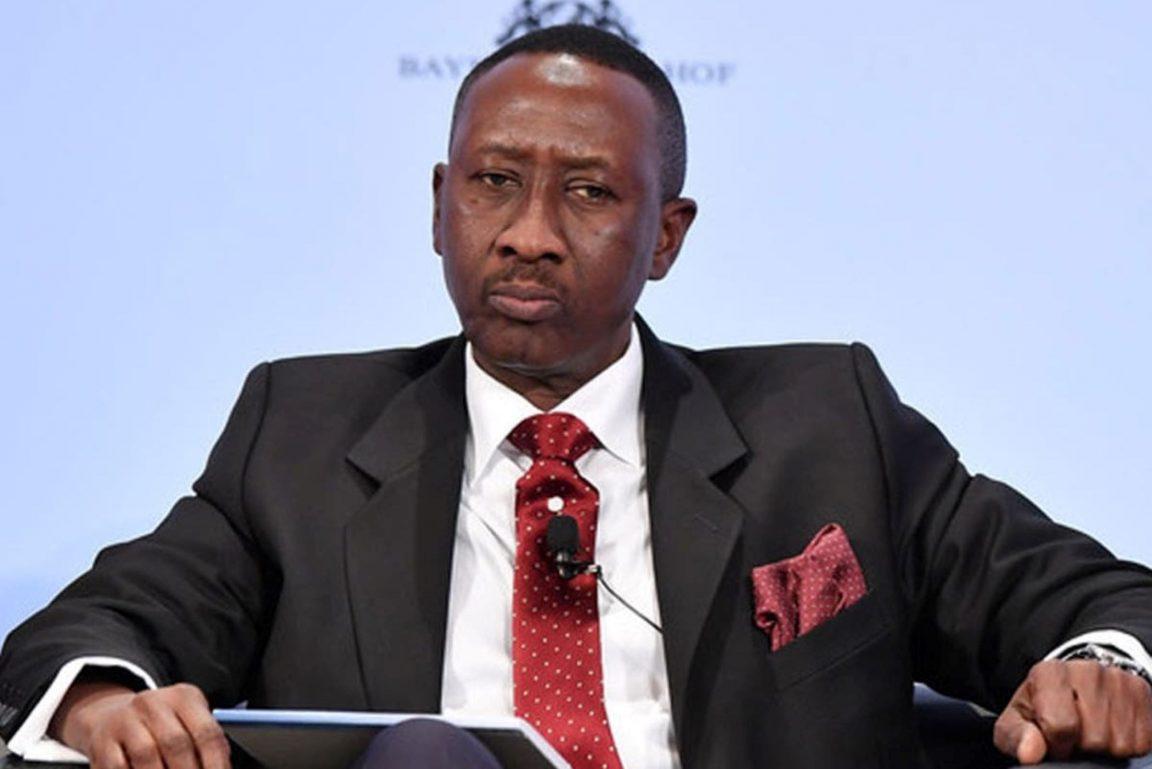 We are not fully there yet, but anyone that is honest and not filled with bile against the government of the day will agree that very significant advances have been made in the past year against the insecurity that had beleaguered the country for more than one decade.

Is the Eid-el-Kabir not behind by many months?

Is Christmas not ahead by a couple of days?

There were years we used to approach those festivities with trepidation, sepulchral feelings of death and doomsday.

But we are thankful to God that things have improved with us security-wise, and would still get better.

The name Ekwueme in Igbo, I am told, means someone that promises and fulfills. Someone who pledges and delivers.

President Muhammadu Buhari came in 2015, vowing to secure the country, and sustain her unity.

He has equally promised to bequeath a more secure country to his successor than the one he inherited in 2015.

The President is Ekwueme. He has delivered, and will yet deliver more on his avowals.

The National Security Adviser, Major General Mohammed Babagana Monguno was recently our guest at the weekly State House Press Briefing, to give updates on the security situation in the country. And what a revelatory, assuring, and comforting session it was.

And that is why we can approach Christmas, not with the usual sense of foreboding, but with the joy of the season kindled in our hearts, and a sense of security and well being in our good God.

What did the NSA tell the media and the country? A lot.

‘As you are aware, Nigeria was at a critical period of its history in 2015 when President Buhari’s administration commenced work. In the North East, Boko Haram Terrorists were in control of a sizable portion of territory with the intention of establishing dominance to spread their extremist ideology. Relatedly, the North West was characterized by activities of bandits which drew persistent concerns from the citizenry, while conflicts involving pastoralists and farmers in the North Central were rife and aggravated already existing tensions between communities.

“In the Gulf of Guinea, Nigeria was declared a high-risk area, due to high incidents of piracy and kidnappings of seafarers. In addition, separatist agitations in the South East emerged, with the irredentists adopting guerilla tactics against security forces and law abiding citizens. Thus, it is against the backdrop of these aforementioned issues, that Mr President made Security one of the core pillars of his administration.”

General Monguno painted a perfect portrait of the situation in the land, making you wonder how much troubles a country can cope with.

The Good Book talks of the days of Jacob’s troubles. Was this it? But that hasn’t come. Not yet. However, what subsisted was quite akin to it. T

rouble, trouble everywhere. North, South, East, West. You could only pity whoever was leading the country at such a time.

It was daunting, enough to distract, dissuade and discourage any leader.

But President Buhari was up to it. Was he not the young army officer who fought a war of unity between 1967 and 1970, not leaving the battlefront for a single day?

Hadn’t he served in Congo before then, surviving close shaves with death? And as a military commander, hadn’t he resisted an incursion on Nigerian territory by Chadian troops, chasing the invaders several kilometers into their own country, before he was called back by the then President Shehu Shagari? “We gave them bloody noses,” he once recalled of that encounter, while speaking to us about it at the Federal Executive Council meeting.

So, when Buhari came as President in 2015, Nigeria was in good hands. But it was no tea party. Not by any means. For almost eight grueling years, the old warhorse has been at it, knocking sense into the heads of insurgents, bandits, kidnappers, secessionists, and other violent criminals, speaking to them in the language they understand.

How does the NSA analyze the security situation in the land now?

“Let me state that the security situation in this country has significantly stabilized, especially in the last one year, notwithstanding isolated cases of attacks by various categories of criminals across the geopolitical zones. This stabilization was largely achieved through strengthening of inter-agency collaboration among the intelligence and security agencies as well as engagements with our regional and international partners.”

What were the measures taken to pull the chestnut from the fire, and restore confidence and hope in Nigerians?

Many measures, particularly what the Security Chief called “Whole of Government, and Whole of Society Approach.” More about that later.

For the challenge of insurgency in the North East zone, hear the NSA: “Counterterrorism and counterinsurgency operations have continued to record appreciable successes based on sustained offensives in the theatre. Operation HADIN KAI in conjunction with the Multinational Joint Task Force has significantly degraded the insurgents’ capability, and many key terrorist leaders have been neutralized, while there has been surrender of terrorists and their sympathizers… On October 1, 2022, the Borno State Government celebrated Nigeria’s 62nd Independence Anniversary for the first time in 12 years.”

Separatist agitations? “The Indigenous People of Biafra (IPOB) and its militia wing, the Eastern Security Network (ESN)have emerged as a very potent separatist group in the country, and equally a major threat to national security. However, their activities are being significantly curtailed as there is now a marked decline in the number and scale of attacks, due to increased security operations. Apart from the reduction in attacks, some of the group’s key commanders including IED experts have been arrested, while major camps have been destroyed. Overall, security forces are gradually stabilizing the socio-economic landscape in areas where IPOB terrorized law abiding Nigerians in the past. These efforts are being sustained by the Armed Forces and other security agencies.”

The NSA spoke on piracy, and how the country reversed the infamous reputation she had suffered.

The battle against oil thieves. Some policy frameworks and key establishments placed by the Federal Government to address insecurity in the country.

The battle to enhance cyber security.

Establishment of the National Counter-Terrorism Centre, the National Centre for the Control of Small Arms and Light Weapons, and many more.

What are the key drivers of insecurity in the land? The NSA should know.

And he gave them as menace of drug trafficking, which the National Drug Law Enforcement Agency under Gen Buba Marwa is battling robustly, illiteracy, porous borders, influx of illegal arms and ammunition, and many others.

How did he wrap up?

“I must mention that dealing with the drivers of insecurity requires a ‘Whole of Nation Approach’ which will entail a ‘Whole of Government’ and a ‘Whole of Society Approach’. The Whole of Government Approach will include the sincere efforts of all arms of government (Executive, Legislative and Judiciary), while the Whole of Society Approach will include the combined efforts of all members of the society such as the Civil Society Organizations, parents, traditional and religious leaders, youth and the populace at large.”

Now, the question is; do we have the Whole of Society Approach yet? By no means.

You hear so-called activists, talk show hosts and commentators on TV, radio social media, running down our security agencies, talking daily of ‘worsening insecurity,’ when things are in fact improving.

Most of them think they are running down the Government of the day, not knowing that it is, indeed, the country they are weakening and pulling down.

As I said at the beginning of this piece, the job is not fully done yet.

But it has been accomplished to a large extent. And because with God, nothing shall be impossible, it may yet be fully done before the Buhari Administration weighs anchor next May 29.

I end with the positive words of Gen Monguno: “I am optimistic that as we sustain the current tempo of intelligence-driven kinetic and non-kinetic operations, we shall achieve the desired degree of peace, security and prosperity for the nation.”

Amen and amen. May we have a peaceful and quiet season.

Merry Christmas to all.