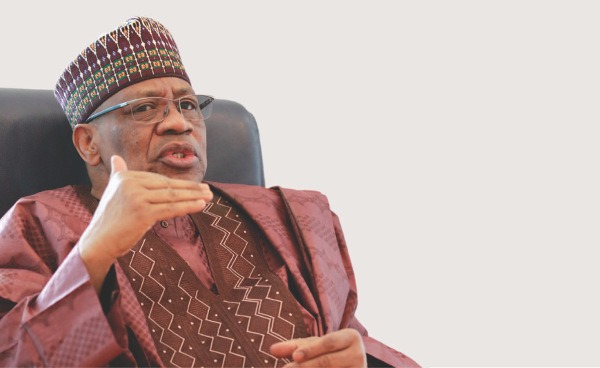 Once upon a time, a soldier by the name Ibrahim Babangida ruled Nigeria.

He greatly disrupted life through manipulation, lies and deception, such that he was named Maradona – after Diego Maradona, the great footballer who used his hand to score a goal at the 1986 World Cup.

Babangida was a general in the army who rose to power through a palace coup a year before Maradona cheated.

He assembled and dispersed an army of technocrats as he tinkered endlessly in the eight years that took Nigeria through massive backward transformation from which the nation has not really recovered.

Former President Olusegun Obasanjo probably gave the best description of Babangida, saying if the former dictator greeted you “good morning,” you had to step outside to verify the time of the day.

In a reminder to Nigerians of his survival, Babangida granted an interview to Arise TV, where he narrated false stories that he was famous for telling.

Most significant was his account of the June 12 1993 election annulment that threw the nation into a complete disorder.

It was another lie, upon many lies he has been telling for much of his life.

The former dictator would have us believe he did a very good job and saved Nigeria by cancelling an election that had already been concluded because the winner was so disliked by the military class that they would have revolted against democratic rule.

IBB got away with murder, literally and figuratively, until it was one too many in June, 1993, when he annulled the result of one of the most peaceful and accepted elections

“If it materialised, there would’ve been a coup d’état, which could have been violent. That’s all I can confirm. It didn’t happen thanks to the engineering and the ‘Maradonic’ way we handled you guys in the society. But that could’ve given room for more instability in the country’, he said.

So, in his extreme wisdom, IBB annulled the election.

Many Nigerians are too young to know who Babangida is, and may fall to his tricks. He was known not just as the father of corruption, but the one under whose leadership the Nigerian sense of decorum and honesty gave way to deception and “hidden agenda.”

IBB’s attempt at rewriting history in the twilight of his life is ostensibly based on a calculation that half of Nigerians were not alive when he committed atrocities that remain an open scar upon the nation.

Just when we thought Nigeria could finally walk away from the heap of rubbish from our past, the former dictator, who created most of it, attempts to drive us back to the dump.

The intent of this writer is to ensure history and truth are preserved.

We should not be mute in the face of a blatant attempt to commit our minds to a false account of the Babangida years.

Babangida is a tragic story that keeps retelling itself. But he cannot be permitted to prey upon our collective memory and intelligence.

IBB got away with murder, literally and figuratively, until it was one too many in June, 1993, when he annulled the result of one of the most peaceful and accepted elections.

All attempts to force him to accept the will of the people was ignored. Instead, he shot protesters on the streets and closed national newspapers.

Under sustained pressure from within and abroad, Babangida was disgracefully removed in what he called “stepping aside.” He could never return to power, though he tried.

He has since been unrelenting in painting a different picture of his failures, changing his story every few years in defense of his greatest atrocity – upturning democracy.

He wants us to believe, 28 years after, that if the winner of that election, billionaire businessman, Mr. M.K.O. Abiola, had been handed his mandate, Nigeria would have been thrown into violence.

At the time of the cancellation of the June 12 election, IBB’s excuse was that Nigeria owed Abiola’s businesses too much money and his victory amounted to a conflict of interest, a fact that did not matter when he allowed Abiola to contest the election

.
Abiola, who later lost his life in an attempt to actualise that mandate, was loved across the nation. As Nigeria’s richest man, Abiola was known for his unmatched generosity. He could have called any part of Nigeria his home.

No one hated Abiola as Babangida claims.

That’s a lie that cannot be allowed to stand. In fact, Abiola was a good friend of Babangida. But IBB loved no one – as illustrated by his execution of his best man and best friend, General Mamman Jiya Vatsa.

At the time of the cancellation of the June 12 election, IBB’s excuse was that Nigeria owed Abiola’s businesses too much money and his victory amounted to a conflict of interest, a fact that did not matter when he allowed Abiola to contest the election.

In his rationalisation speech in 1993, Babangida’s excuse then was that he could not allow the results to stand because of the influence of money in politics, saying: “Evidence available to government put the total amount of money spent by the presidential candidates at over two billion, one hundred million naira (N2.1 billion).

The use of money was again the major source of undermining the electoral process.”

He also made claims such as violation of rules and “moral issues.”

While admitting that the election was “free, fair and peaceful,” he contradicted himself in the same speech by alleging “electoral malpractices virtually in all the states of the federation before the actual voting began.”

Walter Scott famously described IBB’s dilemma, saying, “Oh what a tangled web we weave when at first we start to deceive.” IBB has built a massive web from which he will never untangle himself, except he just tells the truth and apologizes to Nigerians for introducing turbulence into their lives.

Babangida can try to embellish the facts, but the truth will not change. He was a corrupt, selfish, greedy, power-grabbing army general, who prioritized his hunger for power above the interest of Nigerians.

June 12 is a burden that will weigh upon Babangida’s soul until his death.

When he was forced out, IBB gave power to an equally power-thirsty alter ego, General Sani Abacha.

It was Abacha who eclipsed the three-month contraption called the interim government of Mr. Ernest Sonekan that Babangida left behind. Abacha, quickly sacked Sonekan as intended and placed Nigeria under terror for another six years.

The violence that Babangida claims he saved Nigeria from is exactly what Abacha unleashed, when he assassinated opposition leaders, including Abiola’s wife, in an attempt to maintain power by brute force. Many were forced to flee.

The June 12 election is not the only sin Babangida needs to seek forgiveness for.

During his regime, one of Nigeria’s top journalists, Mr. Dele Giwa, was brutally murdered by the government.

Had IBB been bold to appear before the Justice Chukwudifu Oputa investigative panel as he did at Arise TV recently, he would have been able to contest the finding of the panel that:

“On General Ibrahim Babangida, we are of the view that there is evidence to suggest that he and the two security chiefs, Brigadier General Halilu Akilu and Col. A. K. Togun are accountable for the death of Dele Giwa by letter bomb. We recommend that this case be re-opened for further investigation in the public interest.”

It was also during Babangida’s rule that the root for Nigeria’s ultimate decay was planted.

The phenomena of Yahoo Boys and 419 germinated since runway corruption became accepted as the order of the day. He created a decadent Nigeria, a beast that no other administration could control.

The Pius Okigbo Panel report was a serious indictment of the Evil Genius, in its account of how $12.4 billion oil revenue was mismanaged over six years under Babangida.

The nuisance that produced the Hushpuppis is believed to be a by-product of the IBB era, where corruption with impunity and excessive theft in the public and private sectors became normal

The report said, “In 1988, the President (Babangida) authorised the dedication of crude oil … for the finance of special priority projects.

“Altogether, $12.4 billion was received into these accounts from 1998 to June 1994, all of which have been spent leaving a balance of $206million as at the 30th of June, 1994…. The problem with these accounts is that even when revenues were shown globally, as in the case of dedication account, the expenditures were not included in the Federal Budget.”

This was one of the most massive thefts of public funds in Nigeria.

Under IBB, money laundering became an official practice. In 1991, an international bank called BCCI was exposed for unprecedented financial crimes.

Many governments shut down the bank’s operations in their domains, except in Nigeria under General Babangida. His corrupt military administration worked out a deal where the bank, controlled by his close friends, changed its name to Africa International Bank.

The nuisance that produced the Hushpuppis is believed to be a by-product of the IBB era, where corruption with impunity and excessive theft in the public and private sectors became normal.

If Ibrahim Babangida’s birthday should be celebrated by Nigerians, then August 17th of every year should be declared the day against corruption, deception and dictatorship.

That should be the legacy of the man who destroyed Nigeria. He has earned it. He should carry it into his grave.