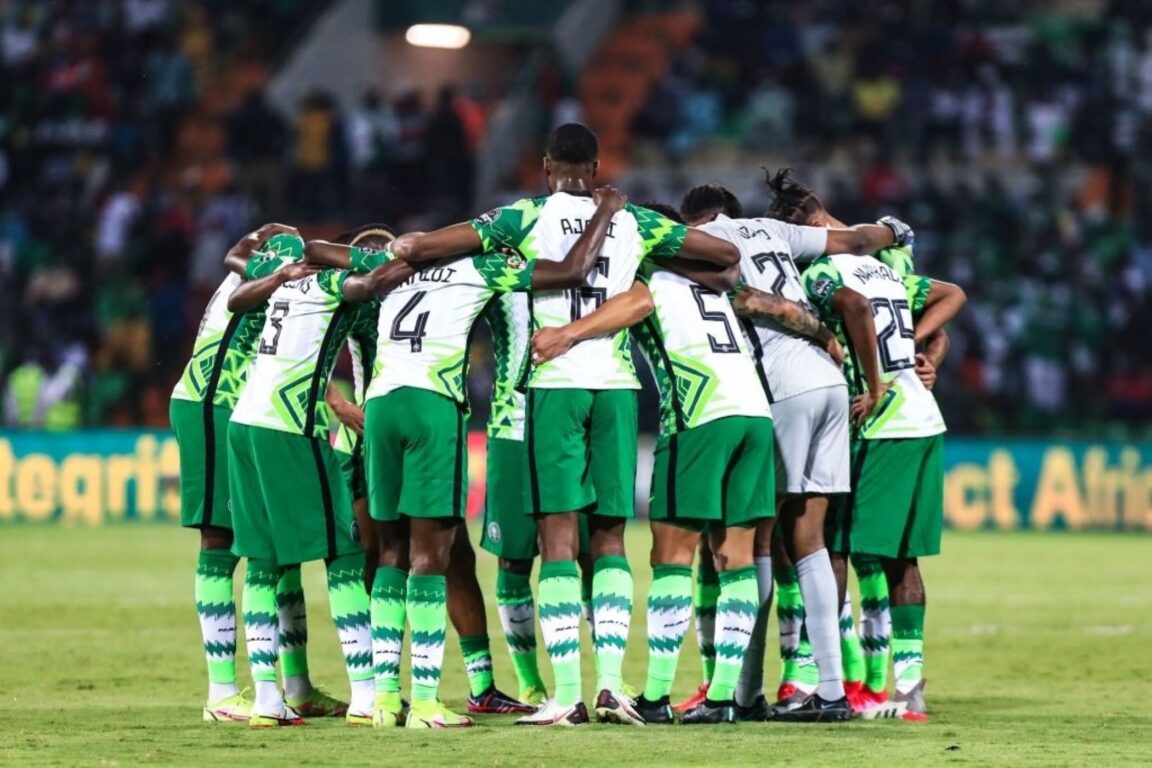 Loving Nigeria’s national soccer team, the Super Eagles, is like being in a bad marriage.

Your heart is broken many times, yet it’s hard to walk away.

There’s a lingering, almost redemptive feeling that just one more try, and it’s going to be alright. But it never is – or has not been for nearly a decade.

It happened again. Hearts were broken on Sunday and millions of fans are still trying to pick up the pieces after Nigeria was beaten 1-0 by Tunisia in the ongoing African Cup of Nations (AFCON) in Cameroun.

It was an unlikely outcome.

Nigeria had started on a very good footing, winning all three-group stage matches and posting perhaps one of the best overall performances among the 24 countries, which included Algeria and Senegal, the continent’s best FIFA-rated countries.

Nigeria’s opening games were so good, and a few of its players like Moses Simon, Joe Aribo and Wilfred Nididi, so outstanding that political campaign-minded strategists of Vice President Yemi Osinbajo, improvised a skit from the performance in which Osinbajo sounded like Peter Drury rendering the English Premier League.

Before Sunday’s match, over-the-moon Super Eagles fans had, in fact, started forecasting that the team would not only reach the finals, it could potentially win the cup.

The catastrophic exit of perennial rivals, the Black Stars of Ghana, at the group stage, sweetened the triumph of the Super Eagles, provoking disparaging memes and beggar-thy-neighbour comparisons.

Not only are the Super Eagles out of the Nations Cup, the chances that they would defeat Ghana in March to secure the World Cup ticket, are even in doubt

.
After nine years, it seems, the Nations Cup would return to Nigeria for the fourth time, not only improving the country’s FIFA ranking, but also cementing its hopes for a place in the World Cup in Qatar in November.

Now, all of that is up in smoke and like forlorn lovers, millions of fans who decided to believe again, to give the Super Eagles another chance, are nursing broken hearts.

Not only are the Super Eagles out of the Nations Cup, the chances that they would defeat Ghana in March to secure the World Cup ticket, are even in doubt.

And typical of what happens when love sours, angry fans are throwing everything, including the kitchen sink, at the grounded Super Eagles.

Some are blaming President Muhammadu Buhari’s pep talk with the team on Sunday before their Tunisia game for the defeat.

In Buhari’s seven years in office (his first incarnation 1985 being an exception of course when Nigeria won the FIFA under 16 soccer championship), Nigeria has not won a soccer medal of any description — gold, silver, bronze or wood.

He has no business, they say, calling the team before a crucial game and spreading bad luck.

The more charitable among the unhappy fans, especially the religious minded, have quickly modified their position, inventing a moral lesson about the Super Eagles defeat.

Comparing them with the Tunisians who started poorly but have advanced to the knockout stages, these fans have reminded us that starting well is not as important as finishing well and strong – a lesson they conveniently forgot when the Super Eagles won all first three group stage matches.

There’s a version of the explanation for the Super Eagles’ defeat that I find irresistible: it’s the political economy of soccer which activist lawyer, Chidi Odinkalu, extracted from a book and shared like an olive branch to soothe combatants and broken-hearted soccer fans alike.

The book, by Franklin Foer, is entitled, “How soccer explains the world: An unlikely theory of globalisation.”

While the superstitious are blaming Buhari’s call for the Super Eagles defeat and the religious minded are improvising moral lessons from it and a large tribe of fans are simply angry at a missed opportunity to escape their current economic misery, this might just be a good time to begin to ask for and do what needs to be done if we want a different outcome in future

In its afterword, the book says, “If a nation heavily exports oil – Nigeria, Russia, Mexico, Norway, the Gulf States, Iran – it is doomed to underachieve.

When an economy can generate wealth so easily, even if that wealth only flows to a small oligarchy, a country can get lazy, thinking that riches will forever flow naturally to it.

“Political scientists call this the ‘paradox of plenty.’ And on the pitch these countries lack a winning temperament and an innovative mind-set. No oil-rich state has made it to the semifinals.”

You can quarrel with Foer all day, but the 92-year-old history of the World Cup is on his side as is the history, to a large extent, of the African Nations Cup.

Ghana is next with four wins – and then, oil happened.

In fact, as if in a homage to Foer about oil’s debilitating effect on the brain, out of the 14 previous AFCON winners only two – Nigeria and Algeria – are major oil exporting countries.

While the superstitious are blaming Buhari’s call for the Super Eagles defeat and the religious minded are improvising moral lessons from it and a large tribe of fans are simply angry at a missed opportunity to escape their current economic misery, this might just be a good time to begin to ask for and do what needs to be done if we want a different outcome in future.

The Cameroun outing was a defeat foretold, but Nigeria does not have to be an eternal hostage to the paradox of plenty.

And Brazil, a major producer, resource-rich and record five times winner of the World Cup (though not a heavy oil exporter), has demonstrated it is possible to beat the paradox of plenty.

A good place to start remaking the story would be to revamp the domestic league.

Nations that do well in soccer – and indeed in other competitive sports – tend to have a fairly well organised and managed domestic league, which attracts talents from home and abroad.

In its current form, Nigeria’s domestic league is a confluence of government’s inefficiency and a playground for desperate, raw talents.

Seventeen out of the 20 clubs in Nigeria’s Premier League, for example, are owned by state governments.

This is a reversal of the trend in the heyday of soccer when leading clubs such as Stationery Stores, Bendel Insurance, IICC Shooting Stars, Abiola Babes, Ranchers Bees, BCC Lions, Mighty Jets, were private concerns, with Rangers International of Enugu being the notable exception.

Over the years, the corrupt hands of government and politics have infiltrated the game, creating a cesspool of patronage and corruption. It’s time to free the space.

The national team has benefited from the infusion of talents playing in foreign leagues, especially in Europe, staving off what could have been a more rapid decline of the game.

But without a largely privately managed and truly professional domestic league, the pipeline for talent supply would continue to shrivel and the growth of the game stunted.

Soccer is a tribal game, but even tribes bend to market rules. As things are today, local conditions are not only hostile to these rules, entrenched state interests abhor them.

Unless something is done immediately, Cameroun won’t be the last heartbreak story.