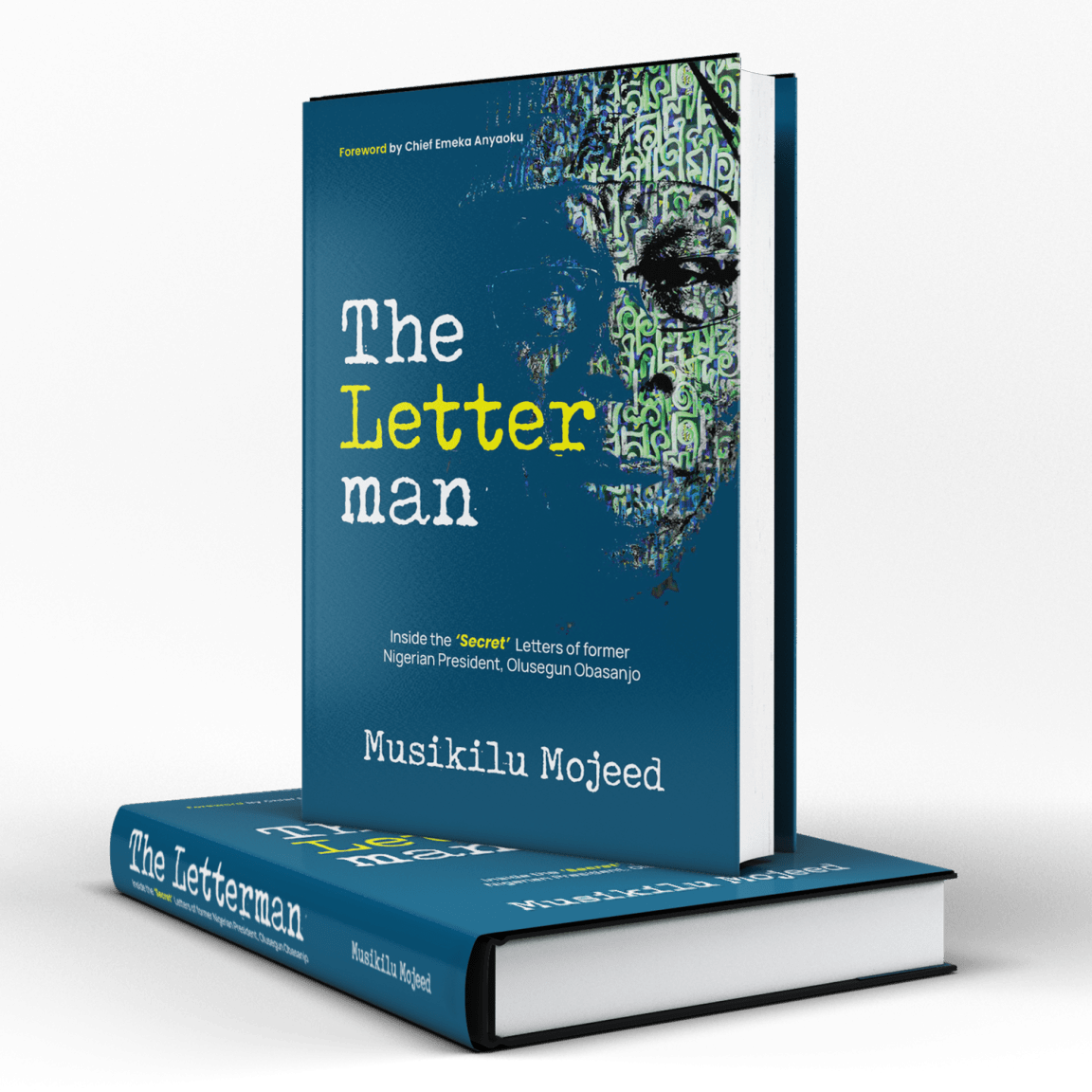 If there was a prize for Nigeria’s number one letter writer, journalist-turned-lawyer and one-time minister, Tony Momoh, would appear to be the undisputed champion.

His extensive and elaborate undertaking later packaged as a book entitled, Letters to my Countrymen, was, to put it mildly, a labour of misery. It was a thoroughly thankless job.

But how can Momoh’s letters ever hope to compete with those of former President Olusegun Obasanjo?

It’s not about differences in the audiences alone.

There are also significant differences in approach, temperament, style, context, message and, of course, potency.

Momoh may get the prize for the most consistent cabinet minister who tried to endear a largely despised government to the public through regular correspondences later codified.

But the record of the most controversial, most volatile — and some might even add, most annoyingly pontifical epistles — may deservedly go to Obasanjo, a medal that only his daughter, Iyabo, attempted in vain to snatch in just one devastating piece of literary ambush.

It would seem that this was a latter-day hobby, cultivated in the last one and a half decades or so after Obasanjo was accused of behaving as if he left something behind in office.

But a new book by Nigeria’s foremost investigative journalist, multiple award-winner, and Editor-In-Chief of Premium Times, Musikilu Mojeed, suggests very clearly that Obasanjo’s love of letter-writing has been a life-long indulgence.

Mojeed’s new book, The Letterman, an enthralling narrative in presidential history, provides rare access into the literary closet of a man loved and despised almost in equal measure, but who remains – like him or not – perhaps the most consequential leader in Nigeria’s turbulent 62-year history.

As far as good occasionally comes from bad, it is gratifying that the Obasanjo Presidential Library, which was built with over N6 billion largely from cronies rounded up in Obasanjo’s last days in office in defiance of public criticisms, is turning out to be a treasure trove of extremely valuable historical stuff.

Until I read The Letterman, I wasn’t quite sure who the real letterman was — whether it was Mojeed, a journalist with well over two and a half decades of extraordinary variety of stories — or Obasanjo whom most might be forgiven to think used Babangida as first target-practice at letter-writing.

From head of State Yakubu Gowon to President Shehu Shagari and from Babangida to Sani Abacha and even first premier of the Western Region, Obafemi Awolowo, and a number of foreign leaders, Obasanjo never shied away from telling them, in writing, exactly what he thought, sometimes even at considerable personal risk

From the account in The Letterman, however, by the time Obasanjo took on Babangida in the public arena around the mid-1990s, the former president was already an accomplished author of sorts, with a fairly large and even dangerously vitriolic collection to show for his long-standing talent.

Apart from letters written to him by his parents 70 years ago, he started cultivating his love of correspondences as far back as over five decades ago.

In Mojeed’s words, “Obasanjo’s records show that he has been writing to almost every key person who played important roles in the affairs of Nigeria, Africa and the world since 1969.”

From head of State Yakubu Gowon to President Shehu Shagari and from Babangida to Sani Abacha and even first premier of the Western Region, Obafemi Awolowo, and a number of foreign leaders, Obasanjo never shied away from telling them, in writing, exactly what he thought, sometimes even at considerable personal risk.

His letter to his superior officer, Brigadier Eyo Okon Ekpo at the height of the Nigerian civil war in 1969, for example, made me wonder if many officers who were compelled to fight Boko Haram with bare hands at some point during the insurgency, would have dared to think of, much less compose, such a letter.

And what did Obasanjo have against his superior? While the war raged, Brigadier Ekpo had managed to enroll as a part-time law student of the University of Lagos. Obasanjo found out.

Instead of enriching the rumour mill with his own version of gossip, he wrote his boss questioning the propriety of his decision in war time, when other officers who could also squeeze out spare time for a past-time sacrificed it for the country.

Yet, credit must also go to Brigadier Ekpo who, instead of taking offence (Major General Mamman Vatsa was executed for reasons that remain unclear), took the criticism in his stride, saying, “I will continue with my reading, and any officer or individual who does not like it may please himself.”

There’s no indication what Obasanjo did after that.

But that encounter certainly did not impair his appetite for throwing punches above his weight.

He landed a literary blow against his army chief, Brigadier Hassan Katsina, who had expressed concern about some changes he was making in his Division. Obasanjo said, in writing, to his boss, that he was “disappointed and disturbed” that his boss should express apprehension based on a suspicion of tribalism.

Obasanjo did not spare his commander-in-chief, Gowon.

During the war, for example, he wrote “at least four unsparing letters”, accusing the military authorities of tempting defeat by sleepwalking over his request for vital war equipment supplies, a charge that, if the shoe had been on the other foot, Obasanjo would hardly have taken with the calmness with which Gowon treated it.

But Obasanjo being Obasanjo, neither personal safety nor sense of danger matters when national unity, reputation — or as it sometimes turns out, personal ego — is at issue.

In about 130 published and previously unpublished letters and mimeographs, with a collection of a few rare photos of the former president laid out in 462 pages of 25 chapters, The Letterman is a story of Obasanjo’s odyssey through his personal letters.

Hardly a man of few words when he chooses to write, perhaps the longest of the letters in the book was Obasanjo’s response to Major James Oluleye, who upon the outbreak of the civil war decided to voluntarily forgo his scheduled staff course in India and requested, instead, to be posted to the warfront.

The erstwhile National Chairman of the People’s Democratic Party (PDP), Audu Ogbeh, had his fair share of Obasanjo’s lengthy epistolary attack too, which eventually ended in his removal; but Oluleye’s letter beats Ogbeh’s for length, though not for vitriol.

If Obasanjo was a prophet without honour at home, the book doesn’t leave out his clout on the foreign stage, where he is without question, one of the continent’s most durable, respected and accomplished figures

A disagreement over strategy between him and Obasanjo led to an incredible literary crossfire, in which Obasanjo reminded Oluleye (the operations officer of the Nigerian Army at the time), in one of the most ponderous pieces in the collection, that he (Obasanjo) read his battle more “on the ground, rather than on the map”, a sarcastic reference to the former’s background role during the war.

Yet, given Babangida’s gift for taking Nigeria for a ride at the time, not a few thought he was eminently deserving of Obasanjo’s bitter tongue.

Just like he would do to Presidents Goodluck Jonathan and Muhammadu Buhari many years later, although under different circumstances, Obasanjo told Babangida to stop playing games with the country.

“Just pack and go,” he said in a letter that summed up the country’s mood at the time.

If Obasanjo was a prophet without honour at home, the book doesn’t leave out his clout on the foreign stage, where he is without question, one of the continent’s most durable, respected and accomplished figures.

The Letterman also portrays the little-talked-about side of the man — his sense of gratitude and loyalty to his friends (he cherished and preserved his relationship with Chukwuma Nzeogwu beyond the latter’s death and never forgot, to the last person, those who stood by him when Abacha imprisoned him).

Obasanjo gave as much as he took.

Yet, in over five decades of his epistolary odyssey, two responses to his letters shed important light on his psychology.

One was Obafemi Awolowo’s response to Obasanjo’s letter of December 13, 1979.

In an attempt to set the records straight, and possibly absolve his government of favouring Shagari in 1979, Obasanjo had taken exception to Awolowo’s damning address at his party’s congress.

Within two days, Awolowo replied in detail, with logic, argument, facts and language that would seem to condemn the retired military head of state to a place in hell and yet make him feel obliged to look forward to the trip.

It was one of the few responses in the book for which Obasanjo had nothing to say in reply.

But more importantly, it also said something about the letterman’s psychology: in spite of his extraordinary appetite for literary pugilism, he knows when to throw in the towel!

Yet, there was another famous reply, omitted in the book, which the letterman will not forget in hurry: the July 18, 2003 reply of Nobel Laureate, Professor Wole Soyinka.

The letter, released after Soyinka insisted that there was “a nest of killers” in Obasanjo’s government following the murder of the Attorney General and Minister of Justice, Bola Ige, was in response to Obasanjo’s letter of July 14, saying Soyinka was harsh with his government because he did not give the laureate’s nominees government positions.

After Soyinka’s reply in which he described Obasanjo as a “Rambo on the loose” and the former president’s letter as “the low watermark of his correspondence career”, nothing more was heard from the letterman for a very, very long time.

But The Letterman is not a psychoanalysis of the bully complex.

It’s a story of Obasanjo’s patriotism and his opportunism, his heroics and his hubris, his courage and his conceitedness.

It might be harsh to liken the letters to the Picture of Dorian Gray, Oscar Wilde’s Gothic fiction of how our obsessions reflect our inner turmoil however we might try to disguise or deny them. But the truth is, in those letters, we see Obasanjo, not as fiction, but as he really is.

He is, after all, human.