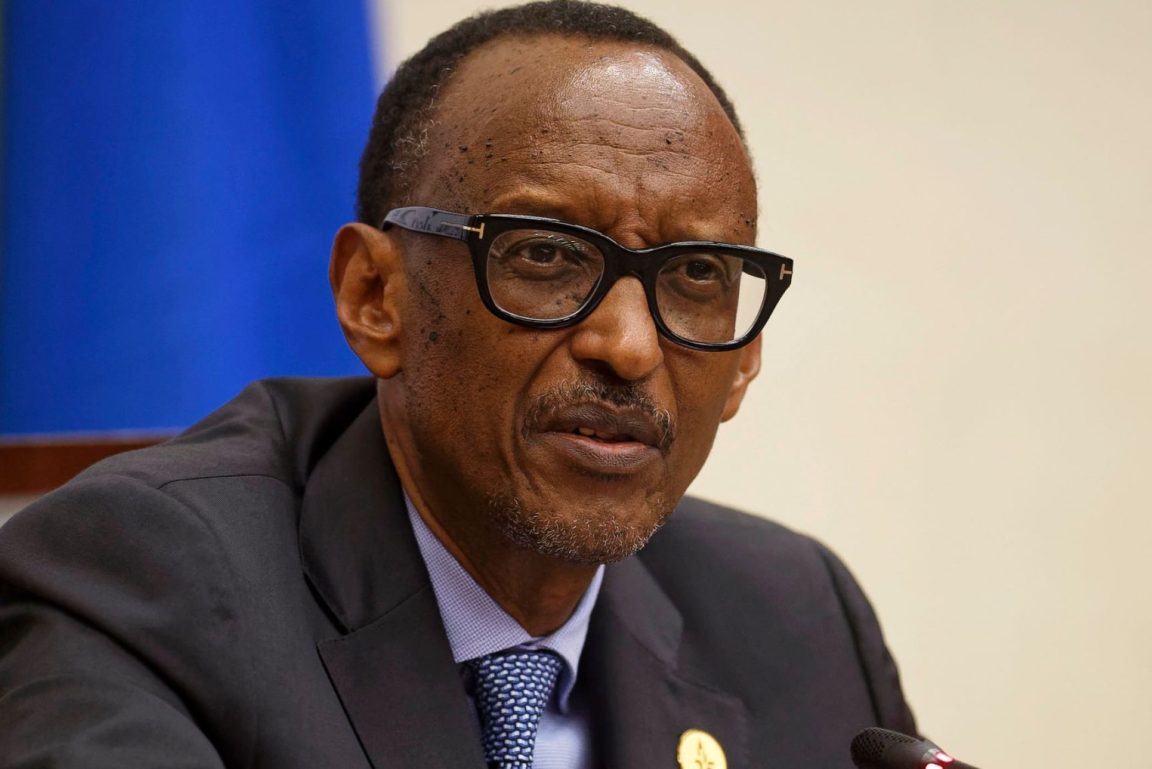 On the sidelines of the 26th edition of Commonwealth Heads of Government Meeting (CHOGM) holding in Kigali, Rwanda, President Muhammadu Buhari and his team Thursday morning visited the Kigali Genocide Memorial, which is one of the monuments in memory of about a million people that were killed in the 1994 pogrom.

The Hutus had in 100 days of rage and madness embarked on ethnic cleansing of Tutsis, and the country nearly died.

Between April 7 and July 15, 1994, minority Tutsis were systematically eliminated by ethnic militias, and some renegade soldiers and policemen.

Hell really came down, and made its abode in the Central African country.

Tutsis were killed in cities, towns, villages, in their homes, in churches where they had huddled for refuge, in schools, everywhere.

And to make matters worse, the victims were killed by people who had been their neighbors, family friends, and allies.

A Hutu pastor reportedly killed hundreds of his church members who were Tutsis, while husbands killed wives, simply because they were not of the same ethnic stock.

At the site we visited, 250,000 lay buried, about one quarter of the number that died.

Some moderate Hutu and Twa people were equally murdered. Hatred boiled over, and that was the result.

We have always warned about hate speech that is rife in our own country, Nigeria.

You hear it from so-called bishops, imams, talk show hosts, phone-in programs on radio and television, anywhere, and everywhere.

I had written before that if Nigeria dies, it is hatred that killed her.

And our pastors would not be innocent.

Nor the imams, and everyone that trades in hateful language against government and other ethnic groups.

Those things pile up continuously, till it boils over, and cascades on an entire country. The heinous crimes we see in the land today cannot be entirely divorced from hateful and incendiary speeches.

The tour of the Genocide Memorial took the whole of one hour and five minutes.

You start from a video account from survivors, who recounted the gory way in which fathers, mothers, siblings, children were slaughtered, and how they were lucky to be alive. Sad. Dolorous.

And then we moved to the burial place of the 250,000 victims. A pensive President Buhari lay a wreath there.

Then to a pictorial excursion of the history of Rwanda.

They had once been a happy, united people before colonial rule came. They had their monarchical system, and the fissures among them were not emphasized.

The monarchy was abolished, the country suffered instability and the differences between the people became prominent.

The Hutus began to see themselves as superior beings, a kind of Aryan supremacy as espoused by Adolf Hitler.

Come and see skulls of the dead.

In many hundreds. Bones that were exhumed and preserved. In many thousands.

Pictures of the dead, adults and children, men and women, in their thousands.

Clothes and personal effects of the slain. All kept for posterity to see. It was man’s inhumanity to man at its worst, result of hatred, malice, evil hearts, ill will.

Let us carry those bishops and pastors who spew hatred from the pulpit, and bring them to the genocide museum.

And the imams too. Maybe they will ‘lend themselves some brain.’

And the TV and radio hosts, who make snide, hateful remarks, and allow their guests to do the same. That was the same road Rwanda trod, and genocide was unleashed on the land.

The media is said to have played a huge role in the genocide, lending itself to being used to denigrate the Tutsis.

Till things boiled over. One Hassan Ngeze is on record to have written in a newspaper he owned and edited, about the Tutsis: “Let whatever is smouldering erupt.”

Some broadcasters said on radio: “The graves are not yet full…Go to work.”

They instigated the deaths of thousands of people.

Happily, two of them are today cooling their heels in jail, serving life terms. Others are serving equally stiff sentences.

Hate speech, or hate media is an ill wind that blows no good.

Haters in Rwanda sowed the wind, and reaped the whirlwind. We need to watch it in our country, too. It can happen anywhere, unless we take care.

Permit me to recall some of the things I said in an earlier piece, with the title, If Nigeria dies,hatred killed her:

What a week it has been for our own dear native land!

Just at the beginning of the month, as the country turned 60 as an independent entity, President Muhammadu Buhari had charged us to “begin sincere process of national healing, eliminate old and outworn perceptions that are always put to test in the lie they are.”

Some people call it ‘the mistake of 1914,’ in which what used to be the Northern and Southern Protectorates were forcefully cobbled together by the colonial masters, leading to the emergence of Nigeria.

Since then, it has been one uneasy relationship among the people that make up the Union.

Suspicion of domination, ethnic rivalry, fear of being given the shorter end of the stick, gaining unfair advantage, and the like, have characterized the relationship.

And the overriding sentiment is hatred, fueled and justified by many factors and tendencies.

If Nigeria dies, whether now or in the future, hatred killed her.

How can a people go about, bearing giant-sized grudges against their country, its leadership, against one another, and expect that country to live in peace and prosperity?

It won’t happen. “When we don’t know who to hate, we hate ourselves,” observed a writer.

The EndSARS campaign began as an agitation against police brutality, in which there was unanimity of purpose. And suddenly, it became a vehicle of hate.

Against leadership, against national cohesion, an opportunity to settle political scores, and equally prepare for power grab in 2023. Hatred came into the mix.

The agitation by youths against injustice and oppression suddenly took on a variegated nature.

Separatists came under the umbrella, and began to advance their cause, working for the dismemberment of the country.

Those beaten black and blue in 2015 and 2019 elections also crept in, and asked for pound of flesh, while also plotting for a return to power in 2023.

The venom, which peaceful protests eventually became, can only be summed up by one word. Hatred.

How can you begin to club people to death, in different parts of the country?

How can you set fire to national assets and institutions, storm prisons and release prisoners into society, all in the name of peaceful protests?

No, peace had fled through the window, and hatred was fully in control.

There are many factors and agencies of hatred in Nigeria, and until we learn to purge ourselves, the country may never move beyond where it has been pirouetting and gyrating for six decades.

Like the macabre dance, it has been one step forward and two steps backwards.

Hatred is evinced from many quarters for Nigeria, and for its government and people at any given time.

It comes from churches, mosques, professional activists and agitators, interest groups, some elements in the media, so-called analysts who never see anything good, and so on and so forth.

When things boil over in graphic demonstration of hatred, it is a culmination of negative sentiments and tendencies.

They come in persistent negative postings on social media, which generate and stimulate hate.

From hateful messages from the pulpit, as if that was the message of love Jesus Christ handed over to his followers.

From unduly critical messages during jumat services. From radio and television programs, in which bile is spewed.

From talkshows which become a harangue of government, newspaper articles and columns tailored to instigate and generate dissent, and the like.

“I have decided to stick with love. Hate is too great a burden to bear,” said Martin Luther King, Jr.

But not for some Nigerians who have decided to hate their own country.

They perpetually stoke the embers of malice, discord and discontent.

They bear a heavy burden, which they carry around everywhere, being grumpy, caustic and perpetually driven by ill will.

Hatred is a poor prop for anyone to lean on.

But to those malicious souls, the more malice they generate for their country, the better they feel.

They may carry fancy religious titles, or parade as activists, analysts or newspaper columnists, but what they are is really simple. Hate mongers, and one day, they may ensure that Nigeria dies.

Not of old age or other natural causes, but of hatred.