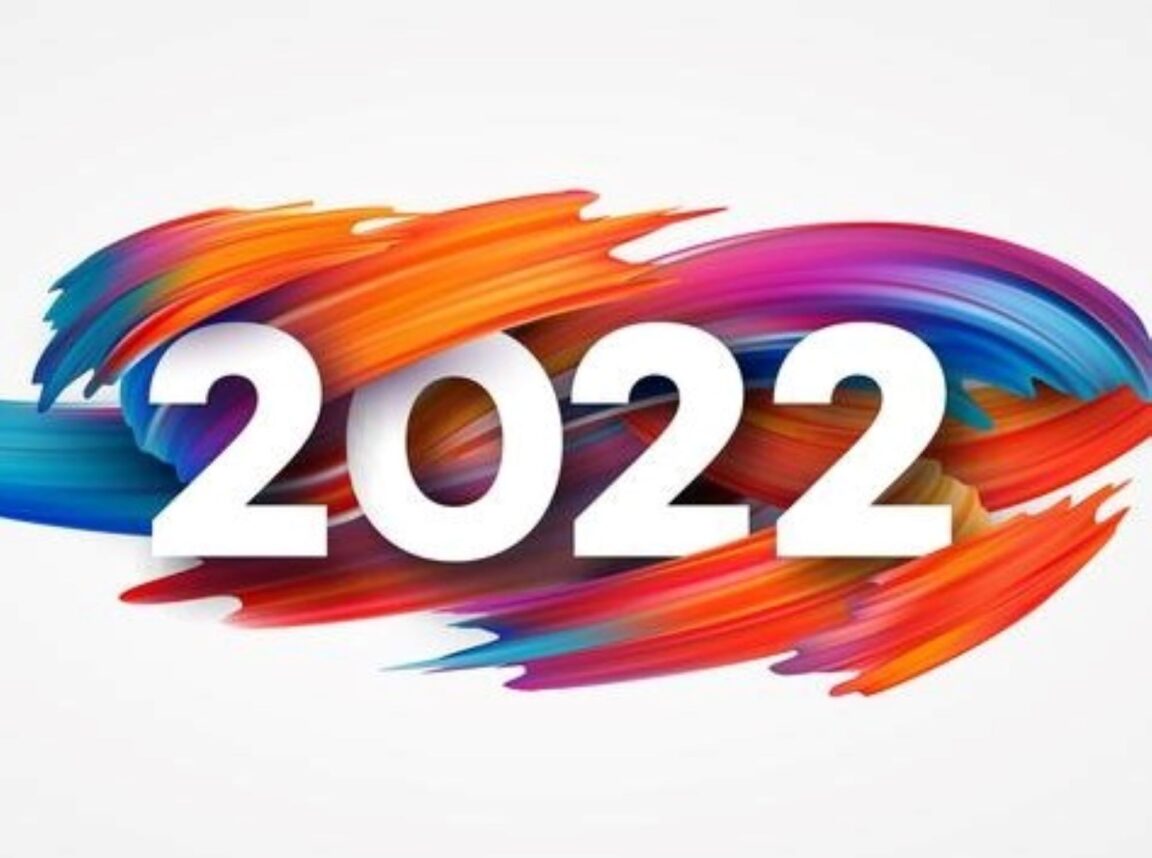 Azu Ishiekwene: After three centuries, one of the world’s longest running heists could be entering its final chapter in 2022 / Photo credit: Leadership.ng
128
SHARES
ShareTweetShare
ShareRepostPinterest

No, it’s not what you think.

Perhaps the only connection between the memoir and what you’re about to read is a borrowed inspiration to re-purpose the title.

I laughed my way through the book. If you knew Akande, you’ll probably guess why.

He writes not only the way he talks, he writes just the way he is: direct, ruthlessly guileless and almost without a sense of danger.

For the past two years, or so, I have taken on the hazardous job of popping my head around the incoming year and trying to make sense of what I suspect might happen down the road, based on information from valuable sources cultivated over the years, some desk research and gut feeling.

I have not always used a regular title for this exercise.

But considering the interest generated by Akande’s book, his gift to my yearly muse from now on might well be, “My Precipitations”, which is a variant of his book title.

On January 3, 2019, I published this yearly forecast under a different title: “2019: Facts, fiction, myths…and what matters.”

In the article, I forecast, among other things, that Atiku Abubakar would lose, Fintechs would get stronger, telcos would get super agent/banking licences, and Manchester City, despite falling hugely behind, would win the English Premier League.

I was bang on the money.

2020 was a bad year for seers worldwide, with the wreckage of many a reputation buried in the mire of COVID-19.

Perhaps to the last man, futurologists missed the single most significant event that shaped 2020, and also continues to dominate the headlines to this day.

Yet, whatever the blow one’s reputation as a seer may have taken, my forecast for 2021, entitled, “Place where angels fear to tread,” published on January 8, carries some redeeming, even prophetic, value.

I recall, among other things, saying in that article: “2021 will be under the shadow of 2020, well beyond the second quarter. COVID-19, that wrecking ball which evaded the world’s telescope last year, will continue to dominate the headlines…concerns will remain about the possibilities of mutations, the prospects of a third wave and the safety and viability of the new vaccines. The history of pandemics suggests that they don’t die easily.”

The opposition People’s Democratic Party (PDP), appears resurgent, but it would face its own demons soon, as the Turks headed by Governors Nyesom Wike and Aminu Tambuwal, and even Senator Bukola Saraki, will, once again, confront the party’s aging talisman, Atiku Abubakar

Ghanaian police have stolen the thunder from doomsday preachers by warning them to see no evil, hear no evil and say no evil.

For safety, I forecast a boom in the use of sign language, sociolinguistics and neurobiology in that neighbouring country.

As for Nigeria, my precipitations for 2022 begin, not where angels fear to tread, but where, in spite of the gathering storm, devils are building mansions: politics.

The opposition People’s Democratic Party (PDP), appears resurgent, but it would face its own demons soon, as the Turks headed by Governors Nyesom Wike and Aminu Tambuwal, and even Senator Bukola Saraki, will, once again, confront the party’s aging talisman, Atiku Abubakar.

The ruling All Progressives Congress (APC) will be shaken to its foundations, but it will survive.

The most problematic question for the party of course is who carries its presidential flag in the 2023 election, when President Muhammadu Buhari will step down.

Some influential members of the party, especially from the North, have been looking for an emissary to go and tell the former Lagos State governor and national leader of the APC, Asiwaju Bola Tinubu, not to run.

Just like they did the last time, they are looking for someone to repeat the trope that a Muslim-Muslim ticket, compounded by old age, will not work.

Well, unless they find someone to deliver their message before the end of January, Tinubu will declare his intention and run.

There will be other contenders, but former President Goodluck Jonathan will not be one of them.

Insiders have also hinted at the possibility of a Kayode Fayemi-Babagana Zulum ticket.

Yet, if Tinubu survives the ambush of the wolves in his party, the race is over.

The only reason why the ruling party has shifted its convention three times and refused to relinquish its temporary, ramshackle structure, is because it is afraid that Tinubu, easily the most prepared and invested candidate, may seize the party and pave a much easier way to the ticket for himself.

But for how long will they hold out?

Currently, there are three or four main blocks fighting for the soul of the APC: One is the remnant of the hardcore CPC wing of the party, comprising the acting Chairman and Governor of Yobe State, Mai Mala Buni; the Attorney General of the Federation and Minister of Justice, Abubakar Malami; and the Personal Assistant and Private Secretary to the President, Sabiu ‘Tunde’ Yusuf.

A few Southern quislings are milling about them, hoping in vain for an opening.

After the passing of Abba Kyari, the ascendant wing wrested power from such TBO originals as Sule Hamma, Buba Galadima, Sam Nda-Isaiah and co.

Adamu Adamu is still in it, but his health and temperament have turned his attention elsewhere.

In spite of the fissures among the major factions – the Buni-Malami-Tunde group; the Tinubu-Ganduje group; the exiles from PDP, mostly former governors; and governors/political appointees who are serving out their term – the first group will fight tooth and nail to block Tinubu from emerging.

If they have they will break up the Action Congress of Nigeria (ACN) camp by inciting alternative candidates against him.

Suggestions that the intra-party combat in the APC will lead to the emergence of a new party will fail.

Some will leave, of course, as a result of bitter ticket-sharing disagreements, illusions of a so-called Third Force and the fallouts of the Electoral Amendment Bill.

But in the end, the combatants know that it is their enlightened collective interest not to sink the boat however violently they may be rocking it now.

Already the party is taking steps to ensure that it not only prevails, but that the APC would retain power at all costs, and for its own benefit.

Some of these steps are already known.

For example, delaying the party’s convention for as long as possible and keeping an ad hoc executive on the pretext that the party is updating its register.

Or resisting public pressure to use electronic transmission of results on the excuse of poor nationwide network coverage, only to ambush the public again by inserting the provision in the current Electoral Amendment Bill, which we are now told President Muhammadu Buhari will not sign.

But the fate of the Electoral Bill will not be the joker.

The real joker this year would be the ongoing effort by the political elite within the ruling party to hijack the Independent National Electoral Commission (INEC).

The process, which started after the 2019 election, has shifted gears with a recruitment system that prioritises loyalty to the ruling party.

By August when the tenure of the 27 resident electoral commissioners will be completed, INEC would be a largely inexperienced and beholden electoral management body, waiting to repay IOUs to politicians who nominated most of them for the job.

RECs whose tenures have been outstanding and who could have been retained to strengthen the system will be flushed out.

The ruling party will capture INEC this year.

It’s okay to debate the Electoral Bill, and we should.

But like it happened in 2007, even after INEC Chairman, Maurice Iwu, dragged everyone, including ambassadors all across the country, showing off his VSAT systems in the 774 local government areas, Nigeria still had its most shambolic elections ever because the process was left in crooked hands.

That scenario will play itself out again.

There will be relief on the COVID-19 front after the winter period.

With the availability of treatment at early stages, the impact of the virus on the world economy will abate, easing supply chain problems and bringing significant recovery to the global economy – and of course, to Nigeria.

The Presidency has said all terrorists in the North East will be wiped out this year.

That’s a prayer, not a plan.

If morning shows the day, a terrorist group that has advanced from slings to scrap weapons and then on to automatic weapons and rocket launchers does not look like Boy Scouts waiting for disbandment on presidential orders from Aso Rock.

The terrorists have not only planted flags and seized territory in some parts of the North East (and the North West, too), they’re collecting levies and taxes!

On the eve of a major election in Nigeria, the ISWAP/ISIS terrorists will try to extend their reach, buoyed by increasing insecurity and instability in the subregion.

Foreign governments that could have helped are tired of trying.

With Buhari in his lame duck phase, they’ll be looking to the next government.

There will be some bright spots though.

Not in the African Cup of Nations where shabby preparations are guaranteed to cause Nigeria another heartbreak (bookies will do well to bet on Senegal or Algeria), but from Robin Hood country, England.

In the Queen’s Platinum Year, the 70th year of ascension to the throne, the New York Times is reporting that the UK could follow Germany’s lead by returning some of the country’s stolen artifacts, especially the Benin Bronzes.

After three centuries, one of the world’s longest running heists could be entering its final chapter in 2022.

But it would also be the beginning of a new chapter for the World Cup which would be held for the first time in the Middle East.

Qatar, the hosts, and 12 other countries have qualified as of the end of 2021.

Nigeria will qualify in the final playoffs in March, but again the two African countries betworthy when the games begin in November in Qatar are Senegal and Algeria.

By the way, it’s the Metaverse year, which means, thanks to Mark Zuckerberg, if you don’t like where you’re at, you can make your own future with the help of an avatar!