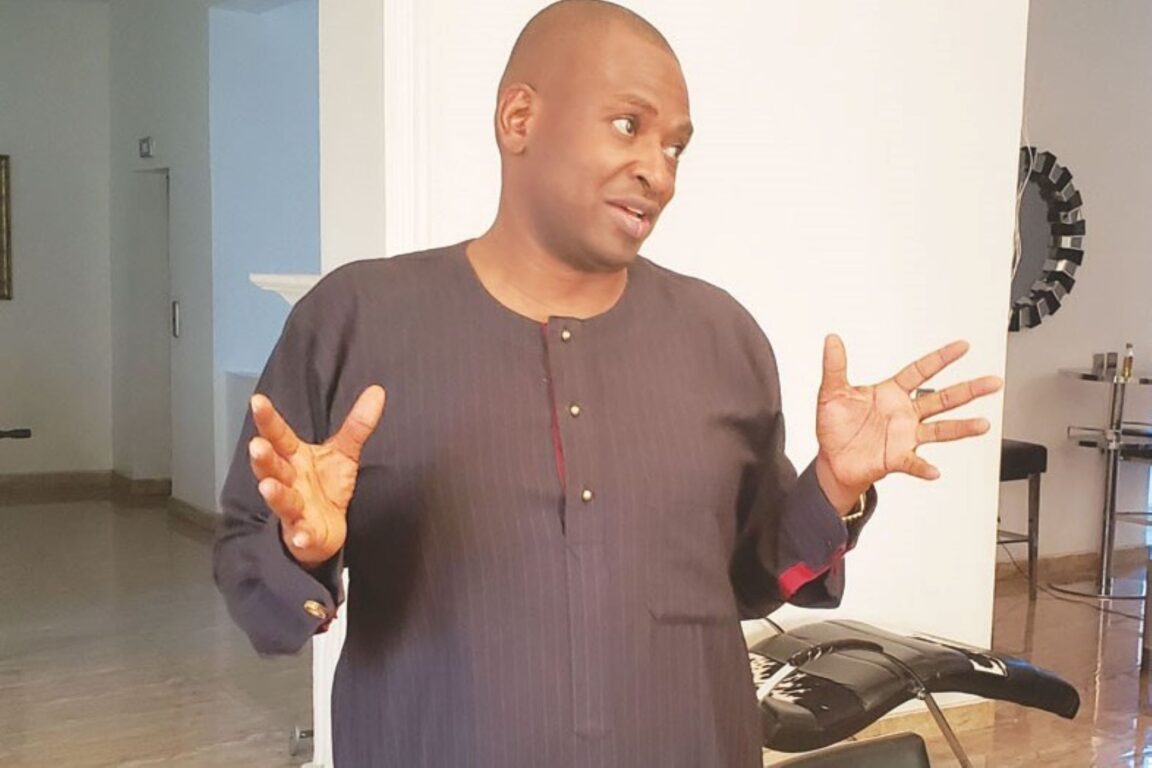 Corruption does not always produce just a financial consequence.

Its dangers to society manifest in a myriad of angles, some of which were in full glare in the collapse of the 360 Degrees Towers in Ikoyi, Lagos.

We must pause and not move on this time, to review the remarkable ineptitude in the regulatory and law enforcement environment that continues to endanger Nigerian lives.

The rise and fall of the signature property project of Fourscore Limited is an opportunity to learn lessons about what could go wrong when things are not done right.

Without learning lessons and taking corrective actions, we could be laying the ground for the next collapse, in which any of us or our loved ones can perish under a badly constructed building anywhere in Nigeria.

Yellow journalism has surrounded the disaster, when the focus ought to be on human greed and a corrupt system that are at the root of poorly constructed structures that too often waste lives.

Most of the attention has been centered on celebrity, prestige and political trap – the flimsy things – rather than the fundamental issues leading to the disaster.

It is so important to go beyond the sensationalism that has surrounded the tragedy so as to tackle the apparent systemic failures that cause the needless loss of lives in the society.

In Nigeria, it is not unusual for houses to crash down on people because of bad construction and poor quality of homes. Frequent collapse of buildings is the price being paid for dishonesty.

Ours is a society where everyone expects to be cheated and everyone makes an allowance for it in their plan.

As there is an assumption of dishonesty in all dealings, owners erect checks at every stage to reduce the magnitude of loss.

What is paid for is not what is delivered.

If you dare fail to supervise or have eyes on the ground, sub-standard materials are supplied and used by service providers who cut corners to increase the yield.

Nigerians have so distrusted each other that, from stories told by friends, many now prefer to use the services of foreigners from neighboring countries of Benin Republic, Togo, Ghana and Cameroun, who are seen as being more trustworthy.

Added to our problem is that of poor enforcement of regulations, when they exist.

Those who know the law ignore it, confident that they can always bribe their way out if something goes wrong. There is no problem that cannot be fixed for a price in Nigeria.

If you have a problem with the police, all you have to do is prepare some bribe that fits the crime.

Politicians steal from the public treasury every minute of the day, and the anti-corruption agencies only make noise for some time before everyone suffers memory loss.

According to The Punch, no fewer than 213 persons have died from collapsed buildings in the state since 2014, and there has been zero convictions

Against such a background, violating building regulations is not the most important concern of a builder -it is not making a hefty profit.

In the case of the 360 Degrees Towers that collapsed in Lagos, reports indicate that the developer was arrested in 2020 for violations, but was released within a few hours.

Had the violations been pursued to a logical conclusion by officials, the lives that were lost, including that of the developer, Femi Osibona, would have been spared.

There is always a danger in a society where it is so easy to peddle one’s influence.

Those with money to burn just need to make a few calls to the powerful to be free from prosecution.

It seems that was exactly what Osibona did to his own peril.

If the case had been pursued, the 43 persons who have died, including friends and employees of the owner of 360 Degrees Towers, may have been alive.

For the umpteenth time, regulators and enforcers of law did not do their jobs in Lagos State.

Officials failed to save Femi Osibona from himself.

Much has been said about the intent of the developer to build with quality, but why was he arrested and quickly released?

The developer has developed properties in the UK, US and South Africa, we heard.

Why is it that it is only the one in Nigeria, where he has not done much business, that collapsed? Nigerian regulators must see the picture of ineptitude surrounding their work.

The duty of government is to provide security and save the public from danger.

Regulations are results of experience and knowledge, meant to protect the public from risk.

Government fails when regulations are not written or enforced.

In this regard, the Lagos State Government has failed woefully in its obligations to the people it serves. All the running around by the governor, his deputy and other officials of the state are useless.

They are all shedding crocodile tears.

Where were the officials when they saw the building towering above its approved height?

Such a building is not inconspicuous. It sat on prime land in a prime section of town.

Who initiated the case against the owner when he was arrested, and why was it an open and shut case?

There are numerous questions to ask, but answers may not matter because the suspect is gone with the house, leaving us with the lamentations of a state government that is an accomplice.

I dare Lagos State to hold a public hearing that is truthful.

According to The Punch, no fewer than 213 persons have died from collapsed buildings in the state since 2014, and there has been zero convictions.

“This is just as at least 145 buildings have collapsed in the state between 2007 and now. The 213 figure is the summation of casualties in seven different incidents between 2014 and 2020.”

Still fresh in memory is the collapse of a five-story building belonging to the Lekki Gardens Estate in 2016 where 34 persons died.

Although the state government was not able to prevent the collapse when there was a glaring defect, it has since swung into action to profit from the loses of its citizens.

The state took the Lekki Gardens Estate to court for criminal negligence, but curiously sought settlement for N100m to the state government and N10m as compensation to the families of each of the five victims.

Instead of ensuring that the law was applied, Lagos State decided to reap where it did not sow, sending the wrong signals about the seriousness of criminal negligence when human lives are involved.

But Lagos State is just a case in point. Poor enforcement of regulations, bribery and corruption across the country are putting Nigerian in harm’s way.

The Nigerian Institute of Building (NIOB) reports that no fewer than 43 buildings under construction collapsed in Nigeria in 2019 alone, of which 17 of the cases were recorded in Lagos.

In a paper published in the Journal of Civil Engineering and Environmental Science, JSD Dantong and others addressed unethical professional practices and poor craftsmanship of construction projects.

They concluded that Nigeria was dealing with “high construction cost; delay in project delivery; poor quality works; incidences of collapsed buildings; high level of corruption; poor or lack of regulation; dominance of substandard materials; non-patronage of indigenous contractors; over dependence of imported materials and components; non-involvement of the right professionals or the use of non-professionals in project delivery; ineffective physical developmental control regulations, structures and processes; contract trafficking; excessive cost overrun; poor supervision of projects; high level of ignorance of project delivery regulations and processes; poor physical planning and control; and conflict in professional services.”

Too many things are wrong in the construction industry for the kind of collapse at 360 Degrees Towers in Ikoyi not to occur.

As with most things Nigerian, there needs to be a cleanup of the construction industry after we have passed the phase of sensationalism and entertainment about the 360 Degrees project disaster.

We need a stronger regime of regulations and enforcement that respects the protection of human lives.

The local governments must ensure adherence to building codes in their domains. Where codes are violated, certain and severe punishment must be meted.

We do not have to live under the perpetual fear of a building collapsing on us because of corruption and incompetence.